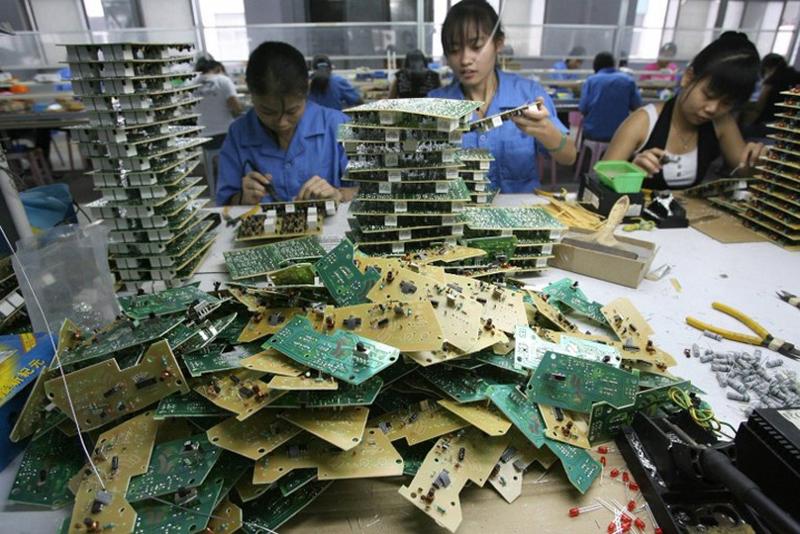 China wants foreign investment in its plan to become a world-class player in semiconductors.

As part of efforts to reduce an overwhelming reliance on foreign technology, the Chinese government set up a fund that aims to raise up to200 billion yuan (US$31.7 billion) to back a spectrum of domestic firms from processor designers to equipment makers.

The second phase of the national IC fund is still raising money. We welcome overseas companies to participate in the fund.

“The second phase of the national IC fund is still raising money. We welcome overseas companies to participate in the fund,” Chen Yin, general engineer and spokesman of the Ministry of Industry and Information Technology, told reporters in Beijing.

Semiconductors lie at the heart of a spat between the world’s two largest economies, a dispute that’s swelling tariffs, chilling Chinese investments in American companies and hampering the Asian nation’s development of technologies from fifth-generation wireless to artificial intelligence. The US government is even reviewing the possible use of a 1977 law under which President Donald Trump could declare a national emergency, block transactions and seize assets.

US blacklisting of Chinese telecom giant ZTE Corp has ironically galvanized China’s existing plan to shell out some US$150 billion over 10 years to achieve a leading position in chip design and manufacturing.

China’s trying to reduce a reliance on some US$200 billion of annual semiconductor imports – about as much as it spends on importing oil. China buys about 59 percent of the chips sold around the world, but in-country manufacturers account for only 16.2 percent of the industry’s global sales revenue, according to PwC LLP. But a bigger fear is that a weak semiconductor industry could hamper a now-thriving technology sector.

ALSO READ: China to be a top display maker in 2019

The first IC fund raised about 140 billion yuan that went toward more than 20 listed companies, including ZTE and contract chipmaker Semiconductor Manufacturing International Corp. Investors in the initial vehicle were mainly central and local governments and state-owned enterprises. It’s unclear whether the MIIT has entertained any foreign approaches.

“China has a vast electronics information market and we will continue to take the path of innovation and international cooperation,” Chen said. “We will push for quicker breakthroughs in key technologies.”