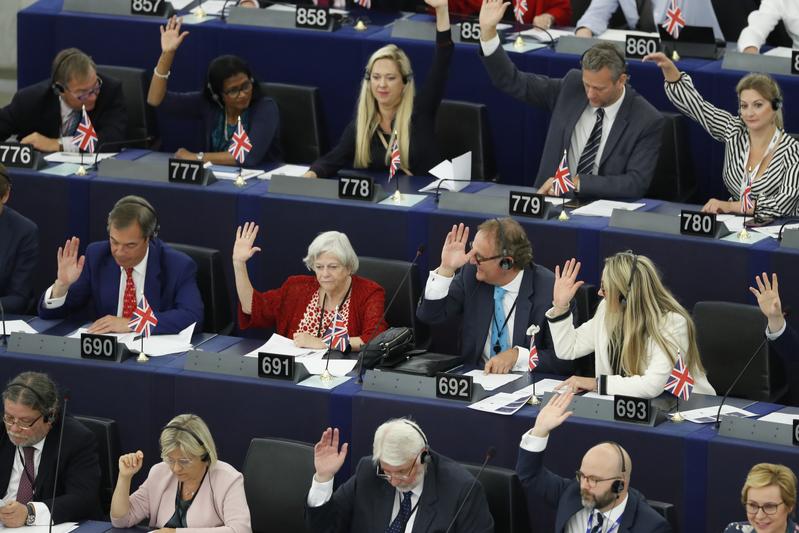 STRASBOURG, France — European Parliament lawmakers on Wednesday voted overwhelmingly in favor of another Brexit delay if Britain requests one and certain conditions are met, after European Commission President Jean-Claude Juncker told the chamber that a no-deal scenario remains "very real."

The main sticking point over a Brexit deal is the Irish border backstop, which would require Britain to respect EU trade and customs rules in order to avoid a hard border between EU member Ireland and the UK's Northern Ireland until a better solution is found

After a three-hour debate, the lawmakers adopted a non-binding resolution supporting another extension to the Brexit deadline. Lawmakers voted 544-126 with 38 abstentions in Strasbourg.

Despite claims from British Prime Minister Boris Johnson that the UK will leave on the scheduled Oct 31 date with or without a withdrawal agreement, EU leaders are expected to discuss the possibility of another postponement at a two-day summit in Brussels next month if no progress toward a deal has been made by then.

Britain's departure from the 28-nation bloc has already been delayed twice.

EU lawmakers put conditions in the resolution, saying they would only support an extension if it was justified by a specific purpose such as "avoiding a no-deal departure, holding general elections or a referendum, revoking Article 50 (the procedure that triggered the Brexit process), or approving the (current) withdrawal agreement."

Speaking at the parliament before the vote, Juncker, who met with Johnson on Monday, said a no-deal Brexit "might be the choice of the UK, but it will never be ours."

The main sticking point over a Brexit deal is the Irish border backstop, which would require Britain to respect EU trade and customs rules in order to avoid a hard border between EU member Ireland and the UK's Northern Ireland until a better solution is found.

In their resolution, EU lawmakers also pledged to reject any deal without a backstop and insisted Britain will be "solely responsible for a no-deal departure." The European Parliament must endorse any Brexit deal for it to be implemented.

"I have no sentimental attachment to the backstop," Juncker said, adding, however, that he remains committed to the purpose it serves, which is to prevent border structures that could be detrimental to peace in Northern Ireland.

"That is why I called on the British prime minister to come forward with concrete proposals, operational and in writing on all alternatives that would allow us to reach these objectives," Juncker said.

EU leaders have made clear that any amendment to the current proposed divorce deal should preserve the bloc's single market and uphold the Good Friday peace agreement that ended decades of conflict in Northern Ireland. 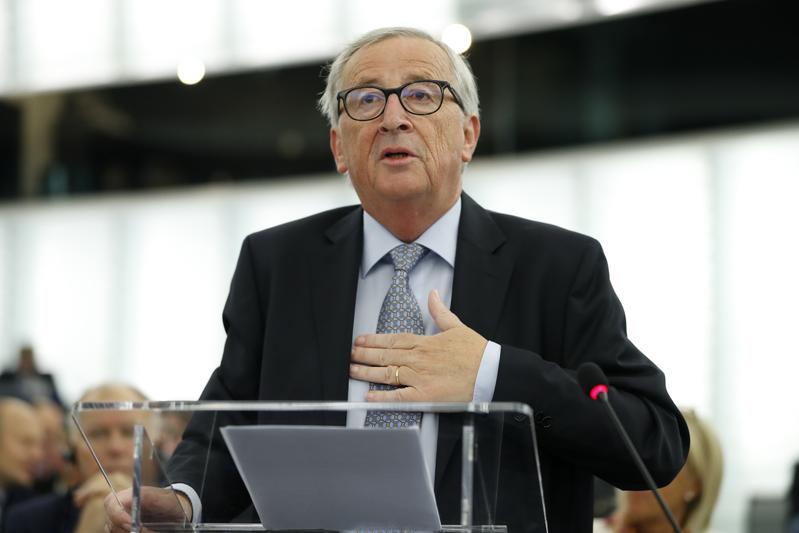 European Commission President Jean-Claude Juncker delivers his speech, Sept 18, 2019 in Strasbourg, eastern France, as members of the European Parliament discuss the current state of play of the UK's withdrawal from the EU. (JEAN-FRANCOIS BADIAS / AP)

Despite his declaration that Britain will leave on Oct 31 "do or die," Johnson insists he can strike a revised divorce deal with the bloc in time for an orderly departure. European leaders are skeptical of that declaration.

The Brexit agreement made with the EU by Johnson's predecessor, Theresa May, was rejected three times by Britain's Parliament, prompting May to resign and the fiercely pro-Brexit Johnson to come to power in July.

Again warning against the harmful consequences of a no-deal Brexit, EU's chief negotiator Michel Barnier said during the debate he wants to keep working "night and day" in order to find a satisfying deal for both parties and urged Johnson and his team to make concrete proposals.

Spelling out the need for the backstop, Barnier said if Britain leaves without any agreement at all, several major problems will still have to be resolved, including the future of citizens hit by Brexit, peace in Northern Ireland and the protection of the EU's single market and the Irish economy.

"None of these questions disappears," Barnier said Wednesday, insisting that the challenges must not be underestimated. "We need legally operative solutions in the withdrawal agreement to respond precisely to each problem — to address each risk — that Brexit creates."

"Some three years after the British referendum, it's not a question of pretending to negotiate. It's our responsibility to continue this process with determination and sincerity," Barnier told the European lawmakers.

In London, the British government was back at the country's Supreme Court, arguing that Johnson's decision to suspend Parliament just weeks before the country is set to leave the European Union was neither improper nor illegal.

The government's opponents argue that Johnson illegally shut down Parliament just weeks before the scheduled Brexit date for the "improper purpose" of dodging lawmakers' legitimate scrutiny of his Brexit plans. They also say Johnson misled Queen Elizabeth II, whose approval was needed for the shutdown.

Government lawyer James Eadie argued that a lower court was right to rule that Johnson's suspension of Parliament was a matter of "high policy" and politics, not law. Eadie called the decision to shut down Parliament "inherently and fundamentally political in nature." He said if the court intervened it would violate the "fundamental constitutional principle" of the separation of powers between courts and the government.

Back in Strasbourg, the European Parliament's top Brexit official attacked Johnson's decision to prorogue Parliament. Noting that Eurosceptic politicians often criticize the EU for being undemocratic, Guy Verhofstadt said EU leaders "can do a lot of things, but at least they cannot close the doors of our house. That is not possible."