CPA Australia executive Ivan Au is on an endless mission

CPA Australia executive Ivan Au is on an endless mission. He tells Duan Ting he’ll not waver in striving for global recognition for the thousands of members the organization represents. 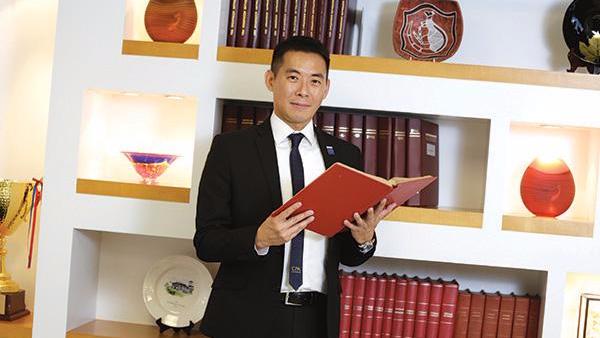 Seasoned accountant Ivan Au knows his onions — his profession and doing business are cheek by jowl.

He has no regrets about having changed course before embarking on his tertiary education in Australia, adamant that business still holds great sway in life, unfazed by the fact that a great number of his family members had gone very much in another direction — the media.

“Accounting is tied to the numbers game to reflect business in a financial way. It’s the language of business and it tells stories about business,” says Au, divisional president for Greater China at CPA Australia — the Melbourne-based group that’s one of the world’s largest accounting bodies with more than 160,000 members from across the globe.

“We’re relentless in our resolve to win greater recognition for our members around the globe and help them win leadership roles.

“The value of being recognized as a CPA Australia member is that it provides international recognition, a platform to network across different positions and industries,” he tells China Daily.

CPA Australia’s involvement in Asia has been protracted, dating back to the 1950s following its founding 131 years ago, with the goal of lending greater impetus to the accounting profession in the Asia Pacific region. Thus, it’s not oblivious to the momentous economic growth in China over the years that has nudged many Chinese mainland enterprises to “go out”, offering great openings for the accounting industry.

The push has been accentuated by President Xi Jinping’s much-hyped Belt and Road Initiative that has further encouraged more mainland companies to spread their tentacles overseas.

“Along with the mainland’s rapid economic growth, the need for accountants has grown in tandem. We certainly aim to grow fast and we expect more members. There are lots of opportunities ahead as mainland companies continue to go international,” Au stresses.

“The other very fundamental value of CPA Australia is efficacy. We certainly value our members’ efficacy in important matters, including policy matters affecting the economy and the professionals.”

According to CPA Australia’s China Human Capital Survey conducted in 2015, half of the respondents reckoned there’s an acute shortage of skilled accounting professionals on the mainland, and the job market for accountants there holds great promise.

Those polled believed that the key factors contributing to the shortage included a mismatch in education, employers’ needs, the growing sophistication of local companies, increased compliance requirements, and more mainland enterprises expanding abroad.

“One of the things I do is outbound investment. I help lots of Chinese companies invest overseas. As a CPA Australia member, I’m in a very good position to help them with the international recognition and global knowledge I’ve garnered from my membership and be a kind of a bridge between Chinese businesses and their overseas counterparts,” says Au.

An international qualification in accounting, plus extensive working experience dealing in international cases, will stand out in the race, he believes.

“The CPA program, being a contemporary and internationally relevant program, ensures that our members are well-equipped to tackle any challenge regarding accounting, finance or business in today’s global marketplace. Providing them with more than a technical accounting focus, the program goes beyond the numbers, teaching them the skills to help them reach the next level in leadership, strategy and business.”

“Knowledge and networking are our strong focuses and we want our members to be well known for that.”

Au recalls that, as a CPA Australia member, world recognition and knowledge have given him the ammunition to communicate with many mainland companies concerning their investments overseas.

With 18 years of accounting and assurance experience under his belt, Au has seen a sea of change in the industry in terms of the standards and regulatory environment worldwide, such as in technology — a sector in which the Chinese mainland has surged ahead with enormous speed.

“We’ve seen destructive changes brought about by technology, including artificial intelligence and big data, in the finance and accounting sectors,” he says.

“In our industry, lots of people are talking about artificial intelligence and big data. How to make use of technology and make accounting efficient and more transformational is important to companies. The very fundamental value of accounting revolves around useful information, which means the information is relevant, reliable, accurate and timely.”

CPA Australia has also been actively promoting technology within the organization to allow its members to gather the knowledge anytime, anywhere.

It has an online learning platform called “My Online Learning”, which allows members to update their skills and help them study the CPA program.

According to Au, when CPA Australia started off in 1886 in Australia, it had only 45 members. It has since turned into one of the world’s largest professional accounting organizations that now boasts having more than 160,000 members working in 118 countries and regions, 25,000 of them in senior leadership roles.

The Australian government launched the Colombo Plan in the 1950s — a bold initiative designed to strengthen the country’s ties with Asia. It provided opportunities for students in Hong Kong to travel to Australia to study accounting. “Many of them have since returned to Hong Kong and become forefathers in supporting and expanding their accounting profession in Hong Kong.”

CPA Australia (formerly known as the Australian Society of Accountants, or ASA) supported the plan and actively encouraged returning graduates to become members of CPA Australia so they could maintain their links with Australia.

Demand to obtain Australian CPA designation has grown steadily in the past six decades and, in 1955, a local Committee of Advice and a representative were appointed. Their Hong Kong office was formally set up in 1990 and the number of members has expanded significantly since.

“In the old days, a lot of our members were in the traditional industries, but now they’re from a broader spread, including the technology and innovative sectors. And, they’re not just accountants, but also business leaders and CEOs in management roles,” says Au.

CPA Australia has been running its first representative office in Beijing since 2002. To strengthen its commitment and cooperation with the accountancy profession on the mainland, the organization opened offices in Shanghai and Guangzhou in 2006 and 2012, respectively, and set up a liaison office in Macao in 2007.

“Accountants need to be all-rounded rather than being too specialized in one thing, and be able to see the big picture. They need to have strong analytical skills and embrace technology, such as in big data, the right way.”

Helping to pass on the baton from a mentor

Initially, Ivan Au, divisional president of Greater China for CPA Australia, thought that advertising and marketing might have been his cup of tea as several of his family members were already in the media business.

He later changed his mind and joined the University of Sydney, Australia, with the ultimate goal of becoming a businessman. He opted for marketing and accountancy, and went on to obtain a Master of Commerce (accounting and finance) degree at the university.

“This is the language of business and it tells stories of business,” he argues.

Upon graduation, Au realized it’s more important to qualify as an accountant and so he looked to CPA Australia. He says he’s grateful having had a good mentor who did accounting and had worked for a professional accounting firm and who shared with him lots of advice.

Au subsequently joined accounting giant PricewaterhouseCoopers (PwC) after working at the University of Sydney as an associate lecturer for nearly two years. He’s now an assurance partner at PwC.

Joining CPA Australia in 2000, Au thinks it’s an excellent platform for networking and has since been working in various committees within the organization.

As divisional president for Greater China, Au speaks on behalf of CPA Australia as an advisor — contributing ideas on the strategy and direction of CPA Australia for the benefit of its members, providing them the forum for professional debate on relevant issues, including accounting, finance, law and ethics and promoting the skills, qualifications and professionalism of members.

Along with fellow members, he also helps to develop informed viewpoints on matters impacting members and the profession.

Au founded the Young Achievers Committee in CPA Australia as he’s passionate about nurturing the future generation of accountants, and very much enjoys sharing his industry experience and knowledge with young people. The Young Achievers Committee was started in 2012 as a working group, and transformed into a committee a year later. As an advisor to the committee, he says he always tries to combine work with fun during training or networking events, and encourages young members to be involved in the community and sports.

To those from the younger generation who would like to take the plunge in the accounting industry, his advice is they should also focus on networking as one of its values is that communication generates intellectual information which enables them to pick up knowledge beyond their own horizon.

In management, Au says having a clear direction is vital and the path taken should be adored by every team member, while the management should make sure that everyone in the team does have a say.