Kashmir in lockdown, but India says restrictions will ease soon 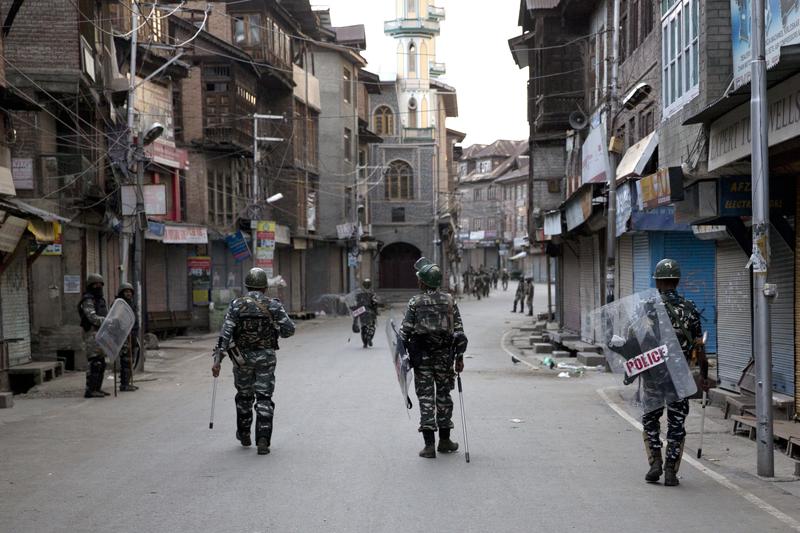 Large parts of Kashmir remained cut off from the rest of the world as a communications blackout entered its eighth day, although India said it would soon begin gradually easing restrictions.

Television footage showed barbed wire barricades set up on the streets of Srinagar -- the summer capital of Indian-administered Kashmir -- where gun-toting security forces were guarding the streets. Some of the restrictions, including one that prohibits the assembly of people, were eased at the weekend, according to local officials and some media reports, ahead of the Muslim festival of Eid.

The restrictions were put on place to stop the spread of misinformation, Foreign Secretary Vijay Gokhale said at a briefing in New Delhi on Monday, noting the curbs were precautionary and would be lifted.

ALSO READ: Curfew to be eased in Kashmir's main city for Friday prayers

“This is obviously a sensitive week, we have a major festival today, we have our independence day on Aug 15,” Gokhale told reporters. Restrictions will be gradually eased “when we feel the law and order situation improves,” he said, without giving a timeline. 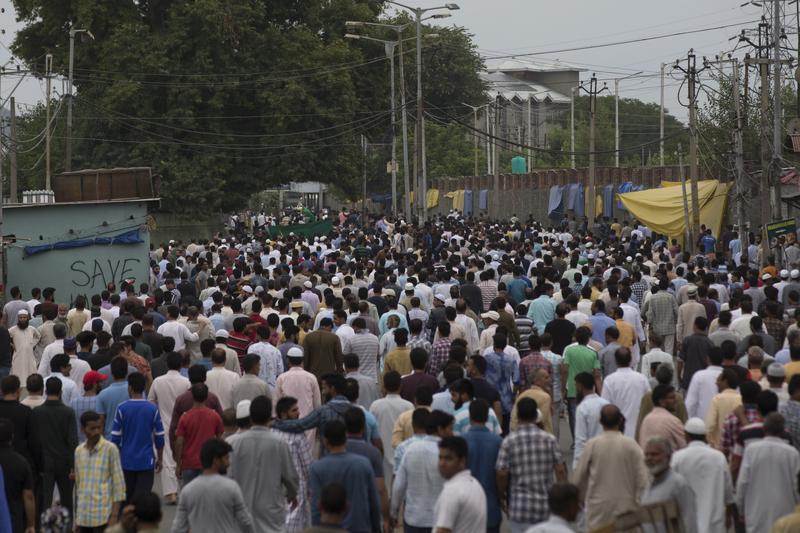 Indian authorities imposed the lock down fearing massive protests after Prime Minister Narendra Modi ended Kashmir’s seven decades of autonomy in a surprise move last week. In one swoop, the government pushed through a legislation which brought the region under central administration and allowed Indian citizens living outside the state to own land in Kashmir. The decision was taken within days of US President Donald Trump’s offer to mediate between India and Pakistan. India rejected the offer that came after Trump met Pakistan Prime Minister Imran Khan to seek his help to pressure the Taliban into signing a permanent ceasefire in Afghanistan.

On Monday, large numbers of people congregated for Eid prayers across the Kashmir valley, Imtiyaz Hussain, a Jammu and Kashmir police officer, posted on his personal Twitter handle.

Authorities established 300 public telephone booths for communication, the government said in a statement, while banks started reopening on Saturday, according to Shahid Choudhary, the administration’s head in Srinagar.

Still, the situation remained tense, with footage from the BBC showing protesters marching on the streets and clashing with security forces.

Addressing nation on Thursday, Modi hailed a “new era” in Jammu, Kashmir and Ladakh and said the move would bring prosperity to the region, while his Pakistani counterpart Imran Khan warned of “genocide” once the curfew is lifted.

On Sunday, Amit Shah, India’s home minister said the move will bring an “end to terrorism” in the state.

Kashmir has been the main flash point between India and Pakistan since the British left the subcontinent in 1947. Both countries claim Kashmir as theirs and have fought two of their three wars over the territory. 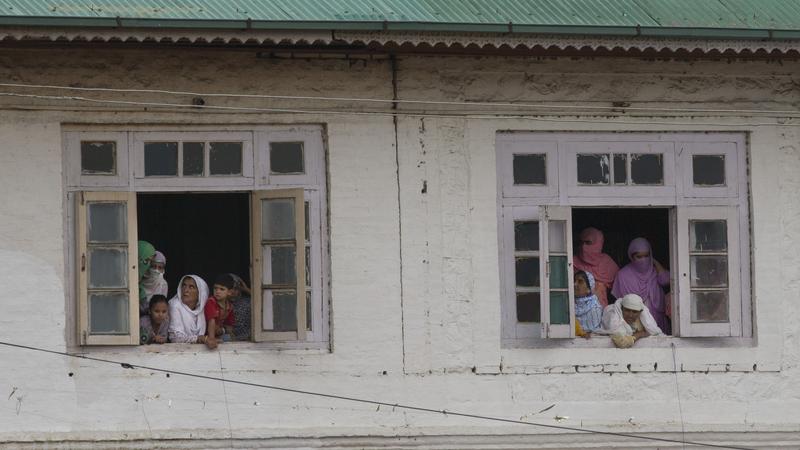 In this Aug 9, 2019, photo, Kashmiri Muslim women watch a protest march from the window of a mosque in Srinagar, Indian controlled Kashmir. (DAR YASIN / AP)

Responding to the development, Pakistan announced a series of measures to oppose what it called “unilateral and illegal actions” by India. Islamabad downgraded diplomatic relations and suspended bilateral trade with India and said it will take the matter to the United Nations Security Council and ensure its army remains vigilant. India urged Pakistan to review its decision.

READ MORE: No phone calls, no groceries: Kashmir on edge under lockdown

Pakistan also imposed altitude restrictions on foreign aircraft flying over Lahore on the weekend. Relations between the two South Asian rivals are already under strain following a suicide bombing in Kashmir that killed 40 paramilitary troops in February. India responded with airstrikes and Pakistan retaliated by shooting down an Indian jet.

India accuses Pakistan of supporting armed extremists in Jammu and Kashmir. Pakistan denies the charges and says it offers only moral support to separatists.