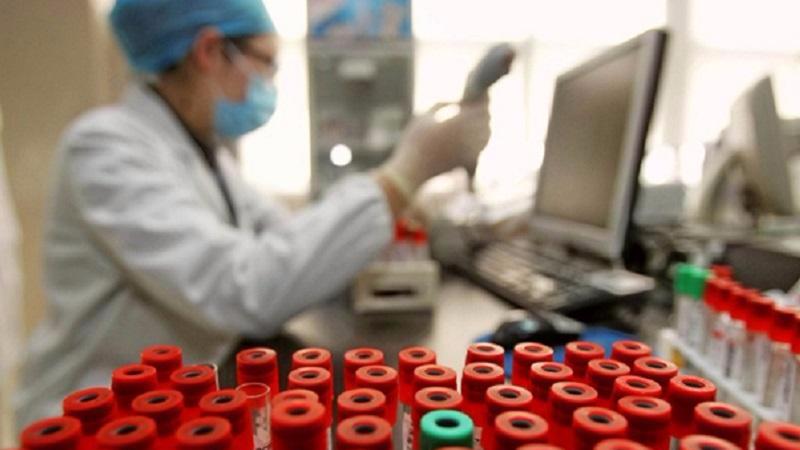 A health worker puts HIV test information to a computer at a hospital in Nantong, East China's Jiangsu province on Nov 29, 2012. China intends to set up provincial-level comprehensive hospitals nationwide to treat drug addicts who suffer from severe diseases during compulsory detoxification, according to the Ministry of Justice. (PHOTO / IC / Chinadaily.com.cn)

China intends to set up provincial-level comprehensive hospitals nationwide to treat drug addicts who suffer from severe diseases during compulsory detoxification, according to the Ministry of Justice.

Facing the strong demand for medical care, the abilities of the medical centers in rehabilitation centers lags far behind the practical needs

To staff the hospitals, local justice departments will recruit senior and experienced doctors, nurses and pharmacists, along with some part-time professors and associate professors from provincial top-tier hospitals, said Cao Xuejun, head of the ministry's Drug Rehabilitation Administration Department.

All the construction expenses will be paid by the national or local authorities.

According to the Ministry of Justice, nearly 240,000 drug addicts are being held in mandatory isolation for detoxification at 361 rehabilitation centers under the jurisdiction of the judicial administrative departments across the country.

Each of the 361 rehabilitation centers has its own medical center. Last year, the 240,000 drug addicts around the nation had to make a total of 2.9 million hospital visits, either in the medical centers or unaffiliated hospitals. That's an average of more than 10 times each.

"Facing the strong demand for medical care, the abilities of the medical centers in rehabilitation centers lags far behind the practical needs," Cao said.

The medical centers deal mainly with the normal and infectious illnesses of drug addicts, including AIDS, hepatitis and colds, to meet their basic needs, and if they are diagnosed with more serious diseases, including heart trouble or kidney disease or damage, they have to be sent to nearby government hospitals for treatment.

But the medical resources are very limited in government hospitals because there are a great number of patients waiting to see doctors. "It's more than necessary to set up the comprehensive hospitals in the provinces to treat the drug addicts with serious diseases," Cao said.

He said, they will focus on conducting a unified method of treating drug addiction, such as medical treatment, education and psychological care, rehabilitative training or diagnostic evaluation nationwide to regulate the methods of the rehabilitation centers and have a standardized evaluation system to test the effects of detoxification.

Moreover, they will classify the drug addicts based on their drug abuse histories and the severity of addiction, and take targeted measures to help them get over their addictions.