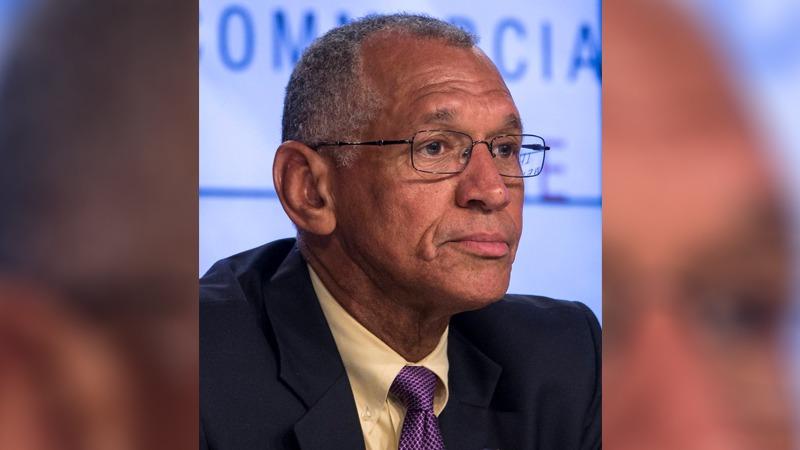 There is both optimism and a need for the United States to resume cooperation with China in space exploration, a veteran astronaut and former NASA administrator said days after the Chinese spacecraft Chang'e 4 made a historic soft-landing on the far side of the moon on Jan 2.

China should feel very proud of having accomplished this. Anytime you can do something that has not been done before, it's a reason for excitement and celebration

"China should feel very proud of having accomplished this. Anytime you can do something that has not been done before, it's a reason for excitement and celebration," said Charles F. Bolden, chief of the space agency from July 2009 to January 2017.

Congressional prohibitions on space cooperation with China－as stipulated by the 2011 Wolf Amendment to NASA appropriations bills－is a "significant legal constraint" and "hindrance" that should be relaxed or reversed, Bolden said.

Bolden was only the second astronaut in NASA's history to hold the position of administrator.

During his career as a NASA astronaut, he flew four space shuttle missions, including one that deployed the Hubble Space Telescope.

"If this administration went to the Congress and said, 'Look, we want to relax the stipulations on the Wolf Amendment' or 'We want to eliminate the Wolf Amendment', it could get passed in a heartbeat, and that would remove the restriction and we'd be able to collaborate in human spaceflight," he said.

Asked why he had such confidence, Bolden said, "Who thought Nixon would ever go to China?" referring to US President Richard Nixon's 1972 historic visit.

Bolden also gave an example of cooperation between Russia and the US, which some people think are "like two different worlds".

"There is no better partnership with Russia than NASA and Roscosmos, because we have a common mission," he said. Roscosmos is the Russian state corporation in charge of space activities.

However, early last month, US Representative John Culberson, who then chaired the House Appropriations Subcommittee, which oversees NASA and other science agencies, said he was "hopeful" Congress would continue to prohibit NASA from engaging in bilateral cooperation with China unless certain conditions are met, spacepolicyonline.com reported on Dec 7.

Culberson, a Republican from Texas, lost his re-election race. After Democrats took control of the House on Jan 3, the subcommittee chairmanship changed parties.

Bolden said that many international partners are working collaboratively with the Chinese space agency. For example, Samantha Cristoforetti of the European Space Agency, who had a highly successful mission on the International Space Station, and other European astronauts are training with Chinese astronauts. "My fear is that the US may be left out," he said.

There have been signs of cooperation and goodwill between the space authorities of the two countries in recent months. Immediately after Chang'e 4 made the first soft-landing on the far side of the moon, NASA Administrator Jim Bridenstine sent the team a message of congratulations.

Bridenstine met his Chinese counterpart, Zhang Kejian, chief of the China National Space Administration, on the sidelines of the International Astronautical Congress in Bremen, Germany, in October.

"I think it's really important for the NASA administrator to speak for the United States, in reaching out to other nations of the world to say, you know, we are with you, we look at this (Chang'e 4 landing) as an achievement of humanity. And we really want to remain partners in this effort," Bolden said.

"Because if we decide we're going to fracture and break it up, (and) everybody tries to do what's only good for me, none of us are going to succeed," he said.

Bolden, who has met with most of the Chinese astronauts who have flown to space, said when he talked to his colleagues in the Chinese space agency and everywhere else, they still would love to be able to work cooperatively with the US in human spaceflight. "Both nations have the financial wherewithal and the technical expertise to further advance this quest for humanity to go deeper and deeper into space," he said.

In addition to removing legal constraints, another requirement for US-China space cooperation is for the administration of US President Donald Trump to reinvigorate the US-China space dialogue, Bolden said.

For China, one of their first steps must be reciprocity and transparency, Bolden said. The US had engaged in cooperation with China in Earth science, aeronautic research and air traffic management before and during his tenure as NASA chief.

The US also signed an agreement with the Chinese Academy of Engineering in 2016 to help smooth the flow of traffic through major Chinese airports, according to Bolden.

China is developing its own space station, named Tiangong or Heavenly Palace, which officials said is expected to be fully operational around 2022. It's likely to become the world's only space station if the US-led International Space Station is retired as planned.

Bolden said he expected Tiangong to become a "nice follow-on" to the ISS, where nations of the world can go to do research, "in addition to being on some of the commercial platforms that NASA is really trying to push, to facilitate the development of, today".