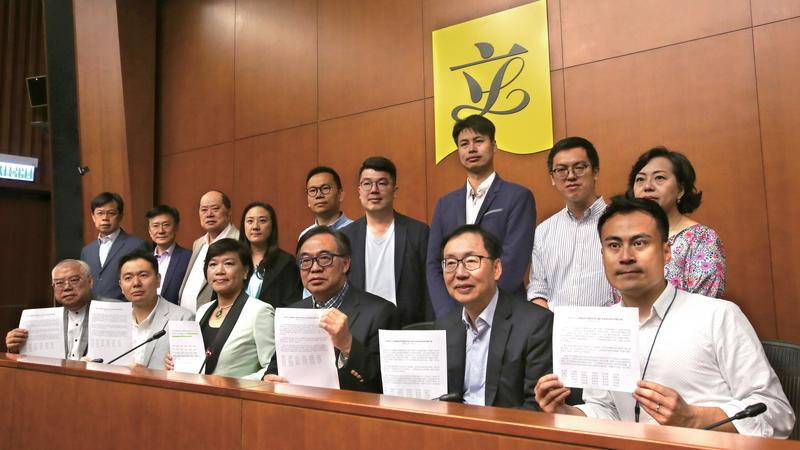 The lawmakers strongly condemned the FCC for hosting a talk that publicly advocated separatism, arguing that it was interfering in the country’s internal affairs

At a press conference, the lawmakers strongly condemned the FCC for hosting a talk that publicly advocated separatism, arguing that it was interfering in the country’s internal affairs.

They also criticized the club for defying Hong Kong’s laws, abusing the government’s respect and trust, and using government-owned premises to assist the advocacy of Hong Kong independence.

They called for the government to review whether to renew FCC’s lease, or even recover the premises. The FCC has rented the Old Dairy Farm Building in Central from the government since 1982. Currently, the club is under a seven-year lease contract which expires in 2023.

Legislator and barrister Priscilla Leung Mei-fun said that the club’s action is definitely intolerable. She noted that if the government takes no action against the club’s move, the club might invite more activists including those who support Taiwan and Tibet separating from the country. She also worried that other organizations in the city may follow the FCC’s bad example.

Earlier of the day, the SAR government issued a statement saying it “deeply regrets” the club’s action.

Describing the response not harsh enough, Leung urged the government to act more “resolutely” as “no action means connivance, which is definitely not allowed,” she said.

Noting that FCC’s premises were rented from the government, Leung said the government was entitled the right to recover the building and it also has the responsibility to do so if the club keeps providing platforms for separatist advocacy.

Lawmaker Aron Kwok Wai-keung reckoned that the action of the FCC, a foreign organization with international influence, may mislead international society that most of Hong Kong people are in support of Hong Kong independence, which will bring a negative influence to the city’s future development.

Responding to people’s freedom of speech, a “legal ground” cited by the FCC to defend its action, Leung countered that making remarks advocating for Hong Kong independence is beyond such freedom, as they will endanger national security.

Citing the Basic Law and the International Bill of Human Rights, Leung emphasized that people’s freedom of speech has boundaries. Not endangering national security is a prerequisite of enjoying the freedom, she said.