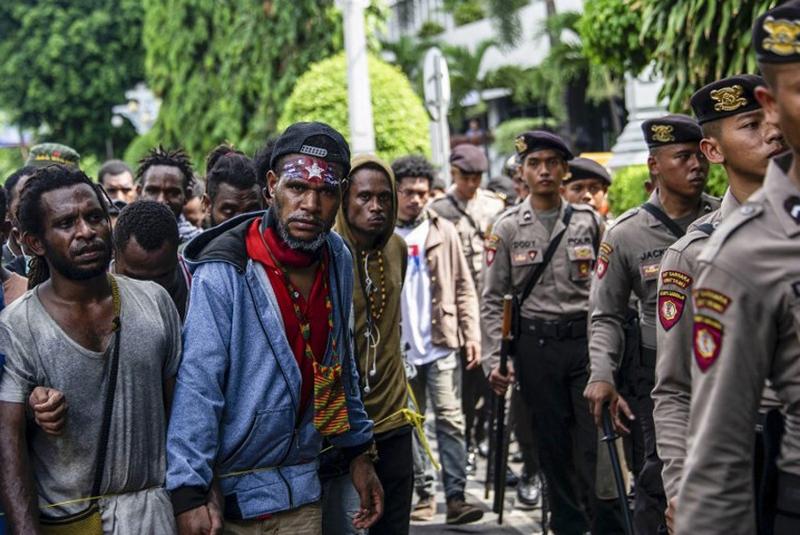 This Dec 1, 2018 photo shows police guarding a parade by Papuans in Surabaya, East Java province, during a commemoration of the independence day of Papua from Dutch colonial rulers. (JUNI KRISWANTO / AFP)

GENEVA — Five independent experts linked to the UN human rights office are calling for quick and impartial investigations of mistreatment by Indonesian security forces of indigenous Papuans, including alleged killings, unlawful arrests and use of snakes to terrorize.

They cited a recent video circulated online showing officers laughing as a handcuffed Papuan boy whom they were interrogating screamed in fear with a snake wrapped around his body.

A rights office statement Thursday said the incident was similar to tactics used in other similar cases and was "symptomatic of the deeply entrenched discrimination and racism that indigenous Papuans face." 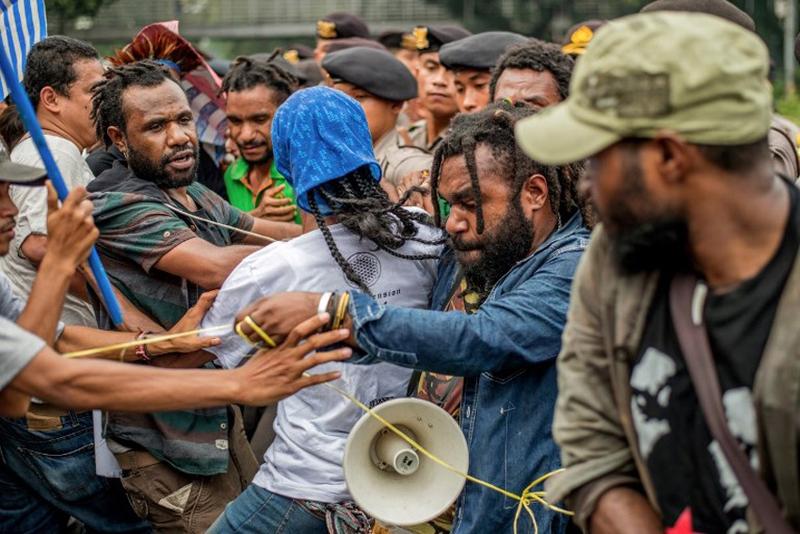 In this Aug 15, 2017 photo, Indonesian police attempt to arrest Papuans taking part in an anti-government rally and seeking a referendum on Papua, in Jakarta. (BAY ISMOYO / AFP)

The experts expressed concerns about a "culture of impunity" over human rights violations and urged the Indonesian government to prevent excessive force by police and military officials, and hold perpetrators to account.