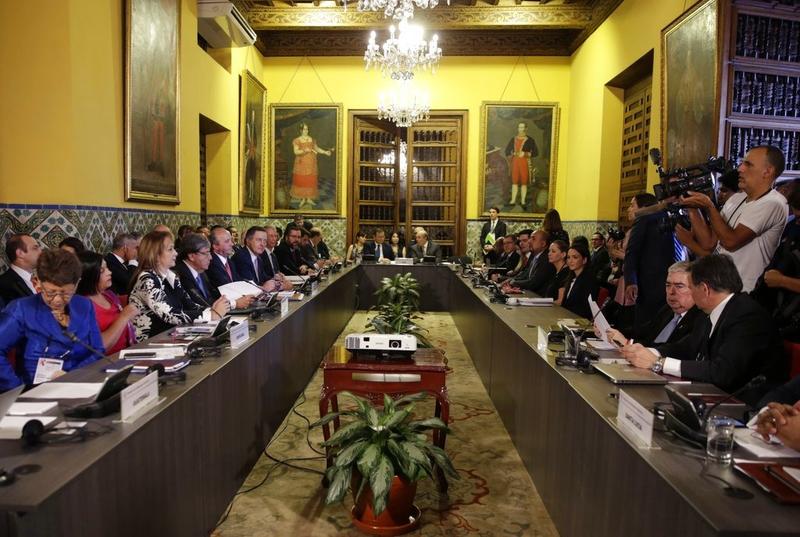 LIMA - Mexico declined to join its regional peers on Friday in urging Venezuelan President Nicolas Maduro not to take office this month, the first time it has not signed a declaration by the Lima Group bloc created to pressure Caracas to make democratic reforms.

Mexico was once among the most outspoken critics of Maduro. But ties between the two countries have warmed under leftist President Andres Manuel Lopez Obrador, who faced criticism for inviting Maduro to his inauguration last month.

Mexico told the Lima Group it prefers to keep its diplomatic channels with Caracas open to help find a solution to the South American country's political crisis, said a government source in Peru who asked not to be named.

Mexico will remain a part of the Lima Group, the source and a Mexico foreign ministry spokesman said.

The remaining 13 members of the Lima Group, which include Canada, Brazil, Argentina, Colombia, Chile and Peru, said they would not recognize Maduro's new term because last year's election was not free or fair, according to the joint statement they signed.

They also agreed to reevaluate their diplomatic relations with Venezuela and bar high-ranking Venezuelan officials from entering their territory as much as their domestic laws allow, the statement said.