By Prime Sarmiento in Manila

Ancient porcelain ware from Fujian, found in the Philippines, highlights the key role of pottery in early trade ties with China 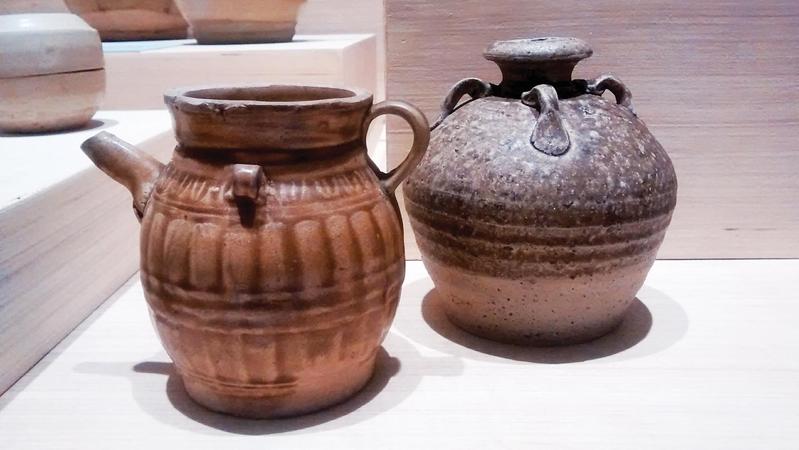 Chinese ceramics unearthed in the Philippines provide an insight into the development of the ancient Maritime Silk Road. (PHOTO BY PRIME SARMIENTO / CHINA DAILY ASIA WEEKLY)

The Ayala Museum, in Metro Manila’s Makati district, in September staged one of the most significant exhibitions on oriental ceramics. Fujian Ware Found in the Philippines (Song-Yuan Period 10th-14th Century) showcased more than 100 pieces including jars, pots and plates.

The exhibition, which ended on Oct 1, is one of the few times the public has had the opportunity to glimpse these remnants of Philippine-Chinese trading relations dating back to the Southeast Asian country’s pre-colonial era.

This is because, with the exception of some permanent exhibits in the National Museum of the Philippines, the Ayala Museum and the Kaisa Angelo King Heritage Center, most of the country’s Chinese tradeware is with private collectors.

For Rita Tan Ching, the Fujian ware exhibition’s curator and the Philippines’ foremost scholar on Chinese tradeware from the 10th to 17th centuries, it is important for Filipinos to know more about these ceramics as “they are part of our history”.

“These are concrete evidence of (our centuries-old) trade with China,” Tan told China Daily Asia Weekly.

Tan cited one of the country’s biggest archaeological finds — the discovery of gold artifacts at ancient grave sites near the present-day Butuan city in the southern Philippines. She said shards of Chinese ceramics produced in the Song period were also found at the burial site. These were used by archaeologists to date the excavated gold pieces to the 10th to 12th century. 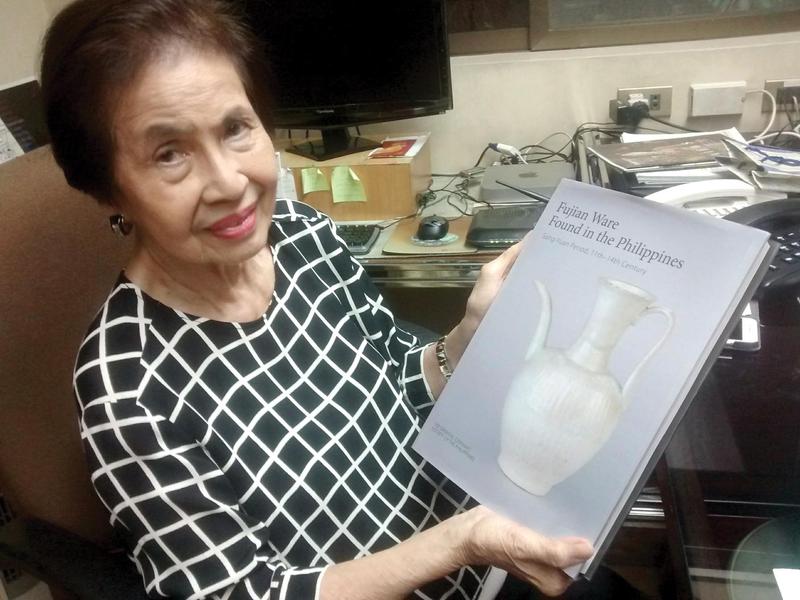 Since Guangzhou was the main seaport during the Song period, Tan said most of the wares found at these grave sites had originated from Chaozhou and Xicun kilns in South China’s Guangdong province, of which Guangzhou is the capital.

Chinese Ambassador to the Philippines Zhao Jianhua offered similar insights. In his speech at the Sept 4 opening of the Fujian ware exhibition, the envoy said it was “a vivid demonstration of the friendship between the Philippines and China” and that oriental ceramics are proof that the Philippines was an important part of ancient maritime trade.

Zhao was alluding to the ancient Maritime Silk Route which flourished from the 2nd century BC to the 15th century. Chinese merchants navigated the South China Sea, Persian Gulf and the Indian Ocean, bringing silk, porcelain and tea to Southeast Asia, India, the Middle East and Europe.

It was this historic sea-based trade route that inspired the current Chinese leaders to launch the 21st Century Maritime Silk Road, which together with the land-based Silk Road Economic Belt comprises the Belt and Road Initiative. The new trade and infrastructure network will better connect China — on land and over water — to its trading partners in Asia, Europe and Africa.

Keeping the ancient Maritime Silk Route alive in the Philippines have been the oriental ceramics that can still be found in museums and private homes.

Rhayan Melendres, assistant professor at the University of the Philippines, noted in his paper published in 2012 in Hukay: Journal for Archaeological Research in Asia and the Pacific, that oriental tradeware ceramics are among the “guideposts in the reconstruction of the movement, intensiﬁcation, and development of early Philippine polities”.

“Oriental tradeware ceramics have long been valued objects in the interactions of cultures between China and Southeast Asia and also between China and polities farther west,” Melendres said, noting that the Philippines is known for its archaeological sites rich in such relics.

In a paper published in 1967 in the journal Philippine Studies, Robert Bradford Fox, who was then the chief anthropologist at the National Museum of the Philippines, said a study of the archeological record shows three key features of the Philippine-Chinese trade during the Song Dynasty.

For one, Fox said most Chinese merchants traded directly with coastal communities as, aside from Manila, there was no major shipping port in the Philippines at that time.

Another key feature was that Chinese merchants during the Song Dynasty offered diverse items compared with their counterparts during the Ming Dynasty (1368-1644). He said pre-colonial sites that date from the Song period contained many non-ceramic objects like mirrors, scales and coins.

“Such associations are very rare in graves of Ming date. One would sense an effort on the part of the earlier Chinese merchants to find a market for a variety of products, whereas the late trade was predominantly porcelain and probably iron and cloth,” he said.

The third key feature was that the pottery traded into the Philippines during the Song period “was of finer quality (often superb) and showed greater variety in form” than ceramics that were shipped during the Ming Dynasty.

Fox said during the latter part of the Song Dynasty huge volumes of large jars were brought into the Philippines. He said these jars were used to produce rice wine for rituals and for infant and secondary burials.

“Though merely household and utilitarian vessels in China, the trade potteries were unquestionably the most prized possessions of the early Filipinos,” Fox said.

“Among contemporary mountain peoples, stoneware jars and porcelain bowls and plates are still among the most highly valued heirlooms. The ready use and the widespread ritual functions which the trade potteries found in the archipelago explain, in part, the dominant role of pottery in the trade between China and the Philippines.”

These high-fire ceramics, the exhibition’s curator Tan noted, were considered luxury wares among Filipinos, as the only locally available ceramics at that time were low-fire pottery. Oriental ceramics are found at pre-colonial grave sites because it was common practice to bury the dead with their valuables, she said.

Even now, these ceramics remain “prized possessions” among Filipinos who appreciate not only their high quality but also their historical significance, Tan said, citing the items that were on loan from several private collectors for the Fujian ware exhibition.

She said most of the ceramics excavated from Philippine archaeological sites were manufactured in the kilns of Guangdong and the eastern Chinese provinces of Fujian, Zhejiang and Jiangxi. But when China fell to the Jurgens in the north during the 12th century, the Song court fled to the south and made Fujian’s Quanzhou the busiest port city for the next 200 years.

Unlike other areas which produced a distinct style of ceramics (Guangdong was noted for its white ware, while Zhejiang produced mainly green glazed ware), Tan said the output from Fujian’s kilns had more variety.

Such variety was showcased at the exhibition. For instance, one area featured ewers and a spouted water vessel in white glaze — products of Dehua’s kilns.

Another area showcased products of the Wuyishan kiln — bowls and water vessels painted with floral designs in black. Cizao’s kiln was represented by ewers and jars with basket weave design and brown glaze.