Shanghai moves to secure supply of nannies during Spring Festival 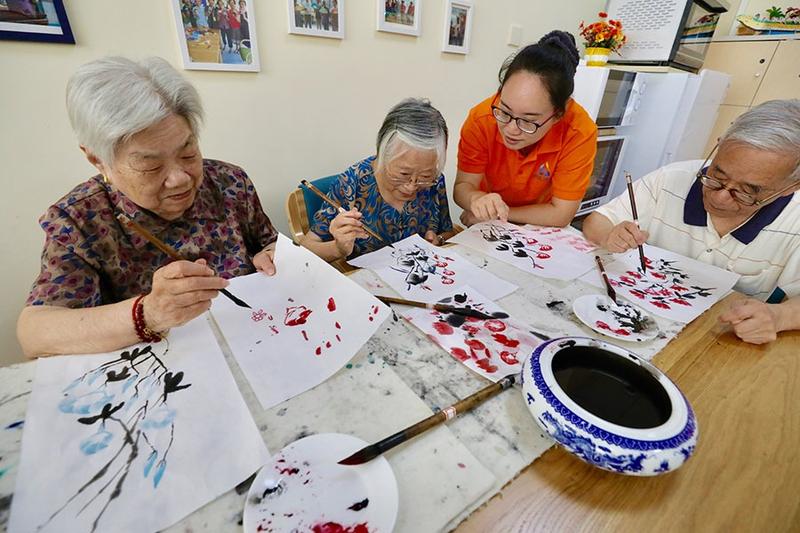 Shanghai, where around one-third of families resort to regular domestic service, has taken a range of steps to secure a sufficient supply of nannies, especially those caring for seniors and newborns, for the upcoming Spring Festival.

These measures include signing holiday working agreements in advance, finding substitutes from within and providing affordable hostels for nannies' families to assist reunions in the municipality, according to the Shanghai Domestic Service Association.

Actually, the ratio of the nearly half a million nannies from outside Shanghai who choose to continue working in the municipality is climbing these years, mostly with an intention to save money earned from the peak season travel

Zhang Lili, chairwoman of the association

"Actually, the ratio of the nearly half a million nannies from outside Shanghai who choose to continue working in the municipality is climbing these years, mostly with an intention to save money earned from the peak season travel," said Zhang Lili, chairwoman of the association, adding that some prefer returning to their hometowns during other holidays.

Zhang said that most families who employ nannies for domestic cleaning can endure one to two weeks without their assistance around the Spring Festival, which begins on Jan 25, and therefore their focus is to ensure that those who provide care services for the elderly and new mothers and newborns are sufficient.

As early as October, nearly 120 nanny agencies began asking employees about their Spring Festival plans so they could work out solutions for families in need.

For example, Minxin, a Shanghai-based agency that mainly provides care for the elderly, guaranteed that more than 500 of its employees will work in Shanghai during the holiday. Moreover, Big Thumb, an agency of mainly maternity matrons, said that nearly 150, or about half its workers, will continue working during the festival.

Xia Yingyuan, who has worked as a care provider at an elderly care facility in Shanghai's Changning district since August, decided to stay in Shanghai for the holiday. The 55-year-old said her husband and son also worked in the city, so returning home is no longer a compulsory option.

"More importantly, there is a never-ceasing demand for care from the senior residents in cities like Shanghai," said Xia, an employee of Yijia Shanghai Elderly Service Co."In addition to my regular work at the facility, I'm also assigned to work in at least three homes with elderly patients when their nannies return to their hometowns during the festival."

She said most nannies and care providers can earn at least double pay during the holiday week.

Meanwhile, Zhang, from the domestic service association, said that for the first time the association will provide nannies with direct bus service from downtown Shanghai to Xuancheng city, Anhui province, one day before Chinese New Year's Eve, to ensure that they can work as much as possible in the municipality.

Without such service, some might be inclined to leave Shanghai two weeks in advance to secure a long distance bus ticket home before the eve, she added.

The association plans to expand such direct bus services for nannies to other areas in Anhui as well as Jiangsu and Zhejiang provinces next year if it proves effective this year.