Viral video of pomfrets 'not from Penang' 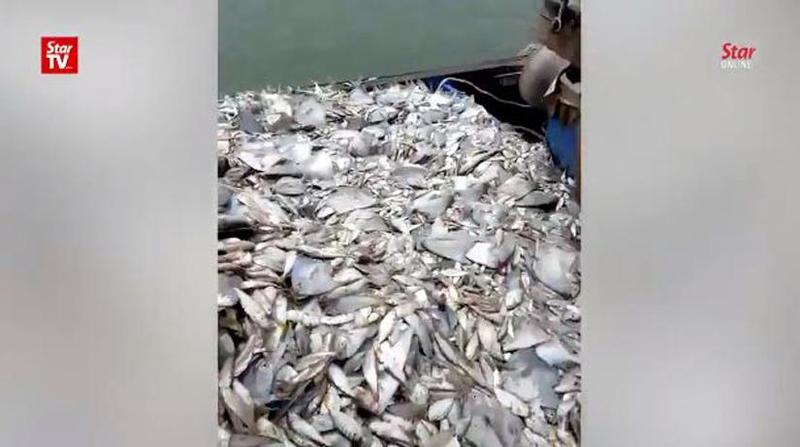 The screenshot grabbed from a video shows large quantity of pomfrets on a boat. The video, which went viral on social media networks, says that “tons of fish” were captured from Balik Pulau in Malaysian state of Penang, but the head of Penang Fisherman (South) Association said the incident purportedly occurred in Bagan Panchor, in Perak state.

GEORGE TOWN: A viral video showing fishing boats landing huge piles of pomfrets was not taken in Malaysian state of Penang as claimed.

The video comes with a message that says tons of fish from Balik Pulau town in Southwest Penang Island District could be a sign of impending earthquake or volcanic activity.

But Arshad Omad, chairman of Penang Fisherman (South) Association, said the incident purportedly occurred in Bagan Panchor in the state of Perak, and not in Penang.

"The trawlers worked in pairs using big nets to haul in a large catch. There are no such boats operating in Penang, and such a practice is illegal," he said.

The short video shows fishermen hauling in the large catch and loading them into cooler boxes.