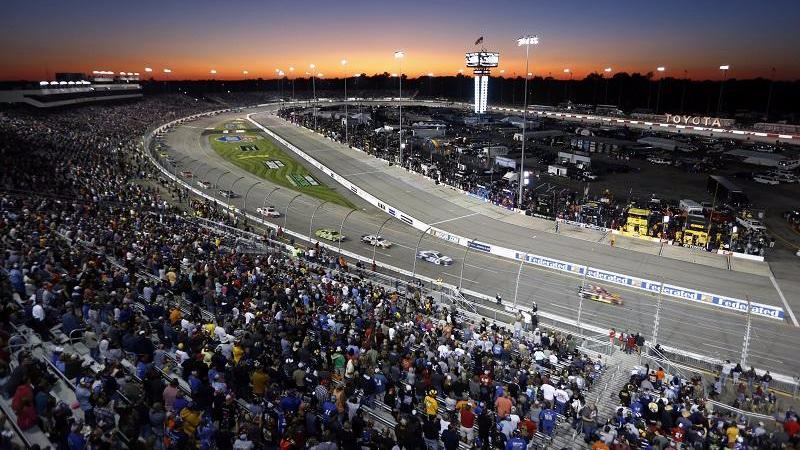 CHARLOTTE, N.C. - NASCAR made the first significant changes to its schedule in years by shuffling the 2020 season into a freshened new sequence that tries to meet the wants of fans to the best of NASCAR's current ability.

"The fans and the industry as a whole have been vocal about the desire for sweeping changes to the schedule, and the 2020 slate is a reflection of our efforts to execute against that feedback," said Steve O'Donnell, NASCAR executive vice president and chief racing development officer.

The 2020 schedule was released Tuesday at ISM Raceway outside Phoenix, which got the season finale following a US$175 million renovation to ISM Raceway.

Indianapolis Motor Speedway got July 5th to give the iconic track back-to-back summer holiday weekends; the event will follow the Indianapolis 500, a mere 42 days after that Memorial Day staple. IMS President Doug Boles said the Brickyard was the correct "venue to throw a massive party for our nation's birthday."

The July 4th holiday had belonged to Daytona International Speedway, but it gave up the traditional and often rain-wrecked event to claim the final race of the regular season, Aug 29 when the championship field is finalized.

The fans and the industry as a whole have been vocal about the desire for sweeping changes to the schedule, and the 2020 slate is a reflection of our efforts to execute against that feedback

Pocono Raceway will run both its 400-mile races on back-to-back June afternoons, Martinsville Speedway got a Mother's Day race under the lights and also a slot in the playoffs - one of three short tracks featured in NASCAR's 10-race playoffs. Even better for Martinsville, it got the penultimate race for the championship finale.

Bristol and Richmond short tracks both joined the playoffs, as did Darlington Raceway.

Martinsville in 2017 became the first major motorsports facility in the US with a state-of-the-art LED Lighting system and will finally get to use them for a big-league event on the Saturday night before Mother's Day. Speedway President Clay Campbell noted fans have asked "literally every single day since we installed the lights" when Martinsville would have a Cup race at night.

The season ends one week shorter than usual, but still includes 38 events that run from a Feb 9 exhibition race at Daytona through the finale on Nov. 8 at renovated ISM Raceway outside of Phoenix. That includes consecutive weekends off for the first time in the modern era so that NBC Sports can focus on the Tokyo Olympics.

Charlotte Motor Speedway retained the All-Star race, but Speedway Motorsports chairman Marcus Smith told The Associated Press he was amenable to moving the event to Nashville in 2021.

Smith said IndyCar was also welcome to negotiate doubleheader weekends with a handful of SMI-owned tracks, among them Las Vegas during its new playoff date in late September that offers cooler temperatures than last year's sun-roasted playoff opener. IndyCar has not raced at Las Vegas since Dan Wheldon's fatal 2011 accident.

Smith also welcomed talks with IndyCar on the "Roval" at Charlotte Motor Speedway and as a NASCAR companion to Texas during its fall event. IndyCar aims each year to end its season earlier than any of Smith's ideas for SMI-owned tracks.

Although he is open to doubleheaders with IndyCar as soon as next season, Smith was a firm 'No' on midweek races. Fans have asked more short tracks, road courses, and even dirt track Eldora Speedway to be added to the stagnant annual schedule, and industry stakeholders have asked for midweek racing during the summer in an attempt to shorten the length of the season.

NASCAR seemed open to the idea but was handcuffed by five-year sanction agreements with its existing track partners. The sanctioning body won't have the flexibility to add new venues to the schedule until the contracts expire in time for the 2021 schedule.

It meant NASCAR could only swap its existing partners to the interests that suited all the parties involved. As for the midweek races, Smith was firm in that it was not a financial risk he was willing to make with one of the eight SMI venues with Cup races. He would have done a doubleheader, but said he believes it should be a unique event and special to Pocono.

"We did enough vetting of midweek events that it became clear what a difficult reality it would have been for not only the tracks, but the teams we spoke to said there would be a strain for them, too," Smith said. "If someone else wants to do a midweek race, we wish them luck, but it is not for us."

SMI scored victories in moving Atlanta into a weather-friendlier date in March, as well as the first visit to Texas moving a week after hunting season opens. Bristol is now the first elimination race of the playoffs, while the roval at Charlotte is the eliminating race of the second round of the playoffs. Las Vegas also follows the Feb 16 Daytona 500 as the first race of NASCAR annual trip West.

International Speedway Corp., the company controlled by the NASCAR-owning France Family, moved the season finale to ISM Raceway outside of Phoenix. The company last year received a massive facelift and there simply hasn't been enough of a buzz worth keeping the championship finale event at Homestead-Miami Speedway anymore. The track has hosted the final race since 2002 and the Cup series champion has been the race winner since the current format was introduced in 2014.

ISC shoved a race there in March, a month few track operators want because of weather concerns that shouldn't be as big an issue in the Miami area.

Martinsville is perhaps the big winner with not only a race under its new lights system, but a race that will decide the championship field of four.