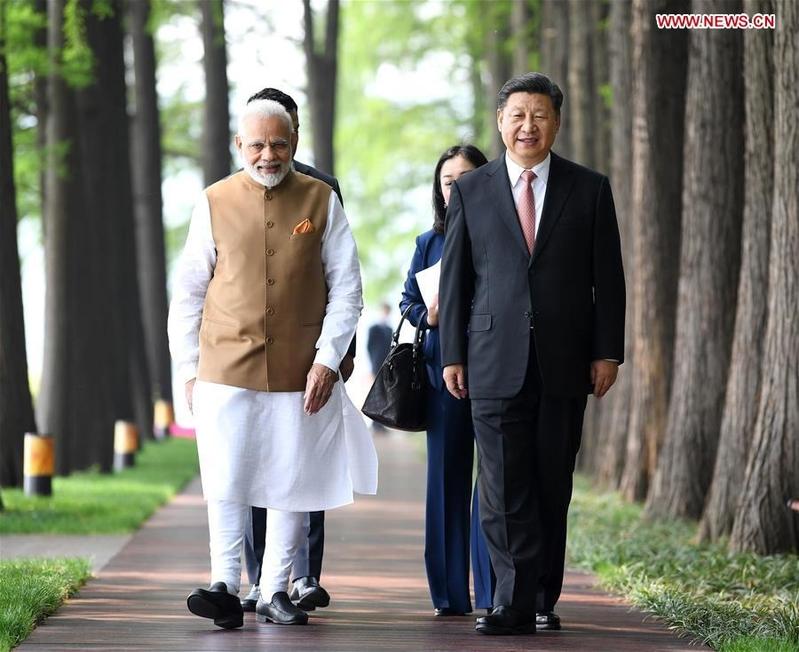 It was a sincere promise that we made to each other, and we are honoring that promise by having this extraordinary meeting

During the meeting, they exchanged views in an easy, friendly atmosphere on bilateral relations and global issues that concern both sides.

"It was a sincere promise that we made to each other, and we are honoring that promise by having this extraordinary meeting," Xi told Modi during their talks.

Xi said he believed that he and Modi will meet informally from time to time in the future and have in-depth communications on major issues.

China and India should be good neighbors and friends, Xi said, adding that the two countries should look at each other as cooperative partners in fulfilling their own dreams.

Xi said that to maintain stable China-India relations, the two countries should continue to enhance mutual understanding and trust from a strategic perspective.

It's a historical trend for China and India to become stronger and stronger, and both sides can bring important opportunities to the other, Xi said.

Noting that China and India uphold many similar policies in international affairs, Xi said China sticks to the principle of nonconflict and nonconfrontation and is dedicated to building a new type of international relations featuring mutual respect, justice, fairness and win-win cooperation.

"China and India have a combined population of over 2.6 billion, and we have enormous potential in our economic development and domestic market," Xi said.

Noting that both China and India are important engines for global economic growth, Xi said the two countries are important forces in promoting a multipolar and globalized world. 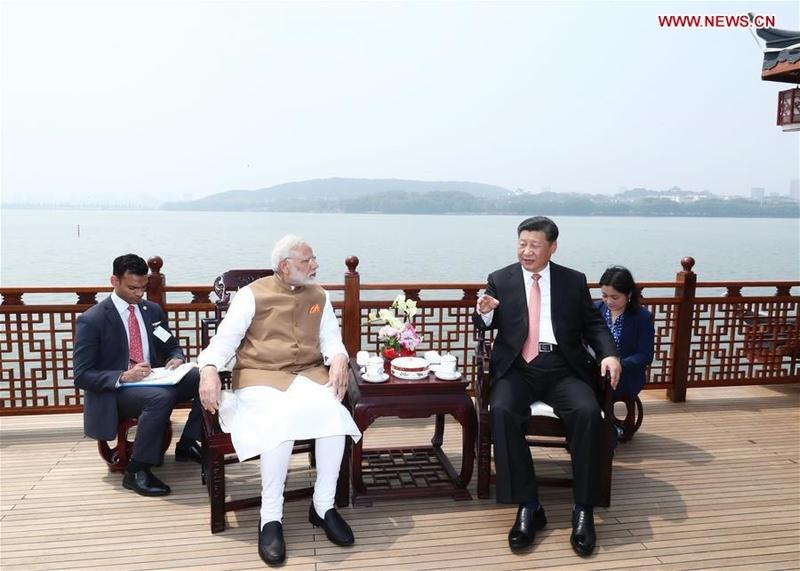 Xi proposed that the two countries should make an overall plan of cooperation in all areas, boost strategic communication and coordinate on major issues in a timely manner.

Modi expressed gratitude to Xi for inviting him to visit Wuhan. The Indian leader said he had candid and in-depth communications with Xi over the two days.

India and China are ancient civilizations and important neighbors, and they should have more dialogue and exchanges to promote peace and friendship, he said.

They should boost mutual understanding, properly handle and manage disagreements and promote people-to-people exchanges to upgrade their bilateral ties to a new level, Modi said.