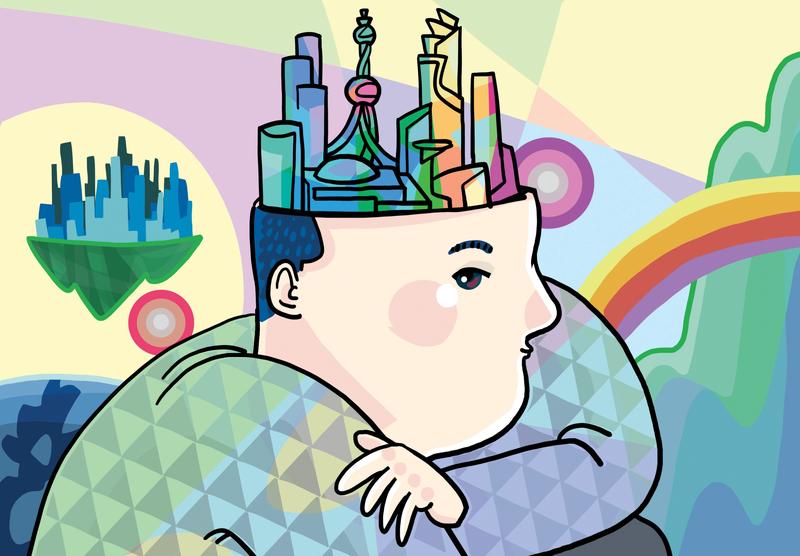 There is a lot of debate about particular qualities that distinguish smart urban environments from dumb ones.

A number of planning scholars have critiqued the piecemeal and profit-oriented focus of smart-city projects, which tend to overpromise smartness to whichever city can afford to buy them.

They also tend to lack comprehensive visions about the broader built environment they produce, and all too often confound marketing and sales strategies for urban management and policy solutions that should benefit everyone.

Smart city technologies typically refer to urban services that rely on instrumented, interconnected, and intelligent devices. Despite such criticisms, this combination of “triple-I” technologies can nevertheless improve quality of life in cities, especially when implemented with public benefits in mind. These technologies can benefit the people of the city; regulators and policymakers of the city; and planners and designers of the city.

First and foremost, instrumented, interconnected and at least partially intelligent urban infrastructure can enable day-to-day users of a city to make more informed decisions about their time use, increasing urban productivity. Such gains are visible in many cities. Knowing the real-time arrival times of public transportation services from smartphone interfaces allows people to walk to stations at the right moment. Knowing traffic conditions enables drivers to avoid congested areas. Knowing the prices of vegetables at farmers markets enables farmers to adjust their deliveries in real time.

But even bigger possibilities open up when users can be identified and both the service provider and the user share location information with each other. The latter types of urban services include ride-hailing apps, such as Didi or Uber; mobile parking systems; e-tickets in public transport; emergency alert services; and a wide range of e-government services that can be used online.

Even though many of the above-mentioned services are operated privately, cities have also started offering their own services or stepped in to regulate private services.

For instance, if systems listing parking spaces in cities know the users’ location, they can customize which location to suggest to which user, reducing search times and traffic on city streets. For example, interconnected electronic road pricing gantries and traffic counting sensors in Singapore have enabled the city’s Land Transport Authority to establish a smart toll system, which adjusts the price of driving through each ERP gantry based on real-time traffic conditions in the city. The price of driving into congested areas is continuously updated based on current and predicted traffic flows in different parts of the city. Other cities with congestion-charging systems include Stockholm and London.

E-government solutions, such as those provided by the government of Estonia, allow the country’s residents to access almost all government services and records remotely, using secure identification. Users can file permits, vote, retrieve personal records, pay fines, open companies, pay taxes or sign up for schools from a computer or phone, using a secure two-level authentication system. It is estimated that e-government services save more than 820 years of working time for the state and citizens annually.

Studying the troves of data produced by sensors can reveal previously invisible patterns of urban mobility, people’s time use and place preference. Much of urban design and planning practice has historically focused on the static, or relatively slowly changing elements of cities — urban form, land use patterns, business locations, fixed transportation networks, urban ecosystems, floras and faunas. How these elements of the city are used over time remains poorly known in most cities. But, the increasing availability of anonymized cellphone movement traces, geo-tagged social media posts and computer vision technology that is widely distributed in the built environment gives us new information.

A report detailing these evaluations presented quantitative evidence that the newly designed square did not hamper the city’s mobility and safety but rather improved them, leading Bloomberg to approve the solution on a permanent basis.

The Los Angeles Department of Transportation recently released a data standard to require that all private mobility service operators connect their operations to the city’s API, or application programming interface. This will enable the city to see, in real time, where electric scooters and shared bikes are being dropped off or picked up and require service operators to alert users if vehicles are left in illegal areas.

The same API will also enable city staff to see where Uber and Lyft cars pick up or drop off customers, enabling the city to detect dangerous lane blockages or double parking on busy streets in real time. During special events, the city can “geofence” certain streets or blocks as “no-pickup” zones, managing each curb or block minute by minute.

We need to remember that what politicians or industry players might call smart cities does not necessarily produce good cities.

Technological solutions only embody means that can help cities move toward social, economic and environmental ends. However, some qualities associated with good cities are widely acknowledged. Good cities tend to be equitable in terms of access to opportunity, sustainable with respect to finite environmental resources, and efficient in terms of the use of valuable urban space.

They provide a healthy living environment for all and encourage healthy lifestyles. Some technologies help cities move closer to these goals, but technology may also work against these aims or offer an inferior approach to problem-solving compared with other areas of investment, such as education, affordable housing, sustainable transportation or cultural development.

Cities should devote taxpayer money toward smart technologies only if these get us closer to good city ideals faster than alternative approaches.

The author is an assistant professor of planning and director of City Form Lab at Harvard University. The views do not necessarily reflect those of China Daily.