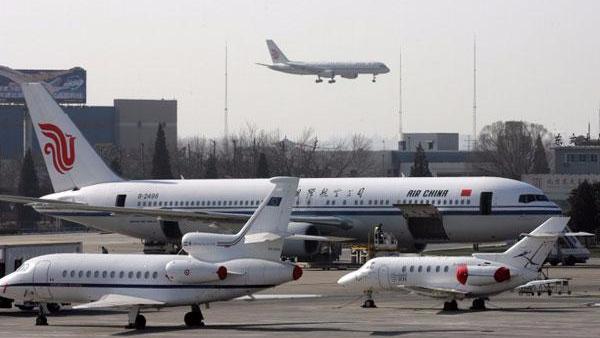 An Air China plane comes into landing as another Air China jetliner sits on the tarmac together with other private jets at the Beijing Capital airport, in Beijing, Jan 16, 2007. (GOH CHAI HIN / AFP)

More new international air routes linking China with economies involved in the Belt and Road Initiative will be opened in the winter and spring aviation season, an official at the Civil Aviation Administration of China said on Monday.

Fourteen of the routes are for freight; 113 are for passengers. "The rapid increase of new international routes linking China with countries and regions involved in the initiative will continue in the new season," Yu Biao, deputy director of the administration's transport department, said at a news conference.

In the previous aviation season, more than 100 new international routes opened to economies involved in the initiative. As of May, there were direct flights linking China with 43 of those economies, with about 4,200 flights weekly.

The punctuality of flights in October was the best since May, 2009, with 83 percent on time.

Weather is the main reason for timetable disruptions, accounting for 48 percent of delays, said Tian Zhencai, deputy director of the administration's operations and monitoring center.