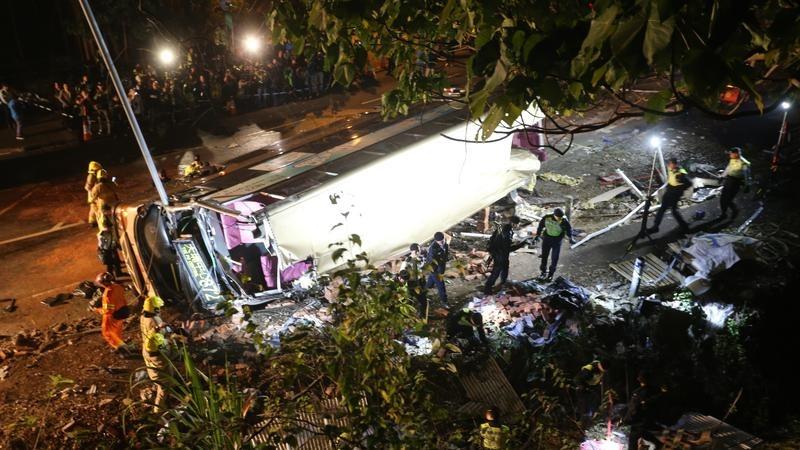 In this Feb 10, 2018 photo, a passenger bus lies on its side after a crash as rescuers work in Hong Kong. The accident left 19 people killed and 65 injured. (EDMOND TANG / CHINA DAILY)

The Feb 10 bus accident, which left 19 people dead and 65 injured, is now under investigation by the Hong Kong police.

The two other committee members of the Independent Review Committee are: Rex Auyeung Pak-kuen, Chairman of the Lingnan University Council, and Lo Hong-kam, Chair Professor and head of Civil and Environmental Engineering of the Hong Kong University of Science and Technology.

Before attending the weekly executive meeting, Chief Executive Lam told the press that the Committee will review the accident from the perspective of safety.

The committee may also invite individuals or organizations to submit recommendations.

Work will begin late this month and the Committee will submit a report to the government in nine months, said Lam.

She said eight people who were injured in the Feb 10 accident are still in the hospital. Of them, one is undergoing treatment for head injuries and is in serious condition. Condition of the others are stable.