Trump in Britain for first visit as US president 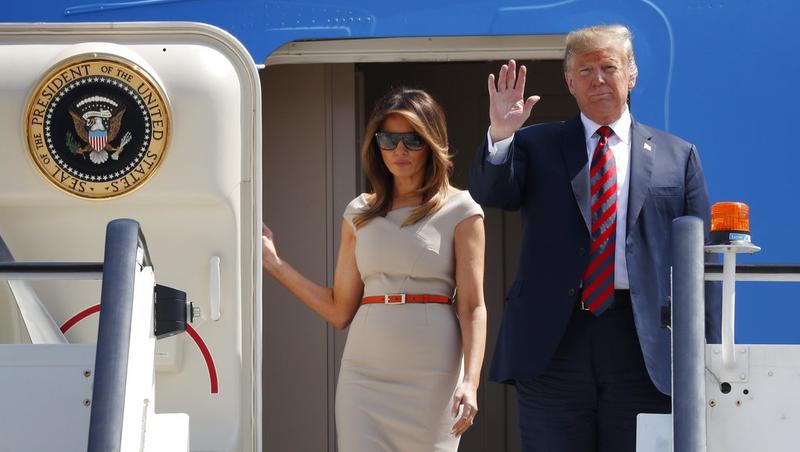 STANSTED MOUNTFITCHET, England — US President Donald Trump has arrived in Great Britain for his first visit as president amid NATO tensions, protests and Brexit turmoil.

Air Force One landed at London Stansted Airport on Thursday, where Trump is beginning a four-day visit to the country.

Trump will attend a gala dinner later in the day with British and American officials at Blenheim Palace, the ancestral home of former Prime Minister Winston Churchill.

On Friday, Trump will meet with Prime Minister Theresa May and Queen Elizabeth II and then spend the weekend at one of his private golf courses in Scotland.

There will be no alliance more important in the years ahead

Widespread protests of Trump are expected during his visit to the UK.

The trip coincides with a tumultuous week for May after two senior ministers resigned in protest at her plans for trade with the EU after Britain leaves next March.

That business-friendly Brexit proposal was only agreed by her cabinet last Friday after two years of wrangling since Britons voted to leave the bloc in a 2016 referendum.

"I'm going to a pretty hot spot right now, right? With a lot of resignations," Trump told a news conference at the NATO summit in Brussels.

"The people voted to break it up, so I imagine that's what they'll do. But maybe they're taking a little bit of a different route, so I don't know if that's what they voted for."

Asked about Trump's comments, May said: "We're delivering on the vote of the British people to take back control of our money, our laws and our borders." 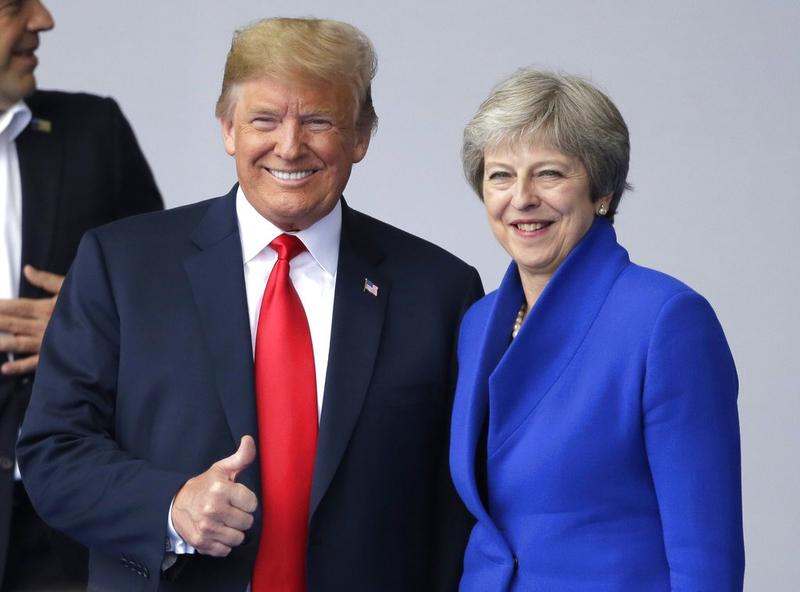 In this July 11, 2018, photo, US President Donald Trump, left, talks to British Prime Minister Theresa May during a summit of heads of state and government at NATO headquarters in Brussels. (MARKUS SCHREIBER / AP)

Trump has long been a Brexit supporter and has expressed enthusiasm for a wide-ranging trade deal with Britain after Brexit, something heralded by eurosceptics as being one of the great benefits of exiting the bloc.

He has also said he might speak to Boris Johnson, who quit as foreign secretary over May's plans.

May is trying to unify her deeply divided Conservative Party behind her Brexit plans with some of her own lawmakers openly speaking of a leadership challenge.

In a statement ahead of Trump's arrival, she said the visit would focus on trade and strengthening defense and security ties, saying there was no stronger alliance than Britain's "special relationship with the US."

"There will be no alliance more important in the years ahead," she said.

"This week we have an opportunity to deepen this unique trading relationship and begin discussions about how we will forge a strengthened, ambitious and future-proof trade partnership."