In the first of a series on how artists are increasingly looking to put the audiences at the center of their vocation, Chitralekha Basu visits the immersive and participatory projects in HK’s ongoing art fairs. 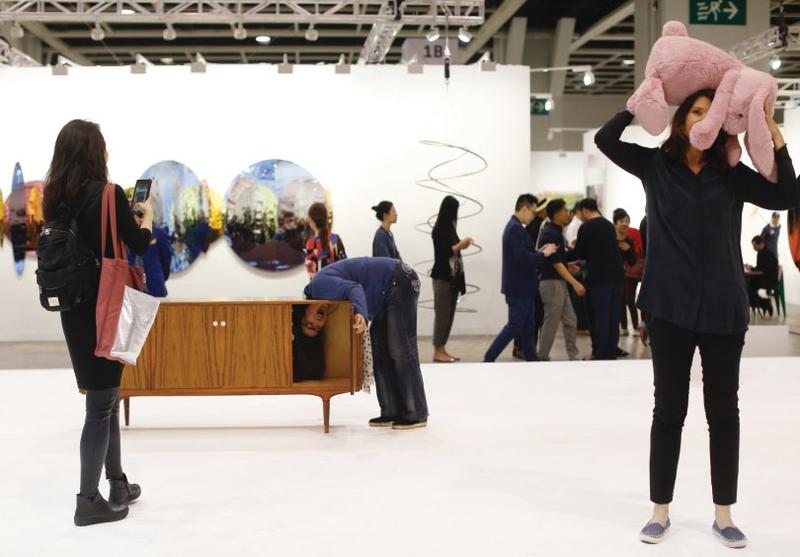 If art fairs were started to liberate art from the confines of galleries and auction houses and bring it into the domain of the masses, the idea appeared to have reached a whole new level during Hong Kong’s ongoing art week. The spotlight was turned on the spectators as much as the spectacle. Not only is some of the fare on display at Art Central and Art Basel Hong Kong (ABHK) — the city’s two major fairs, now running simultaneously — made complete with active participation from the audience. A few of them wouldn’t even exist without a viewer.

The Austrian artist Erwin Wurm’s One Minute Sculptures series showing at ABHK is a case in point. Within an hour of the fair opening on March 27, intrepid experience hunters were seen happily putting their heads inside an empty cabinet with a missing plank, bending from waist downwards to see things from a different angle, following the artist’s directions.

Elsewhere in the de Sarthe gallery booth, visitors were being handed plastic rose-pink ping pong balls. Inside each of these was an invitation to “book a service” with the “Unknown Artists Agency” to get more information on an artist they might consider supporting. Apparently there were 10,000 names of artists on the list, drawn up by the artist Wang Xin, waiting to be discovered by the people who cared about art. 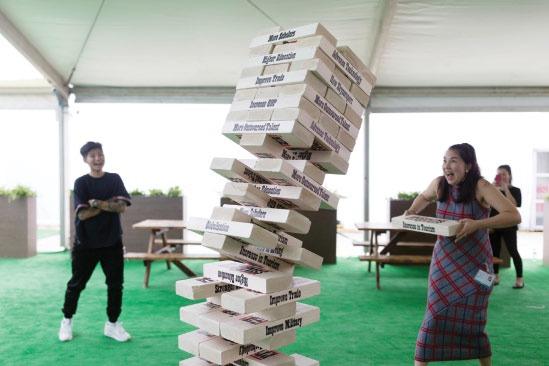 Outside the exhibition halls, in the BMW art lounge, there was a rush to get photographed against the backdrop of a futuristic black BMW model. However, there was more to this apparently-regular scenario comprising selfie-hunters than met the naked eye. The augmented reality experience designed around the “art” car by the multimedia artist Cao Fei became apparent only when the photographs were taken using an app, opening up a vision of colorful doodles, spiraling up the frame, emulating the distended arc of the car roof.

Cao says her work is a tribute to technology’s gift to mankind in the form of enhanced vision. “In my work, the levitated and floating light has escaped from the physical body of the car, which instils a sense of lightness within us. The light that emanates from the car body suggests that light and car exist in a mutual ‘parasitic relationship’,” she adds, stressing the sense of freedom and release she wants her audiences to experience. 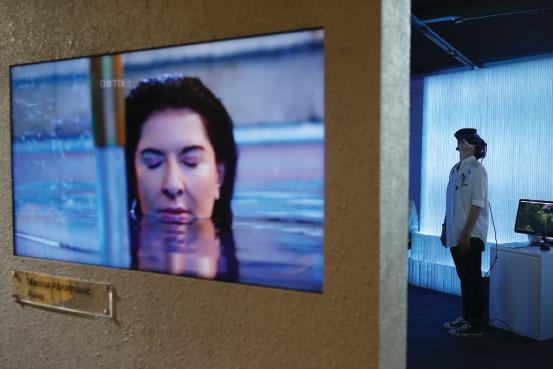 At about the same time in Art Central, bang in the middle of the food court, the Singaporean artist Sam Lo was inviting visitors to have a go at playing The Game of Leaders. In this re-imagined version of the well-known Jenga blocks game, participants are invited to remove and reposition blocks inscribed with messages like “Increase GDP”, “Higher Education”, “Increase Standard of Living”, “each reflecting a trait of a first-world city,” according to Lo. “The goal is to choose (or not choose) your blocks to progress your city with, taking care not to topple the structure.”

Lo says the game is meant to serve as a “visual metaphor” of a first-world city. As the players make decisions regarding prioritizing one policy over another, they would likely make a connection with the steps taken, and compromises made, towards building a great world-class city in real life. And so would the onlookers, who are expected to cheer on and lead the participants by calling out their recommendations. “Much like how we as citizens watch world leaders make decisions, the onlookers stand by with bated breath as they watch the tower progress, clapping as blocks are stacked and gasping as the tower shakes,” Lo adds, summing up the effect she is hoping to have on her audiences. 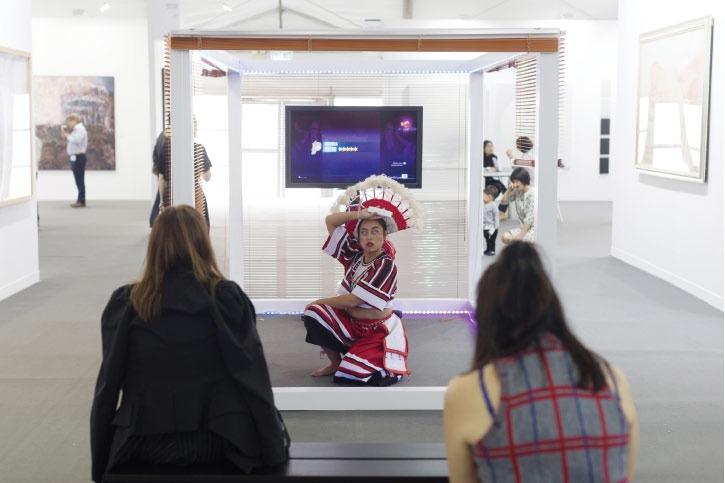 Caroline Garcia takes a long, hard look at the objectification of performers in Art Central.

Cultural entrepreneur Magnus Renfrew, who launched the parent edition of ABHK and now runs the art consultancy ARTHQ/Group, says performance-based and participatory activities often provide a welcome break from the “booth-to-booth experience” in art fairs. “Sometimes the architecture of art fairs could be a little bit on the repetitive side. One could be breaking these up with installations, but also breaking these up temporally with performances,” which, he says, have the ability “to grab people’s attention”.

One such captivating show is Caroline Garcia’s performance piece, The Vitrine of Dancing Cultures, at Art Central. Dressed in an ethnic Filipino costume, complete with elaborate head gear, Garcia — an Australian of Filipino origin — dances in sync with her own digital dancing image in a video inside a vitrine with blinds that are manipulated to allow different degrees of visibility. She seems to scrutinize the faces of the audience crowding around the enclosure with a glacial look emanating from her extraordinarily large, pitiless eyes, turning the discomfiture she might be experiencing herself — from dancing inside a box in a strange costume, under the consumerist gazes from strangers like a caged animal —right back on to the audience. 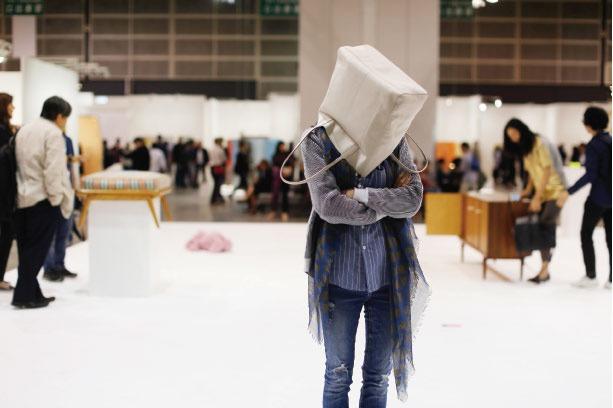 “My intention is to give visibility to the marginalized community groups that are often disregarded and unacknowledged when it comes to the general idea of a ‘Filipino’,” says Garcia. The gaps in her 40-minute performance piece are a key to understanding her activism. “Since the performance consists of a lot of still and quiet moments, the audience can be quite aggressive, in the sense that they want something to happen,” says Garcia. “It’s their desire to see me perform my culture and to consume it,” — an urge she says she deals with by “inciting those feelings and confronting an audience’s gaze of objectification and the tendency to exoticize”.

An art fair set-up can provide a great venue for such activism-propelled art projects, allowing artists to directly solicit viewer support and encourage them to endorse a worthy cause. In a video presented at ABHK by HTC Vive (also accessible through the app store VIVEPORT), the performance artist Marina Abramovic shares a recent VR experience which gave her a feel of navigating the odds in a severely global warming-affected future. 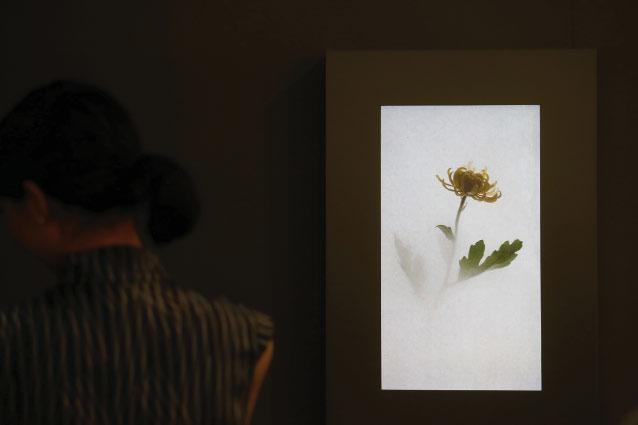 “VR is known for its ability to generate empathy, more so than any other existing medium, given its all-immersive nature,” says Victoria Chang, director of HTC Vive, explaining the effectiveness of this new technological medium to strike at people’s nerve cells and goad them into action. “Marina Abramovic very accurately captures the nature of this new medium when creating Rising, a work that is empathetic and enables the viewer to have a direct interaction with her avatar.”

Multimedia artist Wong Kit-yi takes the business of engaging with her audience so seriously that she wants her artworks “to literally get inside viewers’ bodies”. Buyers of her works were given a choice of outright purchase or going for a “99-year lease”, referencing the detritus of a British colonial policy that Wong says “gave new authority and legitimacy to an old Chinese tradition that only male members of the clan could own the family property” in her native New Territories. 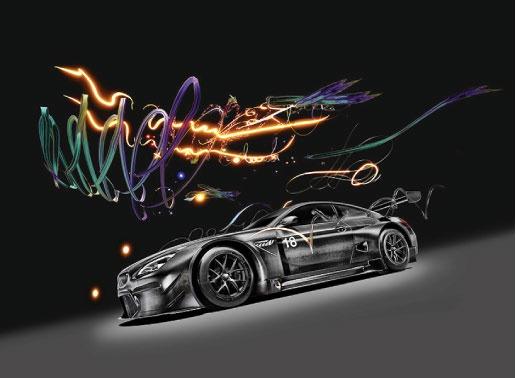 Viewed through an app designed by Cao Fei, the BMW “art” car is a digitally-animated canvas.

At the a.m. space gallery booth in ABHK, medical professionals in lab coats were seen taking cheek swabs from Wong’s patrons. The certificate of the ownership of Wong’s art would be encrypted in the DNA samples thus collected. These could be preserved or sequenced several decades later to ascertain ownership of the piece, said Wong. There was no telling, however, if setting up an elaborate theater with a DNA sampling station and provisions for Karaoke-singing in the same space, was meant to underscore the pointlessness, ultimately, of trying to own a work of art.

The growing volume of interactive and immersive content in art fairs may not be an unmixed blessing, though. As Renfrew says, “People have a lot of visual overload to deal with at art fairs. As a result sometimes the more quiet, reflective sort of works get overlooked in the visual noise.” 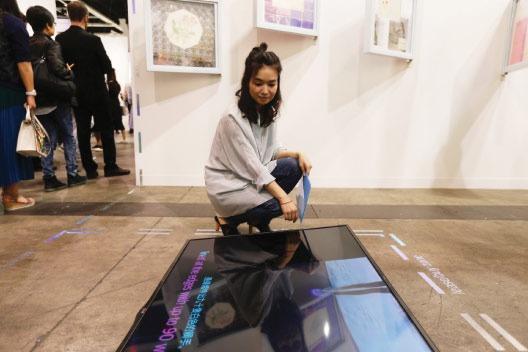 Wong Kit-yi encourages her audiences to sing along with the Karaoke-style display of subtitles in her film.

Still, there seems to be room for the relatively understated immersive experience within the framework of an art fair. Wu Chi-tsung’s Wire V and Still Life installations at the ongoing ABHK make for very fine examples of what a minimal use of traditional knowhow can achieve in the time of post-digital era sensory overloads.

Wu, whose works are a tribute to the traditional Chinese literati school of landscape paintings, shan shui, has used a wire mesh to make onscreen analog projections in a dark room, highlighting sections of the landscape thus created by turns and playing up the details in unlimited combinations.

Wu says the idea was to give the audiences a feel of having entered a traditional Chinese ink landscape, in order “to show how image media can transform our viewing and imagination, reinterpreting the idea of traditional landscapes”.

In his Still Life video installation, a chrysanthemum, painted in traditional Chinese watercolor style, slowly emerges on to the screen — the duration of the film corresponding to the drawing of the image in real time. The series, says Wu, is intended to “start a dialogue and reconnect” people on the run with the finer elements of nature. The deliberate slowing down of the pace at which the image of the flower gets more distinct on the screen, he says, is an attempt to re-package the aesthetic of the idealized world of shan shui paintings “through a contemporary medium and artistic language”.

Then are the so-called materialistic, perennially-on-their-toes, Hong Kong audiences ready to slow down to sample the likes of Wu’s offerings, moment by elongated moment?

ABHK director Adeline Ooi agrees that it’s indeed easy to miss the time-based pieces in an art fair because of their ephemeral nature. Then, she adds, “the Hong Kong audience is really special. There is curiosity, and to be curious to begin with is already a good thing. We live in such hectic times, it’s easy to walk past something and just switch off. That always drives us to do more and better for the viewing public.”