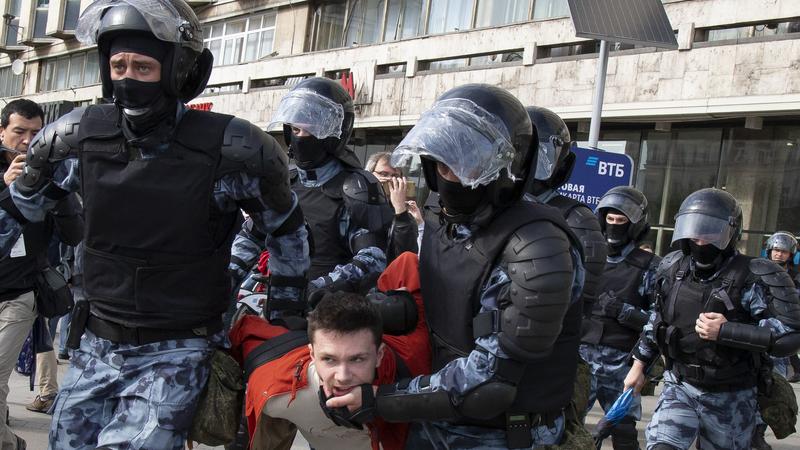 Police officers detain a protestor, during an unsanctioned rally in the center of Moscow, Russia, Aug 3, 2019. (Alexander Zemlianichenko / AP)

"It is necessary to clearly differentiate between legitimate actions agreed upon in the established order and actions that fall under the definition of attempts to organize or involve people in public unrest," Kremlin spokesman Dmitry Peskov said.

Russia's opposition figures have organized rallies in downtown Moscow over the past three Saturdays after they were denied candidacy in the Moscow city council election slated for Sept 8.

Police detained over 1,600 participants in the unauthorized demonstrations on July 27 and Aug 3 for various offenses, and then released most of them, keeping some opposition leaders in custody.

The rally on Aug 10 was authorized to be held at certain locations and during a specific time, but some participants were detained after they attempted to continue protesting when the event was officially over.

He said that the Kremlin does not consider the demonstrations in Moscow as a manifestation of a political crisis as "protests are taking place in European capitals and all over the world."