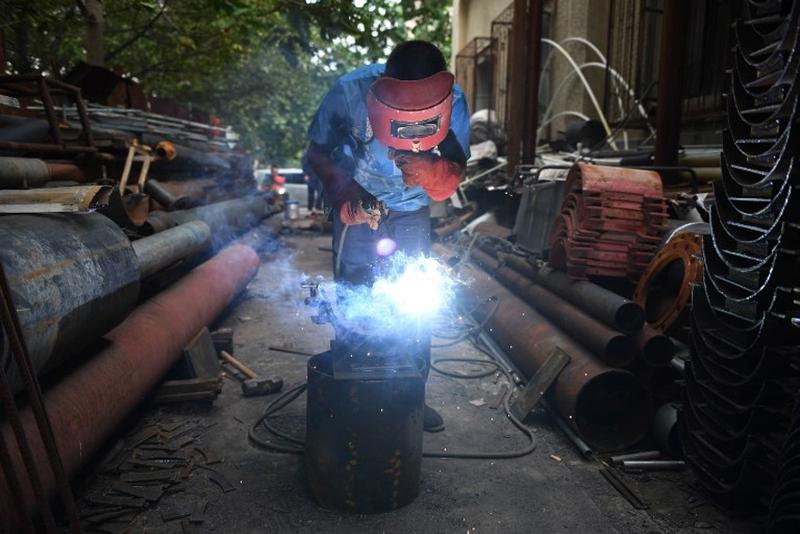 In this July 27, 2018 photo, a man welds steel brackets at a workshop in Beijing, China. China made substantial progress in supply-side reform in 2018, with capacity-cut goals in saturated steel smelting and coal mining sectors beaten. (GREG BAKER / AFP)

BEIJING – China will stick to supply-side structural reform in 2019, including deleveraging and eliminating excess capacity, to improve the quality of economic growth, according to economists.

The reduction of taxes and fees nationwide totaled more than 1.3 trillion yuan (about US$191 billion), beating forecasts. Housing inventories shrank and weak areas were improved, said Ning Jizhe, head of the National Bureau of Statistics (NBS).

The imbalance between supply and demand has yet to be rooted out, and the solution of this contradiction hinges on the supply side.

Despite the progress, challenges and changes remain, as the Chinese economy is undergoing the process of restructuring and upgrading, according to Ning.

"The imbalance between supply and demand has yet to be rooted out, and the solution of this contradiction hinges on the supply side," said Li Wei, head of the Development Research Center of the State Council.

Previous structural adjustments should be reinforced, with continued efforts to downsize glutted industries, reduce all types of business burdens and channel more energy into weak areas including infrastructure, according to Li.

In terms of overcapacity cutting, a case in point is Yaojie Coal and Electricity Group Co. Ltd. the company's profit increased by nearly 40 percent year-on-year despite its coal production capacity being reduced 1.7 million tonnes.

As a result, gross profit of China's large mining companies climbed 31.9 percent year-on-year to 146.7 billion yuan in the first 11 months in 2018. Meanwhile, profit of large and medium steel companies totaled 280.2 billion yuan, up 63.5 percent year on year, according to industry data.

From January to November last year, corporate costs of industrial enterprises above designated size further dropped by 0.21 yuan per 100 yuan of their revenue. 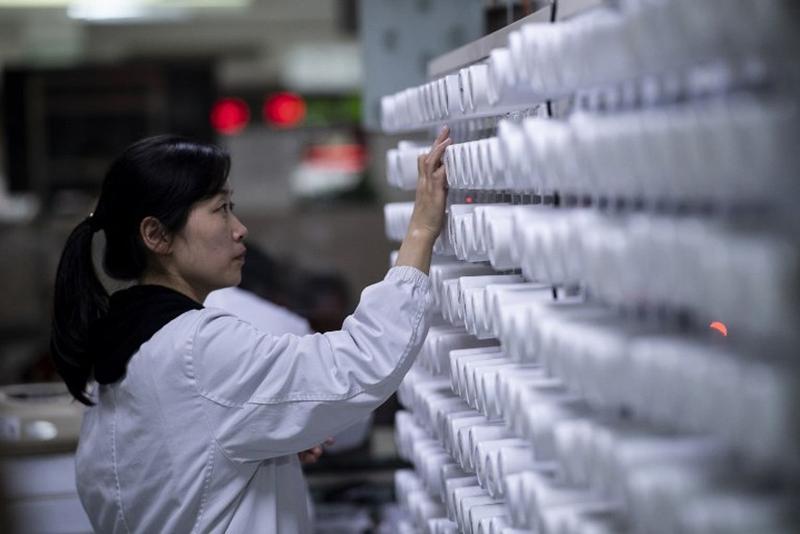 This Nov 7, 2018 picture shows a woman sorting medicine in the pharmacy of the Yueyang Hospital in Shanghai, China. (JOHANNES EISELE / AFP)

Industrial output, officially called industrial value added, is used to measure the activity of designated large enterprises with an annual turnover of at least 20 million yuan.