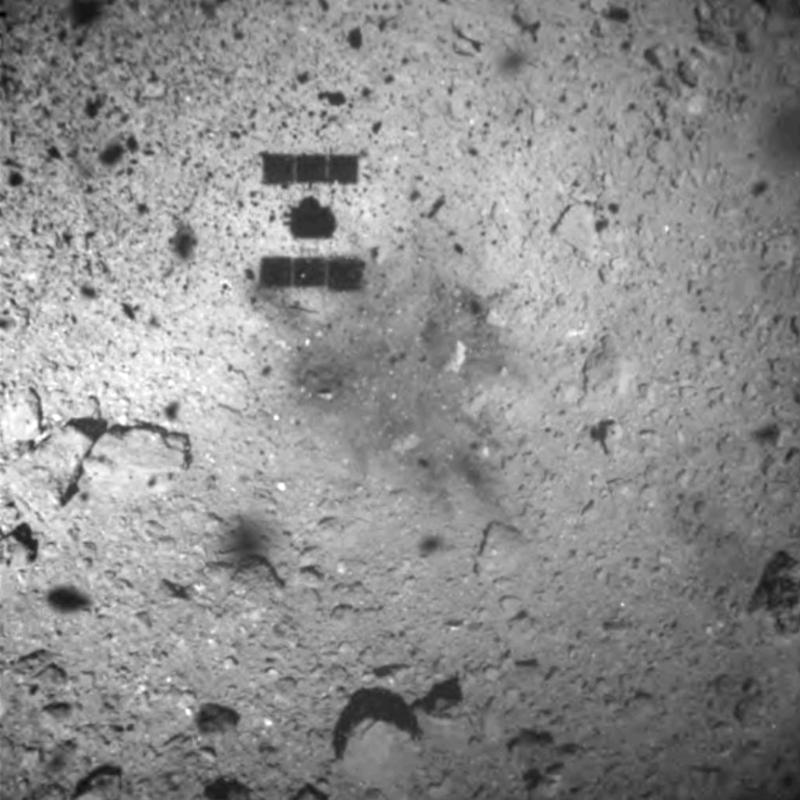 This Feb 22, 2019, image released by the Japan Aerospace Exploration Agency (JAXA) shows the shadow, center above, of the Hayabusa2 spacecraft after its successful touchdown on the asteroid Ryugu. (JAXA / AP)

TOKYO — Japan's space agency said data transmitted from the Hayabusa2 spacecraft indicated it successfully landed on a distant asteroid Thursday and completed its historic mission of collecting underground samples that scientists hope will provide clues to the origin of the solar system.

Hayabusa2 is expected to leave the asteroid Ryugu to return to Earth at the end of next year, with the samples for scientific study

Hayabusa2 had created itself a landing crater in April by dropping a copper impactor. Thursday's mission was to land inside that crater and collect underground samples that scientists believe contain more valuable data.

Hayabusa2 is the first to successfully collect underground soil samples from an asteroid and comes ahead of a similar mission planned by the US National Aeronautics and Space Administration (NASA) team at another asteroid.

The Japan Aerospace Exploration Agency, or JAXA, said it has confirmed data showing Hayabusa2 touched down and rose safely after collecting the samples as planned. 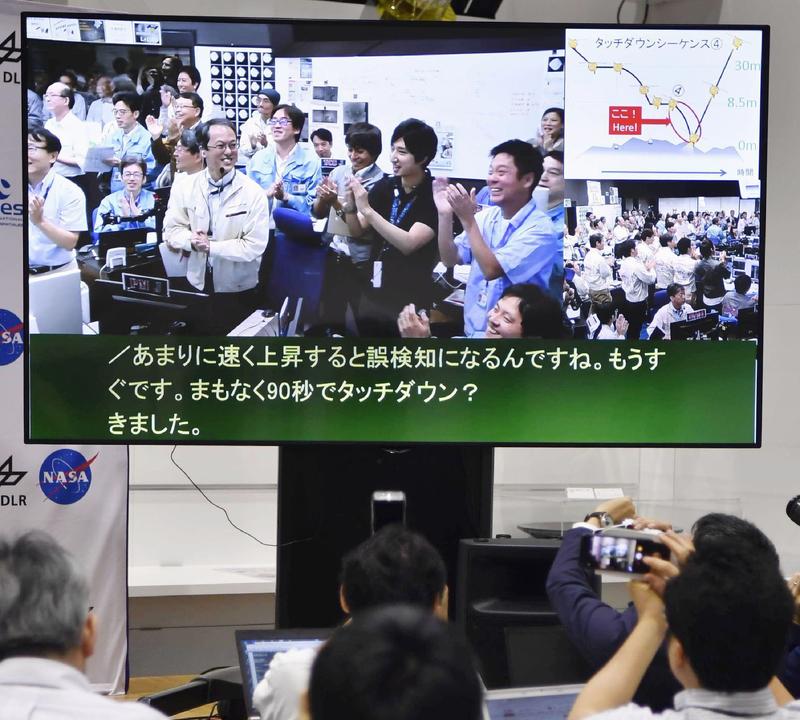 Takashi Kubota, a Hayabusa2 project member at JAXA, was beaming when he showed up at an unexpectedly early news conference to announce the result. The moment the success was announced in the command center, everyone stood up, cheered and applauded, some of them making victory signs.

"It was a success, a big success," Kubota said. "We achieved success in all scheduled procedures."

The spacecraft had started its gradual descent from its home location Wednesday. In the final landing phase Thursday, Hayabusa2 hovered at the height of 30 meters above the asteroid and quickly found its landing marker left from the earlier mission.

Actual landing was just few seconds. During the touchdown, Hayabusa2 would extend its sampling tube to the ground, shoot a pinball-size bullet to crack the surface and suck up the debris that got blasted off. Landing was a challenge for Hayabusa2 because of a risk of getting hit by dust and debris that remain at the crater, Kubota said.

"Everything went perfectly, even better than perfect, as if Hayabusa were reading our minds," he said. 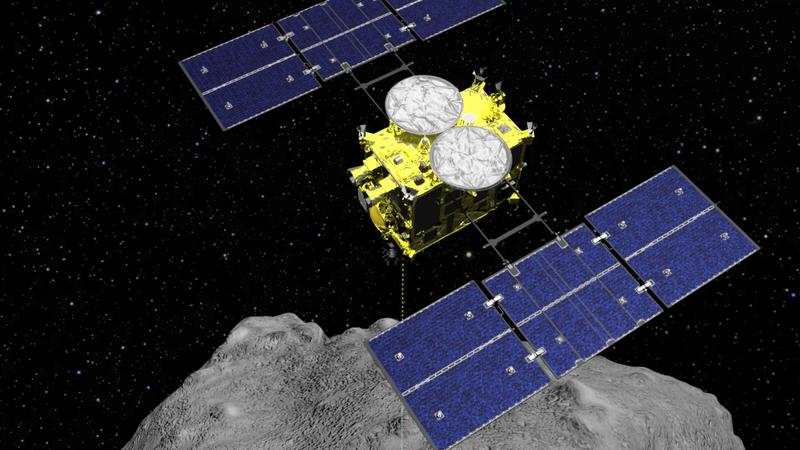 He said JAXA plans to send the spacecraft, which was on its way back to the home position above the asteroid, to examine the landing site from above.

The asteroid, named Ryugu after an undersea dragon palace in a Japanese folktale, is about 300 million kilometers from Earth. Hayabusa2 is expected to leave the asteroid to return to Earth at the end of next year, with the samples for scientific study.