Turkey signals it's holding back on resuming Syria push 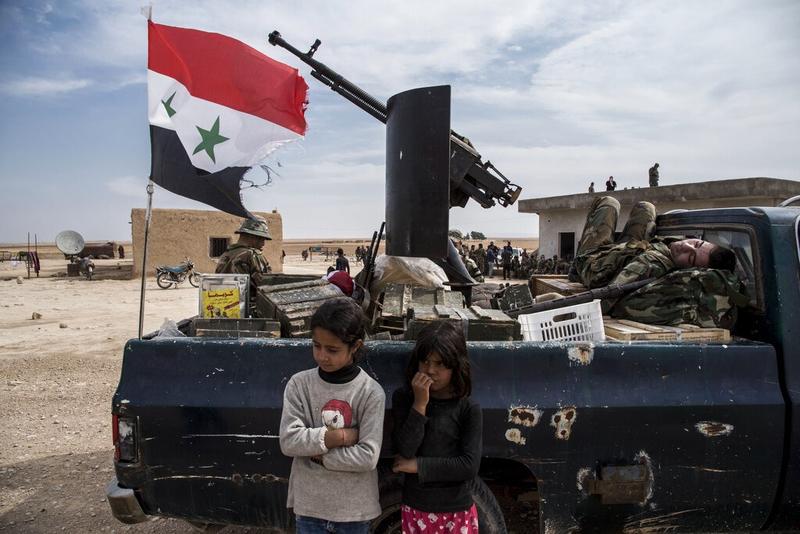 ANKARA — Turkey will not resume its offensive against Kurdish Syrian fighters in northeast Syria, the country's defense ministry signaled on Wednesday, following separate agreements reached with the US and Russia.

The ministry said the US had announced that the Syrian Kurdish fighters had completed their pullout from areas Turkey invaded earlier this month, as a five-day cease-fire allowing for the withdrawal expired Tuesday night.

The statement came the morning after Turkish President Recep Tayyip Erdogan and Russian President Vladimir Putin announced a separate deal for their forces to jointly patrol almost the entire northeastern Syrian border after the Kurdish withdrawal.

US had announced that the Syrian Kurdish fighters had completed their pullout from areas Turkey invaded earlier this month, as a five-day cease-fire allowing for the withdrawal expired Tuesday night

Under that deal, Turkey will maintain control over the region it holds since its incursion, an area which runs roughly 120 kilometers along the Turkish-Syrian border and spans a depth of about 30 kilometers.

It also lets Russian and Syrian troops control the rest of the border, filling a void left by the US troops' abrupt withdrawal.

"At this stage, there is no further need to conduct a new operation outside the present operation area," the ministry statement said.

However, Turkey's Foreign Minister Mevlut Cavusolgu said that Turkish forces would "neutralize" any Syrian Kurdish fighters they come across in areas that Turkey now controls.

"If there are terrorist remnants, we would clear them," Cavusoglu told Turkey's state-run Anadolu Agency in a televised interview.

Cavusoglu said the deal with Russia would continue until a lasting political solution for Syria is reached. The border areas would be locally administered, mostly by Syrian Arabs, he added.

He also said that Turkey agreed not to conduct joint patrols in the Syrian city of Qamishli, because of Russian concerns that such a move could lead to a confrontation between Turkish troops and Syrian government forces, long present in the area.

The Turkish foreign minister added that he hoped the deal would lead to the return of Syrian refugees and renewed a call for international assistance to resettle refugees.