By Yang Han in Bekasi, Indonesia

Shared platform is launched in Indonesia for accelerated regional cooperation to cut costs in vehicle industry research, testing and rules 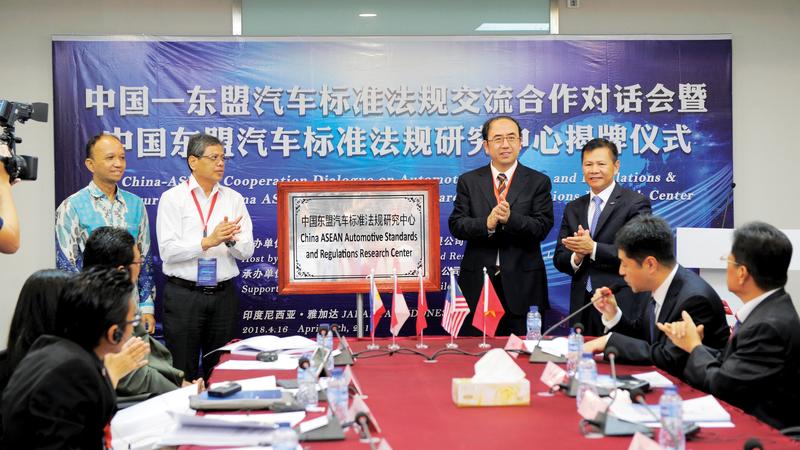 From now on, automobile industry players in China and the member states of the Association of Southeast Asian Nations (ASEAN) will have their own platform to conduct cooperation and research on automotive standards and regulations.

The China ASEAN Automotive Standards and Regulations Research Center — jointly initiated by the China Automotive Technology and Research Center and SAIC-GM-Wuling Automobile (SGMW) — was inaugurated on April 16 at SGMW’s Indonesian branch in the Cikarang industrial area of Bekasi district, in West Java province.

By promoting communication, research and cooperation between China and ASEAN in the field of automotive standards, regulations, certification and testing, the center aims to facilitate mutual development of automotive technologies in China and ASEAN. It will not only promote information exchange, but also people-to-people exchange for joint cultivation of international talent.

Standards are a universal language shared by the world and a propeller for international trade, said Wang Junwei, deputy director of the Industrial Standard Department One at the Standardization Administration of China. “China has always laid emphasis on standardization, especially on communication and cooperation with countries in the Belt and Road Initiative.”

“ASEAN, as an important destination of the initiative, is a priority for us in cooperation on standardization,” Wang said.

Wang said bilateral trade in the automobile sector has risen significantly due to the China-ASEAN free trade area. He expected that the automobile industry on both sides can be further developed with the new platform. 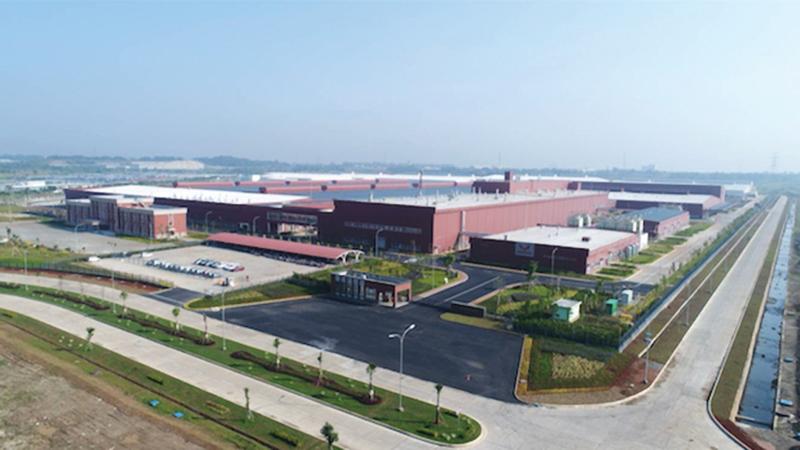 With a total investment of US$700 million, SGMW’s Indonesia facility consists of a 30-hectare vehicle plant and a 30-hectare supplier park. (PHOTO PROVIDED TO CHINA DAILY ASIA WEEKLY)

The center also engages industry experts from Indonesia, Malaysia, Vietnam, the Philippines and Thailand, with plans to extend to more ASEAN countries in the future, said Yu Kai, president of the China Automotive Technology and Research Center, a comprehensive technical service institute affiliated to the State-owned Assets Supervision and Administration Commission of the State Council, China’s Cabinet.

“The reason why we choose these five countries first is because they all have a relatively well-developed automotive market and have set up their own regulations and standards for automotive products,” said Yu.

Accounting for one-third of the total automotive sales in ASEAN countries, Indonesia is the biggest automotive sales market in the bloc, followed by Thailand. With a large population of 260 million and a rapidly expanding middle class, the Indonesian market is expected to record continuous growth in the coming years, said Heru Nugroho, vice-director of industrial land transportation equipment at Indonesia’s Ministry of Industry.

Vehicle sales in Indonesia in 2018 are likely to reach 1.125 million units at a growth rate of 4.6 percent, according to a report by consulting firm Frost & Sullivan. Commercial vehicles are expected to be in high demand, along with steady growth in low-cost green cars and multi-purpose vehicles (MPVs).

Nugroho said government policy and regulation can be an important factor in the growth of the automotive industry, which can be further improved through cooperation. He expected that with the establishment of the center, companies, technical experts and regulatory bodies can sit together to promote market integration.

“Transportation is one of the backbones that drive the economy of Indonesia,” said Jabonor MM Tr, section head of vehicle certification, from the Ministry of Transportation. He said it is important for manufacturers to comply with government and industry regulations to ensure the quality and safety of cars on the roads. In addition, the government will continue to improve the testing standard for vehicles and ensure it meets international standards.

Xu Feiyun, president of SGMW Indonesia, said promoting the mutual recognition of standards between China and ASEAN countries will help ease the process of vehicle testing to avoid a duplication of the examination process and to lower costs.

With a total investment of US$700 million, SGMW’s Indonesia facility consists of a 30-hectare vehicle plant and a 30-hectare supplier park to accommodate the firm’s suppliers, both from China and elsewhere across the globe. Most of its current employees are recruited locally, and the company partners with Liuzhou City Vocational College to provide training courses for its Indonesian technicians.

The facility is designed to reach an annual capacity of 120,000 cars and provide 3,000 jobs. In the long run, the company also plans to utilize the facility as a manufacturing base for sales in other ASEAN countries.

Currently, the branch produces and sells the Confero S and Cortez models in Indonesia, based on SGMW’s Hongguang and Baojun 730, its best-selling MPVs in the China market. Sales have reached 8,000 units and are expected to hit 30,000 this year, said Xu.

Yu from the China Automotive Technology and Research Center said the company can set an example for communication and cooperation between industry players in China and ASEAN.

“As new-energy vehicles are becoming more and more popular in ASEAN countries, Chinese companies should work proactively to conduct communication and cooperation with these countries on standards and regulations,” said Xu.

With production and sales volume in 2017 of 794,000 and 777,000 new-energy vehicles, China was the world’s biggest new-energy vehicle market for the second year, according to Wang from the Standardization Administration of China.

The first China-ASEAN Cooperation Dialogue on Automotive Standards and Regulations, which was held after the center’s inauguration ceremony, was attended by more than 40 regional experts from the industry. Other key events under planning include an International Symposium on ASEAN Automotive Market Access and Technical Regulations; exchange visits between China and ASEAN regulation and certification institutes; and talent exchanges and training on international regulations.