Shenzhen gets a snapshot of the gaming industry 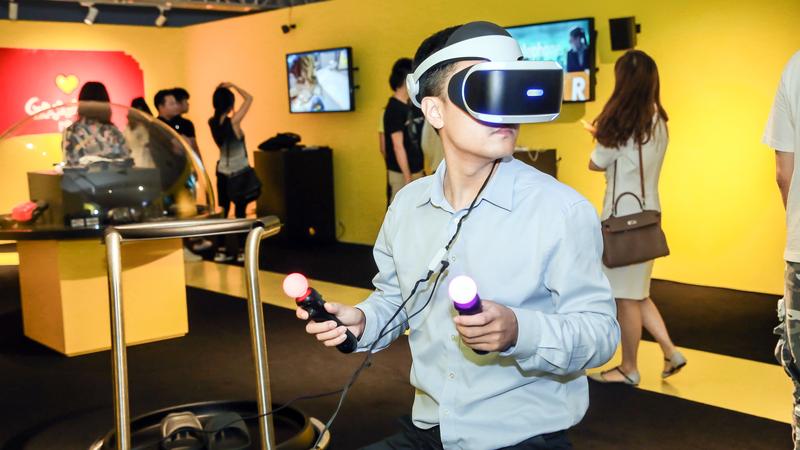 The future section of the show Game On features games using new technology such as virtual reality. (PHOTO PROVIDED TO CHINA DAILY)

An exhibition of video games is igniting the passion of Chinese game players in Shenzhen by offering more than 150 games to explore the past, present and future of video games.

The touring show Game On, produced by the Barbican Center in London in 2002, has attracted more than 3 million gamers in 30 countries in the past decade. And Chinese gamers are no exception since it opened to the public on Aug 18 in Shenzhen, a city that has a booming gaming industry.

Couples, families and groups of men gather in front of rows of consoles that occupy almost a three-floor exhibition space, concentrating on various games that were key and influential in the development of video gaming, such as Super Mario Bros., Street Fighter, Donkey Kong and Tomb Raiders.

The show comprises 15 sections cataloging the history of more than 150 popular games, such as Early Games, Top 10, Multiplayer and Future, turning the building into a "museum of games", according to Patrick Moran, the exhibition manager of Barbican International Enterprises.

The show has been well received wherever it has toured and become the most popular show produced by the Barbican Center in terms of visitor numbers, says Moran.

On one hand, the show always updates itself with fresh content because of the fast developing game industry, and on the other, it also features local elements in different countries.

But for the show's debut in China there's no localization.

As of 2017, China had about 583 million gamers, with more than half being mobile game players, according to the China Game Industry Report 2017 issued last December.

Speaking about the show, Moran says: "It's the first time we have been in China," and adds that they are considering including Chinese games into the show in future.

In fact, Moran says they have noticed Chinese game developers such as Tencent when these companies started to purchase their counterparts overseas several years ago. 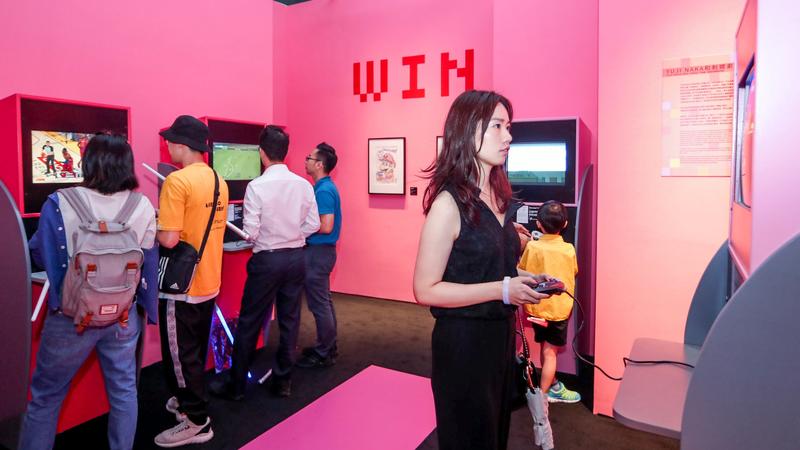 The show attracts droves of gamers to Shenzhen to enjoy consoles providing more than 150 games. (PHOTO PROVIDED TO CHINA DAILY)

Speaking of why the show was introduced to China, Yang Juze, the founder of the show's organizer Blooming Investment, says that games are important elements of pop culture. Previously, Yang's company had introduced other popular shows to Shenzhen, such as the Tokyo-based digital art team TeamLab and the digital exhibition created for the Dunhuang Research Academy to showcase China's Buddhist art.

Speaking about his venture, Yang says: "People in China now want good content. And the government also supports this."

As for Moran, he says that the show not only invites people to play games, but also lets them understand the development of games from a different perspective.

For instance, the show has sections showing how games, films and music are influenced by each other. And it has exhibits showing how a game was created and packaged into a final product.

For Zhou Xingwei, 31, who was at the show with his girlfriend, the first floor of the exhibition which is full of vintage arcade machines was his favorite.

"It's so exciting to touch the buttons again," says Zhou, who says he spent a lot of time at gaming arcades in the 1990s.

But, for Lin Canxin, 21, the pinball and arcade machines are unfamiliar because he comes from a generation that grew up with computers.

So, the computer games on the second floor of the exhibition are his favorite section.

The college student spends three hours a day on online computer games with his roommates at school.

And he is also interested in the Future section of the show, in which technologies like virtual reality are used.

As for how he sees things progressing, Moran says that gaming trends in the West and East are merging. Previously, people in the West were in favor of consoles and single computer games while gamers in China and South Korean were fond of online computer games.

"But with the development of technology, gamers' tastes across the world will be almost the same, and the devices will become smaller and wearable," adds Moran.

The show will run until Oct 14 and Moran hopes it can tour other cities in China.