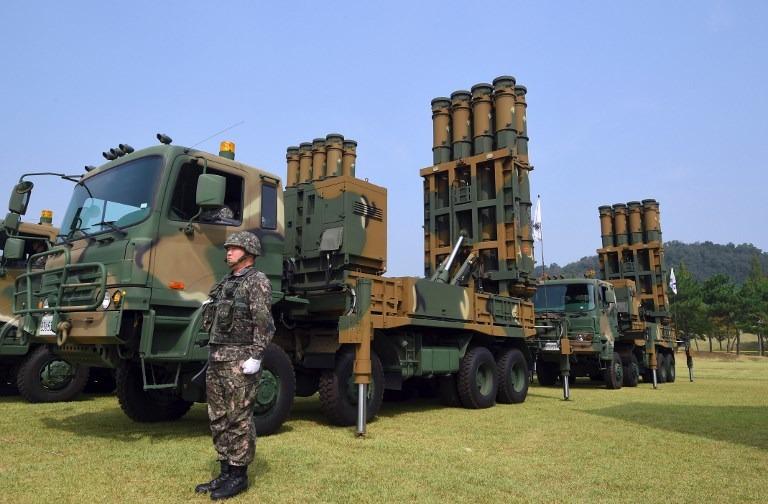 This photo taken on Sept 25, 2017 shows a South Korean soldier standing by a Cheongung medium range surface-to-air missile system during a media day presentation of a commemoration event marking South Korea's Armed Forces Day at the Second Fleet Command of Navy in Pyeongtaek. A Cheongung missile of South Korea's air force reportedly exploded in midair on March 18, 2019, after it was unintentionally launched during maintenance works.(JUNG YEON-JE / AFP)

The Cheongung medium-range surface-to-air missile was abnormally fired during the regular maintenance at about 10:38 am local time (0138 GMT) from an air force base in Chuncheon, some 85 km northeast of the capital Seoul.

The anti-aircraft missile blew up in mid-air as it is designed to explode by itself under an abnormal situation, the air force was quoted as saying.

Neither human nor property damage has been reported. The air force formed a task force to investigate the cause of the accident.

The homegrown guided missile is designed to target aircraft or missile at an altitude of about 40 km.

During the first live-fire drill in November 2017, two Cheongung missiles hit a mock target accurately, according to the Yonhap report.