Maintaining the traditional craft for his family's sake 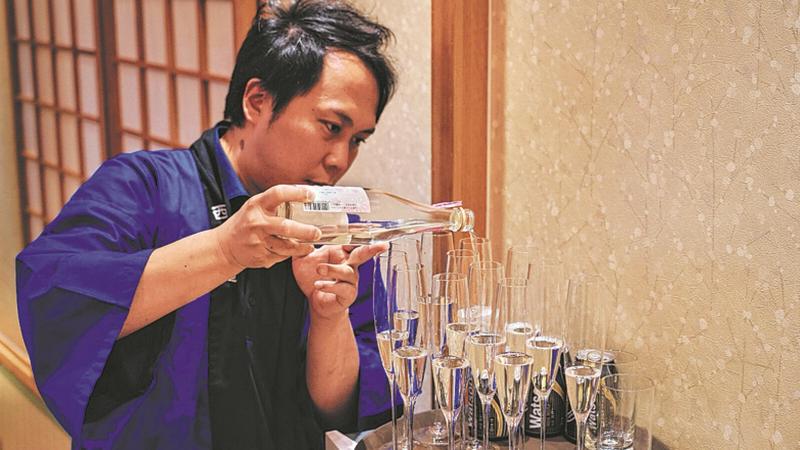 A sake brewery was founded 107 years ago in Komatsu, a small town in Japan's Ishikawa prefecture, flanked by mountains and the vast ocean beyond.

Summer is the only time that Hirohisa is available to meet guests, because the sake-making season begins in September and continues until January.

Like the undulating Japan Sea to the south, the Hirohisa sake factory has had its ebbs and flows over the past century, matching the tide of sake consumption in Japan - a once-booming industry that has witnessed a decline over the past 30 years.

Although his father was forced to sell the family-run brewery to outside parties during hard times, Nishide Hirohisa is the business' fifth-generation owner.

"I made up my mind when I was young to buy it back," Hirohisa recalls.

For five years, beginning in 2001, Hirohisa worked and learned the trade from a man widely regarded as "god of the sake world", Noguchi Naohiko. A legend of the industry, Naohiko is extremely strict when performing each step of the sake brewing process.

"Many of my peers at Naohiko's sake factory quit because they couldn't endure his extreme requirements, and you need to work even harder to impress him and for him to remember your name," Hirohisa says.

ALSO READ: Sparkling sake vies to be the toast of choice

He says that Naohiko cherished the rice so much that he would be mad if even a single grain dropped on the floor.

In 2006, Hirohisa went back to work at the former family sake factory as a brewer. He was finally being able to buy it and bring it back into the family years later.

Now, the Hirohisa sake factory is again a purely family affair. Hirohisa, his wife, his mother, his brother and his sister-in-law keep the factory running, and every step of the brewing process is performed by hand.

"Sake is not an industrial product in Japan. Handmade sake has its own specialties," says Hirohisa.

"However, it's difficult to make the same flavor year after year, because even under the same conditions, using the same water, the temperature each winter is different, so the brewer needs to use his experience to try to make each year's flavor consistent," he explains.

According to Hirohisa, there are around 1,400 sake factories in Japan, and each has its own specialty. "Unlike wine, sake uses different rice and brewing skills to produce different flavors. My style is to highlight the flavor of the rice and ensure a smooth taste," he says.

The Hirohisa family's signature sake is Kenroku Zakura (amorous spring), which is popular in Komatsu. Hirohisa created his own signature series after his stint as a student of Naohiko. 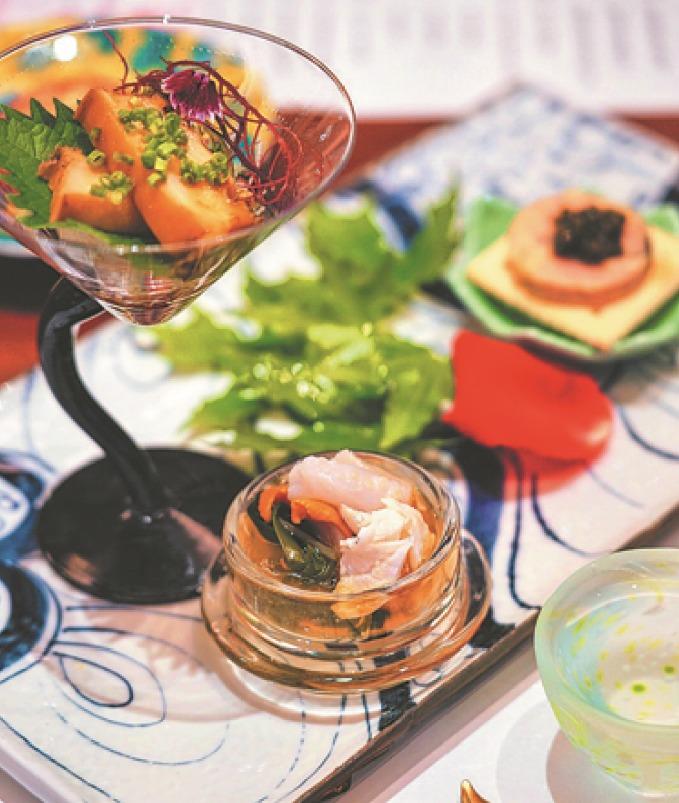 The Hirohisa series includes three types of sake - Q, Kagami and Shiro - which represent his ideals of purity and perfection with multiple layers of flavor.

The flavor of Shiro is smooth and sweet, which highlights the taste of the rice, and Kagami is a bit stronger with the aroma of melon and pear.

"The flavor of Shiro doesn't stay long in the mouth, but one can feel the aroma of the rice," he explains.

According to Hirohisa, Q has a slightly fruity aroma and is made using 35 percent polished rice - meaning that 65 percent of the grain's surface has been "polished" away, exposing the rich starch at the core of the grain. This results in sake with a brighter aroma and lighter, clearer taste. Only 150 bottles of Q are produced every year.

Like fine spirits and different wines, Hirohisa thinks the shape of the glass has an effect on the taste of sake. "For Kagami, a wide-mouthed glass is a good choice, and for Q, a white wineglass can highlight its aroma," he explains.

Now, all three of these handcrafted sake varieties are available in China, through the restaurant chain Yotsuba.

Wang Zicheng, sake sommelier and director of operations for Yotsuba, met Hirohisa in the summer of 2017. Wang was so impressed by his brewing skills that he went to see Hirohisa's sake production.

Summer is the only time that Hirohisa is available to meet guests, because the sake-making season begins in September and continues until January.

Wang and his team from Yotsuba invited Hirohisa to import his sake to China, and after months of persuasion, Hirohisa's signature series finally landed on the Chinese mainland.

To celebrate the September launch, Yotsuba created a 10-course set menu with full sake pairings. Hirohisa attended the launch event on Sept 2, explaining how he made the sake and how the Hirohisa series pairs with the food.

"Our sake factory is located near the sea, where there are a lot shellfish and white-meat fish. So my sake is an ideal accompaniment to seafood, especially octopus and scallops, and is also a good match with sushi," he explains.

After a short stay in Beijing, Hirohisa returned to Japan to commence this year's rice collection and then the washing, steaming and fermentation of the harvest.

Hirohisa may be getting busier as winter approaches, but he promises to come back next year with new sakes, but the same perfect flavor.