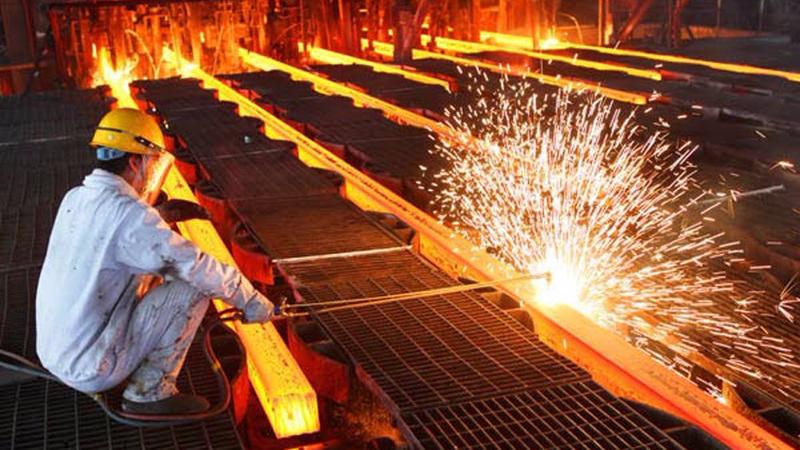 BEIJING - China's manufacturing sector grew at the slowest pace in eight months in July as export orders declined yet again in a sign of a darkening outlook for the economy and businesses amid an intensifying trade dispute with the United States, a private survey showed on Wednesday.

The Caixin/Markit Manufacturing Purchasing Managers' index (PMI) declined to 50.8 in July from June's 51.0, matching economists' forecast and a November 2017 level.

The Caixin/Markit Manufacturing Purchasing Managers' index (PMI) declined to 50.8 in July from June's 51.0, matching economists' forecast and a November 2017 level

While it remained above the 50-point mark that separates growth from contraction for the 14th consecutive month, the sub-indexes for output and new orders showed slower growth last month.

That led companies to continue to reduce staff levels, though a decline in inventory was a potentially positive sign.

More worrisome for manufacturers was a reading on new export orders which showed a marked contraction at 48.4 - the fourth consecutive month of shrinking orders and the worst slump since June 2016.

The weak trend for export orders comes as both China and the United States remained locked in a bitter trade dispute. On July 6, both nations slapped tit-for-tat tariffs on US$34 billion of each other's goods amid an escalating brawl that many investors and policy makers fear could harm investments and businesses in a hit to global growth.

"In general, the survey signaled a weakening manufacturing trend as a grim export market dragged on the sector's performance. The positive drivers were the increase in stocks of purchases and easing pressure on capital turnover," Zhengsheng Zhong, director of Macroeconomic Analysis at CEBM Group, said in a note accompanying the survey.

The Caixin survey results were broadly in line with an official PMI released on Tuesday showing slower factory growth in July, with the manufacturing index slipping to 51.2, from June's 51.5.

China's June exports growth cooled only slightly from the previous month, and so far there have been few signs of a broad impact from the tariffs on factories, with companies saying a weaker yuan was helping to cushion the impact of duties.

A raft of data for June showed momentum has already started to slacken in the world's second-biggest economy. The risk to the outlook from the escalating trade frictions has prompted Beijing to switch to a more accommodative fiscal policy in a bid to boost growth in the second half of the year.

On the cost front, price pressures faded some in July, the survey showed. Both input price and output price gains slowed, with some firms commenting that relatively subdued demand restricted pricing power. Input prices rose significantly faster than output prices, according to the survey, indicating margins of some downstream firms could be getting squeezed.