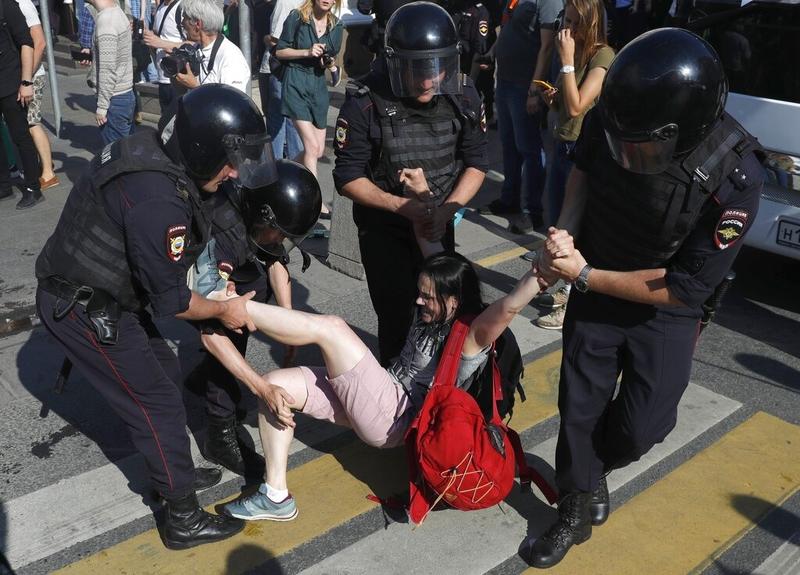 Police officers detain a woman during an unsanctioned rally in the center of Moscow, Russia, July 27, 2019. (PAVEL GOLOVKIN / AP)

MOSCOW — A Russian group that monitors police arrests says nearly 1,400 people were detained in a police crackdown on an opposition protest in Moscow, the largest number of detentions at a protest in the Russian capital this decade.

OVD-Info said the number of the detentions it logged for Saturday's protest reached 1,373 by early Sunday. The group has monitored arrests since 2011.

Russian police violently dispersed thousands of people who thronged Moscow streets on Saturday to protest election authorities for disqualifying independent candidates from the Sept. 8 election for the Moscow city council.

Several protesters reported broken limbs and head injuries. Police justified their response by saying the rally was not sanctioned by authorities.