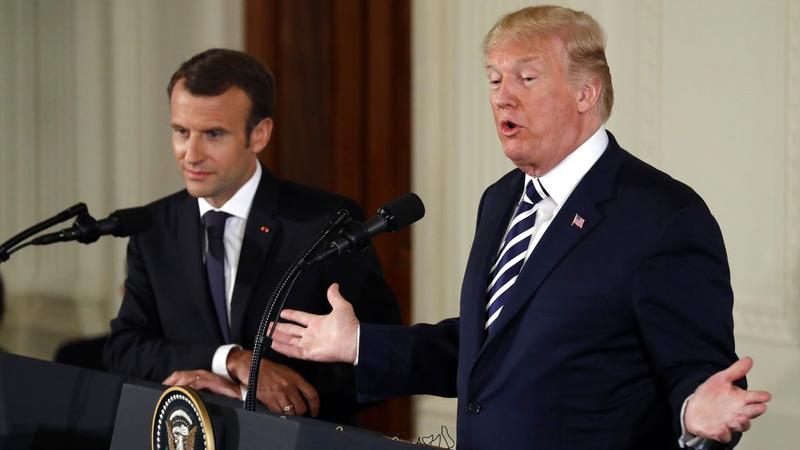 This April 24, 2018, photo shows US President Donald Trump, right, speaking during a news conference with French President Emmanuel Macron (left) in the East Room of the White House in Washington. (EVAN VUCCI / AP)

WASHINGTON — US President Donald Trump on Thursday said no one is authorized to speak to Iran on behalf of the United States, and he accused French President Emmanuel Macron of sending "mixed signals" to Tehran over possible talks.

It was not immediately clear what Trump was referring to and the White House declined to comment, but it was said in a report earlier this week that Macron had invited Iranian President Hassan Rouhani to this month's G7 summit to meet Trump. A French diplomat denied the report on Wednesday.

ALSO READ: Rouhani: War with Iran is the mother of all wars

European leaders are seeking to defuse the brewing confrontation between Tehran and Washington after Trump pulled out of the Iran nuclear deal last year and renewed sanctions in an effort to push a new deal under the US Republican president.

Tehran has responded with a series of moves, including seizing a British tanker in the Gulf and retreating from some of its commitments to limit its nuclear activity made under the deal.

The crisis is expected to be a focus at the G7 summit later this month. Trump and his administration officials have previously said Trump is open to talks with Iran and that the United States does not want war with Iran.