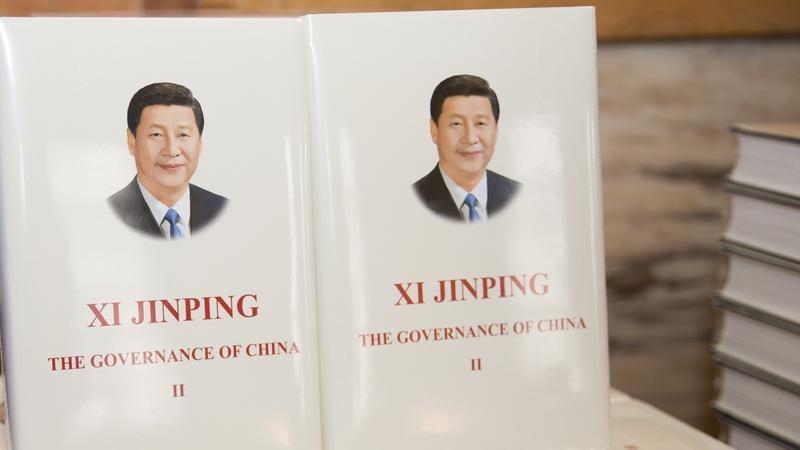 In this April 11, 2018 file photo, the second volume of "Xi Jinping: The Governance of China" launched in different languages in London, Britain. (ISABEL INFANTES / XINHUA)

BEIJING — A book of discourses on upholding and advancing the building of a community with a shared future for mankind by Xi Jinping, general secretary of the Communist Party of China Central Committee, has been published by Central Party Literature Press.

The book, which was compiled by the Party history and literature research institution of the CPC Central Committee, will be distributed across the country.

The book contains 85 discourses selected from documents including speeches and instructions given by Xi between Jan 28, 2013, when he chaired the third group study session of the political bureau of the 18th CPC Central Committee, and June 22 this year, when he made a speech at the Central Conference on Work Relating to Foreign Affairs.

Since the 18th CPC National Congress, Xi, who is also president, has put forward an array of discourses on building a community with a shared future for mankind from the perspective of the progress of human history and in line with the fundamental changes of the international landscape.

The vision of building a community with a shared future for mankind, first proposed by Xi in 2013 and developed in later years, is a crucial theoretical and practical innovation guiding major country diplomacy with Chinese characteristics.

In February 2017, the vision was written for the first time into a resolution of the United Nations Security Council by unanimous vote, which displayed a consensus of the international community toward the significance and value of such a vision.

The vision was enshrined by the CPC into its Party Constitution last October, and was written into the Constitution of the People's Republic of China at the annual session of the National People's Congress in March.

As an important part of Xi Jinping thought on the diplomacy of socialism with Chinese characteristics for a new era, the vision constitutes the country's commitment to the world to pursuing a path of peaceful development and a strategy of opening-up featuring mutual benefit and win-win cooperation.

It is also hailed as China's determination to work as a promoter of world peace, a contributor of global development and a defender of international order.