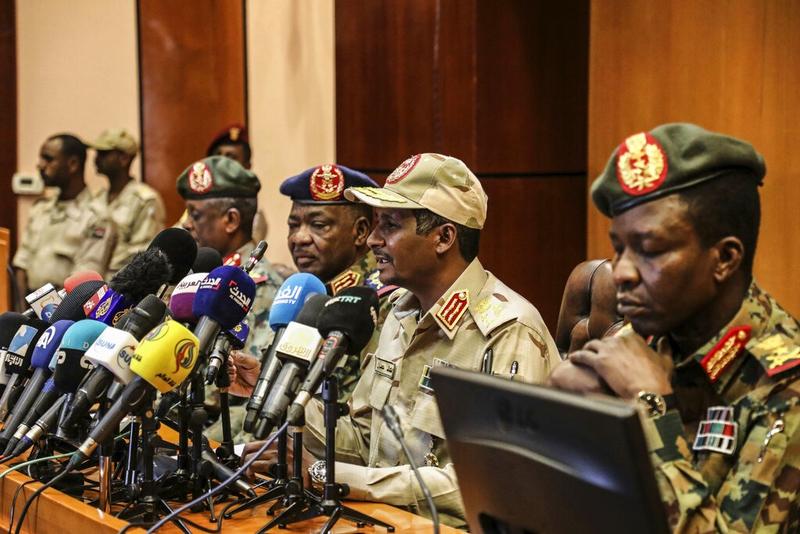 KHARTOUM, Sudan — Sudan's ruling military council resumed meetings with protesters on Sunday to discuss the country's political transition after talks were halted for three days while roads were cleared outside the main sit-in in the capital, Khartoum.

The two sides have held several rounds of talks since the military overthrew President Omar al-Bashir last month, ending his 30-year reign after four months of mass protests and sit-ins, which are still underway.

The deputy head of the military council, Gen Mohammed Hamdan Dagalo, better known as Hemedti, meanwhile said late Saturday that security forces have arrested those behind an attack on the protesters last week that killed at least five people, including an army officer. Both the military and the protesters had blamed the attack on al-Bashir loyalists.

The negotiations were suspended Wednesday, just hours after the military and the protesters announced they had agreed on the makeup of an interim parliament and a Cabinet for the transitional period, which is to last three years

"The assailants who opened fire (on protesters) have been caught. Their confessions will be broadcast on TV," said Dagalo, who heads the paramilitary Rapid Support Forces.

He hailed the Forces for the Declaration of Freedom and Change, which represents the protesters, for their role in al-Bashir's military overthrow on April 11.

"We want the democracy they are talking about. We want a real democracy, fair and free elections. Whoever the Sudanese choose will rule," he said.

The generals and the protesters remain divided on what role the military should have in the transition to civilian rule. Sunday's talks are expected to focus on the makeup of the sovereign council, which would guide the nation through the transition.

The Forces for the Declaration of Freedom and Change said it insists on "limited military representation" in a sovereign council led by civilians.