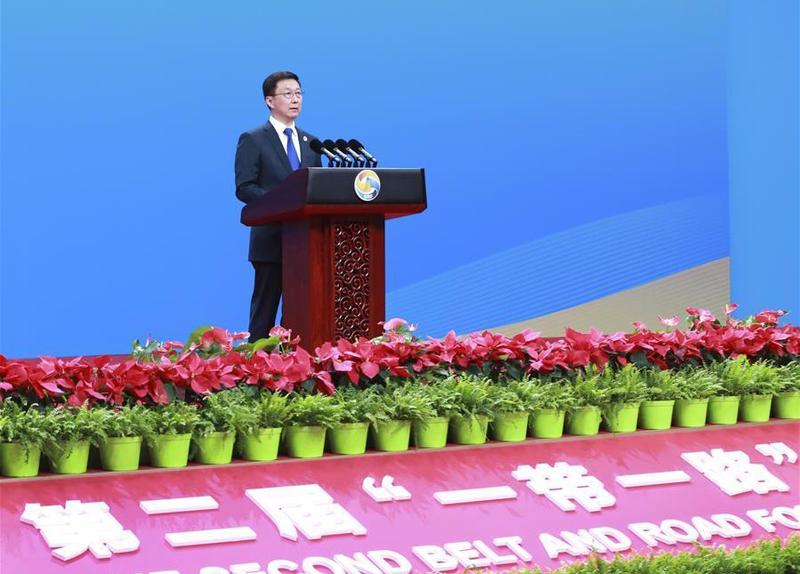 BEIJING – China called on economies participating in the Belt and Road Initiative to further synergize their strategies and align interests for shared future prosperity at a time when many countries' leaders have voiced support for the cause.

Countries and regions involved in the initiative need to continuously promote bilateral and multilateral mechanisms, and strengthen the coordination of their policies, platforms and projects, Vice-Premier Han Zheng said on Friday.

Enhanced efforts are also needed to further the building of high-quality and sustainable infrastructure, which can facilitate progress in regional connectivity, Han said.

Han spoke at a high-level meeting in Beijing attended by leaders from BRI-involved economies. It followed the opening ceremony of the Second Belt and Road Forum for International Cooperation.

In 2018, the number of freight trains traveling among these markets reached a record high of 6,300, an increase of 72 percent year-on-year, according to a report by the Chinese Academy of International Trade and Economic Cooperation.

Trade between China and countries connected by the trains grew quickly.

"The Belt and Road Initiative, in my view, is a grand global initiative," Abiy Ahmed, prime minister of Ethiopia, said at the meeting. It is China's answer to the challenges of the growing inequality of development and a platform supporting Ethiopia-China cooperation, he said. 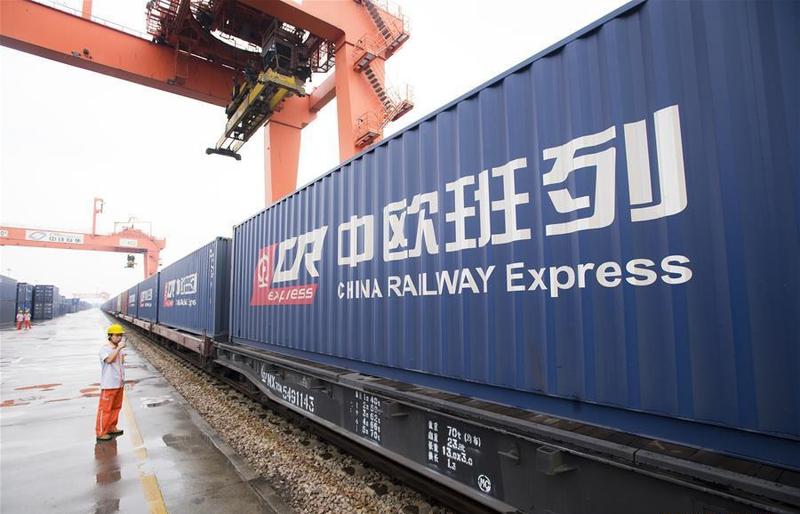 In this Aug 26, 2018 photo, a staff member prepares to unload containers from the freight train X8044 after the train from Hamburg of Germany arrived at Wujiashan railway container center station in Wuhan, Central China's Hubei province. (PHOTO / XINHUA)

As investment flows into infrastructure and digital interconnectivity, the BRI addresses development bottlenecks while respecting other nations' legal frameworks, he said.

Lee Hsien Loong, prime minister of Singapore, cited the example of the Chongqing Connectivity Initiative, the third government-to-government project between Singapore and China. He said it aims to connect the western part of China to Singapore and through Singapore to Southeast Asia and the world.

The Advisory Council of the Belt and Road Forum for International Cooperation suggested in a research paper that greater synergy is needed between the initiative and other national, regional and global development strategies and plans, such as the United Nations' 2030 Agenda for Sustainable Development.