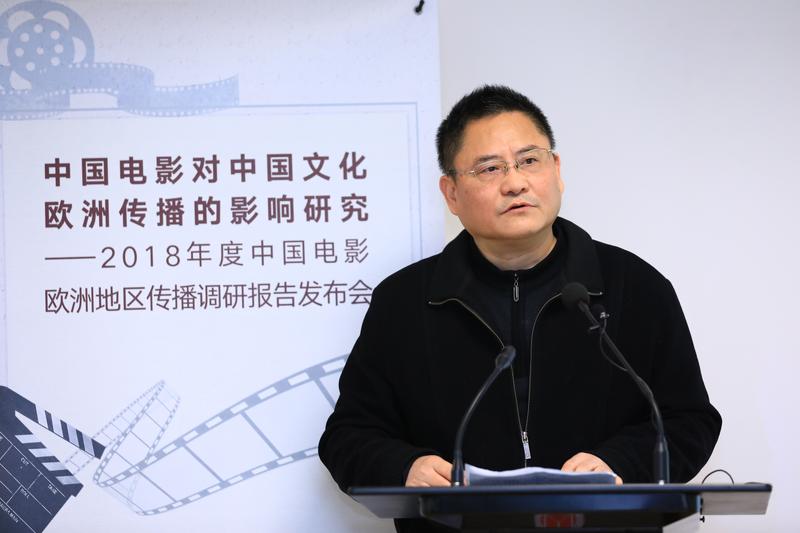 Films help Europeans to better understand today's China, as shown through an academic report, which was released by Beijing Normal University on Monday.

"It is good for filmmakers to have a better understanding of how films help build up China's national image."

A focus on family, emphasis on collectivism, and a tendency to support the weak side are three recognizable values in Chinese movies for European filmgoers, according to a recent survey the report is based on.

"Such values are also key parts of Chinese tradition," says Huang Huilin, 85, a senior professor at Beijing Normal University who launched the survey.

"We can thus see how big an influence films have in constructing people's impressions of Chinese culture."

The report is based on 1,549 responses to questionnaires taken in 2018 by different age groups in seven European countries－the United Kingdom, France, Germany, Italy, Spain, the Netherlands and Poland.

The Spanish had seen the most Chinese films among the seven countries, and 7.9 percent of interviewees from Spain have watched 20 Chinese films or more in the past three years.

Meanwhile, Huang says there needs to be more follow-up studies to explain the results.

"As China's global influence increases, we can see Europeans now have wider contact with Chinese films," the professor says.

"We also find their tastes are getting more diverse," she adds.

"Also, other than understanding traditional values, many interviewees showed a better understanding of modern China after watching the films."

But Huang says that Western stereotypes about China still prevail in some areas.

For instance, "loving peace", which is advocated as a mainstream value in China, is least recognized in the films, according to the survey.

In terms of production, the special effects in Chinese films impressed the Europeans, but when it came to distribution and publicity they were not happy, the survey showed.

Huang says this could help the Chinese adjust their strategies to promote Chinese films overseas.

Huang is China's first PhD supervisor in film studies. And this is the eighth year in a row for this widely respected scholar's team to research the global influence of Chinese films overseas.

The survey was originally a general one spanning the globe in its early years, but it was narrowed down to specific regions in recent years.

Last year's report was based on research in Canada and the United States.

Speaking about the survey, Sui Yan, a professor at the Communication University of China and editor-in-chief of Modern Communication journal, in which Huang's annual reports have been published, says: "In the film industry, big data analysis is used a lot.

"But these questionnaires can help you better understand film-related cultural issues. The past eight years have produced many valuable references for our film industry."

As for Xiang Yunju, the deputy director of the China Literature and Art Critics Association, he says: "From the Western perspective, Chinese culture was considered as one of 'the others' for a long time. But, frequent communication between Chinese and overseas films have changed this. Now, films draw people from overseas to Chinese culture.

"It is good for filmmakers to have a better understanding of how films help build up China's national image, especially in the context of the Belt and Road Initiative."