What to do with captured wildlife 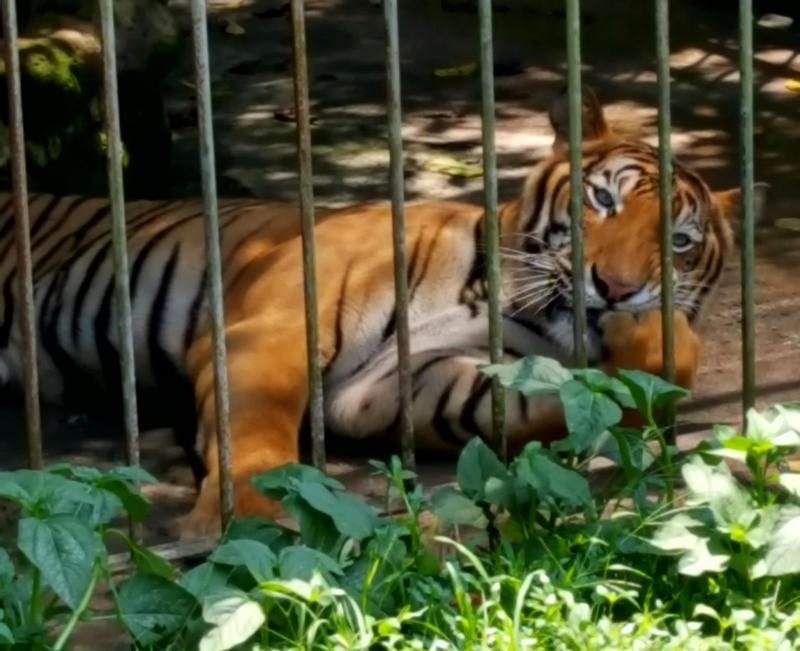 HANOI - The Wildlife Quaratine Centre in Thailand is home to many rescued animals, but whether these creatures should live at the center or back in the wild is still the big question.

A normal day for Kai, a young female staff member at the Wildlife Quarantine Centre in Nakorn Nayok, Thailand, just two hours from Bangkok, starts by preparing 144 chickens or pork for 12 rescued tigers.

At 2pm everyday, Kai brings chicken for tigers, serving first Wind, Fire, Water and Soil, the four oldest tigers who have lived at the center for five years since they were two months old.

“They are so gentle and they let me play or touch them like pets, but the problem is that under Thai law, centers are allowed to keep rescued animals for only five years.

“We don’t know what will happen to them because we aren’t allowed to feed them any more and can’t release into the wild either because they don’t know how to hunt to survive,” said Bencharong Sangarak, head of the center.

“We don’t have enough money to build bigger cages for them and more are coming as more tigers are rescued,” Kai said.

Besides tigers, the Wildlife Quarantine Centre – the first one in Thailand, along with 26 other rescue centers around the country – also takes care of many different species after they are illegally caught and transported by traders.

“Two weeks ago, more than 100 pangolins were rescued and transported to us,” the head said.

All 20 staff members of the center had to focus on taking care of the pangolins because at that time they were very weak.

“We have to feed them like babies because they are not familiar with having food in front of them,” Kai said.

However, currently only 15 of them are alive.

The situation is similar in Vietnam, which is considered as the second biggest market in the world for wildlife consumption, especially for ivory, rhino horn, pangolin and tiger.

In a recent survey by USAID Wildlife Asia with 15 in-depth interviews and 1,000 people surveyed in Hanoi, HCM City, Da Nang and Can Tho, 14 percent would like to buy ivory for home decor, gifts and jewelry.

“Buyers believe African elephants were declining and some governments intentionally destroy poached ivory. So they rush to purchase ivory before it becomes unavailable,” the report said.

“The rhino horn buyer is often a middle-aged or older woman, a wealthy business owner, or well-educated person with health problems. They also buy it for their parents,” the report revealed.

Regarding pangolin, four percent have bought it, 10 percent have eaten it and 7 percent are thinking to buy it. Many pangolins are showing up in rescue centers like those in Thailand.

“To stop this situation, we need to understand what motivates people to use rhino horn, ivory, pangolin and tiger bone. Only when you understand why people want to buy rhino horns can you think of ways to change that,” Dr David Lawson from the USAID Saving Species told Viet Nam News.

“Vietnam has approved stiffer penalties for illegally possessing rhino horn and ivory. That rule will come into effect in early 2018,” Vuong Tien Manh, deputy director of the Vietnam Ministry of Agriculture and Rural Development’s CITES (the Convention on International Trade in Endangered Species of Wild Fauna and Flora) Management Authority, said.

Under the new law, a wildlife trafficker might be fined up to US$60,000 and put in jail for seven years.

“Strict fines are one of the solutions to slash wildlife trafficking and trade,” Manh added.