Pope tells bishops to fight abuse, culture behind it 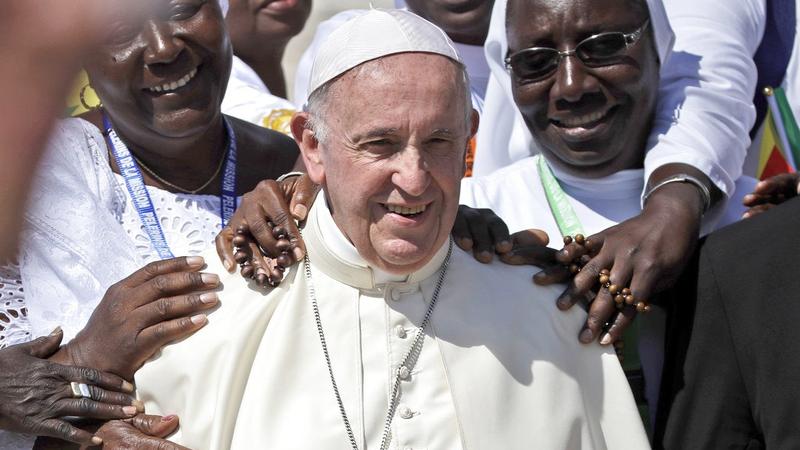 Faithful from Africa touch Pope Francis as he poses for photos with them at the end of his weekly general audience, in St. Peter's Square at the Vatican, Sept 5, 2018. (ALESSANDRA TARANTINO / AP)

VATICAN CITY — Pope Francis told newly ordained bishops Saturday that they must reject all forms of abuse and work in communion to fight the clerical culture that has fueled the sex abuse and cover-up scandal rocking his papacy.

The bishop can't have all the gifts — the complete set of charisms — even though some think they do, poor things

Francis cited his recent letter about combatting abuse during an audience with 74 new bishops from 34 developing countries. The bishops were in Rome for training this week.

Their seminar took place during a crisis for the pope: a lone archbishop has alleged Francis covered up for a now-former US cardinal who was accused of sexually molesting children and adult seminarians.

Francis has ignored calls from clergy and ordinary faithful to respond directly to the claims, saying there were times when "silence and prayer" were the best response.

However, the pontiff spoke in a general way about the Catholic Church's abuse scandal to the new bishops. Many of them hail from dioceses where mishandled clerical abuse cases haven't erupted publicly like it has in the United States, Europe and parts of Latin America.

"Just say no to abuse — of power, conscience or any type," Francis said, adding that to do so the bishops must reject the clerical culture that often places clergy on a pedestal and which Francis himself has blamed for fueling the scandal.

Francis also told the new bishops they are there to serve their flocks, and must work in communion with the church, not as lone actors.

"The bishop can't have all the gifts — the complete set of charisms — even though some think they do, poor things," Francis said. The church, he said, needs unity of bishops "not lone actors working outside the chorus, conducting their own personal battles."

It was perhaps an indirect swipe at Archbishop Carlo Maria Vigano, who broke with centuries of Vatican protocol and pontifical secret to name names and denounce two decades of cover-up by top Vatican bishops, cardinals and popes of the misconduct by ex-Cardinal Theodore McCarrick. 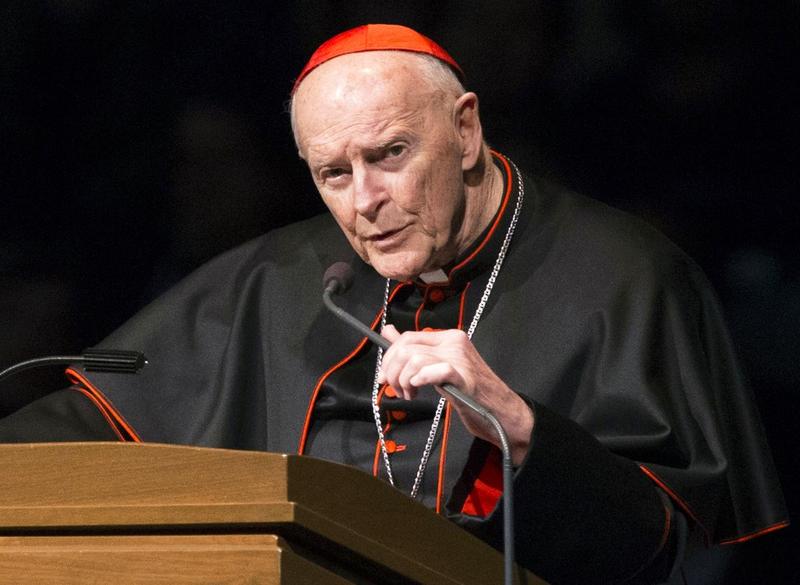 Specifically, Vigano said he told Francis about McCarrick in 2013, but claimed Francis nevertheless rehabilitated the American cardinal from sanctions that Pope Benedict XVI purportedly imposed in 2009 or 2010.

The Vatican has refused repeated requests for information about what, if any, sanctions were imposed on McCarrick, and what, if anything, Francis did about them.

Vigano's bombshell accusations have plunged the papacy into crisis, with a steady trickle of revelations coming out about who knew what and when about McCarrick — and what they did with that information.

On Friday, Catholic News Service, the news agency of the US bishops' conference, published a 2006 letter from a top Vatican official confirming that the Holy See knew as early as 2000 about McCarrick's penchant for inviting seminarians into his bed.

The letter, from now-Cardinal Leonardo Sandri, confirmed a key part of Vigano's testimony: That a New York City priest, the Rev. Boniface Ramsay, had written the Vatican's US ambassador in November 2000 complaining about McCarrick's behavior. 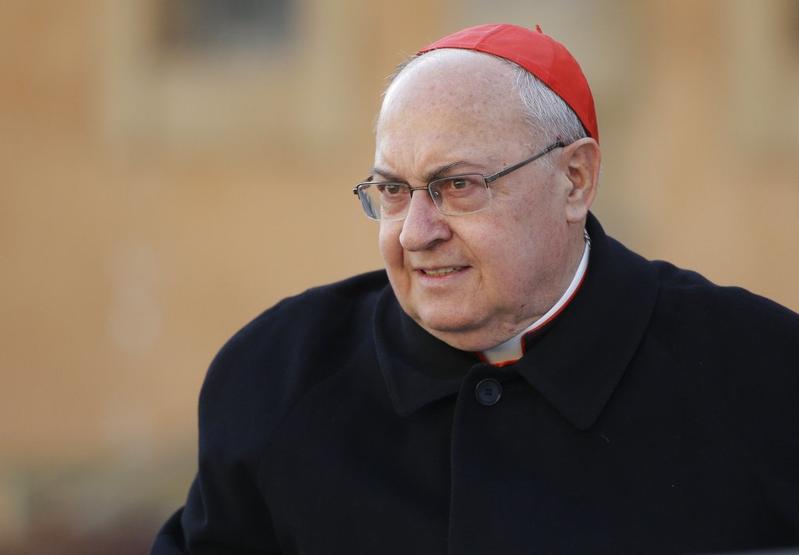 In this Monday, March 4, 2013 file photo, Argentine Cardinal Leonardo Sandri arrives for a meeting, at the Vatican. (ANDREW MEDICHINI / AP)

Previously, there were reports that a group of concerned Americans had travelled to the Vatican in 2000 to complain about McCarrick, and Ramsay himself had said he had written the letter in 2000.

But the documentary evidence of Sandri's 2006 missive confirms that Ramsay's 2000 letter had indeed arrived in the Vatican, hadn't been lost in a pile of mail or ignored, and was still so present and relevant six years later that Sandri cited it in a simple request to Ramsay for information about a job applicant.

Vatican watchers have compared the McCarrick cover-up scandal to that of the Rev. Marcial Maciel, the 20th-century Catholic Church's most notorious pedophile. Maciel's sex crimes against children were ignored for decades by a Vatican more impressed by his ability to bring in donations and vocations.

Like Maciel, McCarrick was a powerful and popular prelate who funneled millions in donations to the Vatican. He apparently got a calculated pass for what many in the church hierarchy would have either discounted as ideological-fueled rumor or brushed off as a mere "moral lapse" in sleeping with adult men.

Francis in July accepted McCarrick's resignation as a cardinal after a US church investigation determined that an allegation he fondled a teenage altar boy in the 1970s was credible.

McCarrick's lawyer has said the allegations against him are serious and that he intends to invoke his right to due process at the appropriate time.