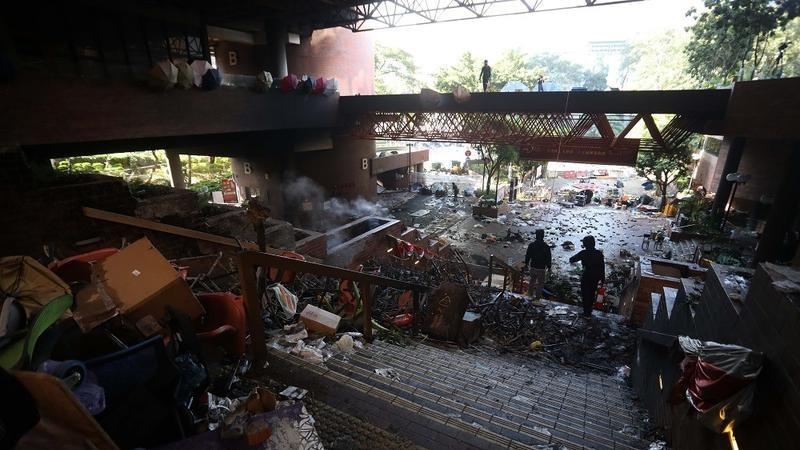 A team of police negotiators and social workers will enter the campus of the Hong Kong Polytechnic University to persuade the remaining protesters to leave, police announced on Monday.

For those in need of medical assistance, police will record their personal information and take photos, and then let them leave in ambulances, Yau Tsim District Commander Ho Yun-sing told the media.

Police said they are taking this action out of concern for the protesters’ physical and mental health.

The negotiating team will be dispatched as soon as Tuesday.

Dozens of people still remained on the campus on Monday, nine days after police surrounded it and announced that anyone occupying it was suspected of rioting.

The negotiating team will be dispatched as soon as Tuesday. The team will include fire services, ambulance services, and negotiators, as well as “independent neutral” members of society such as social workers, academics, principals, and former members of the Independent Police Complaints Council.

The police reiterated their desire to resolve the matter by peaceful and flexible means,Ho said. He repeated his call for the last protesters to leave the campus for “their own health, their families, and their friends”.

As of Monday, nearly 1,100 people had left the campus peacefully, including around 300 minors, according to police.