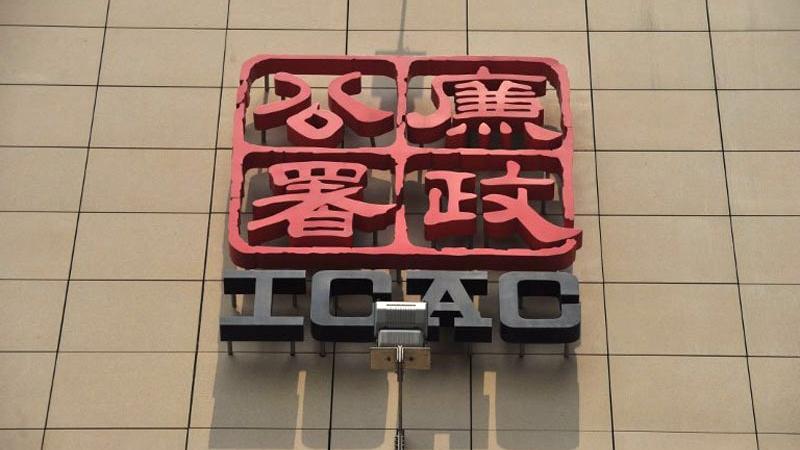 Five months after one of the most dramatic stock crashes in Hong Kong history, the city’s authorities are stepping up their investigation into a group of companies that one prominent investor has dubbed the “Enigma Network.”

The actions were related to the Enigma Network, a group of 50 listed businesses highlighted by activist investor David Webb for their complex web of cross-shareholdings

Hong Kong’s anti-corruption and securities regulators searched eight locations and arrested three senior company executives on Thursday, the Independent Commission Against Corruption (ICAC) said in a statement. The actions were related to the Enigma Network, a group of 50 listed businesses highlighted by activist investor David Webb for their complex web of cross-shareholdings, according to a person with knowledge of the matter.

Many of those stocks plunged suddenly on June 27, some by as much as 90 percent, in a crash that underscored concerns about wild price swings and concentrated ownership of small-cap companies in Hong Kong’s US$5.1 trillion equity market.

The city’s regulators have vowed to crack down on stock manipulation, with Securities and Futures Commission enforcement head Tom Atkinson saying in October that “anyone who has been exploiting investors through this type of scheme should not underestimate our resolve to stop them.”

Thursday’s actions came two months after the SFC’s largest-ever search operation. That raid was also related to the Enigma Network investigation, said the person with knowledge of the matter, who asked not to be identified because the probe’s details aren’t public.

Atkinson said in October that the searches were related to “the emergence of nefarious groups of interrelated companies that work in coordination to extract value from unsuspecting investors.” The latest raid by the SFC and ICAC was their first-ever joint operation.

While authorities didn’t release the names of companies they searched Thursday, Convoy Global Holdings Ltd., one of the businesses Webb included in the Enigma Network, said in a statement that it had suspended two of its executive directors after they were involved in a law enforcement action. The company halted trading in its shares on Thursday morning.

Lerado Financial Group Co., another firm Webb placed in the network, said Friday it had been “invited to assist” ICAC in an investigation, without giving more details. The company, whose shares have been suspended since June, is providing the agency with documents and records, it said in a statement.

Trading in six of the 50 Enigma stocks has been suspended, Webb said in a phone interview on Friday. He added that, in some instances, the SFC should seek to have the companies liquidated.

“In several of the cases they should go to court and ask for winding up orders to liquidate these companies’ assets and return the proceeds to shareholders,” Webb said.