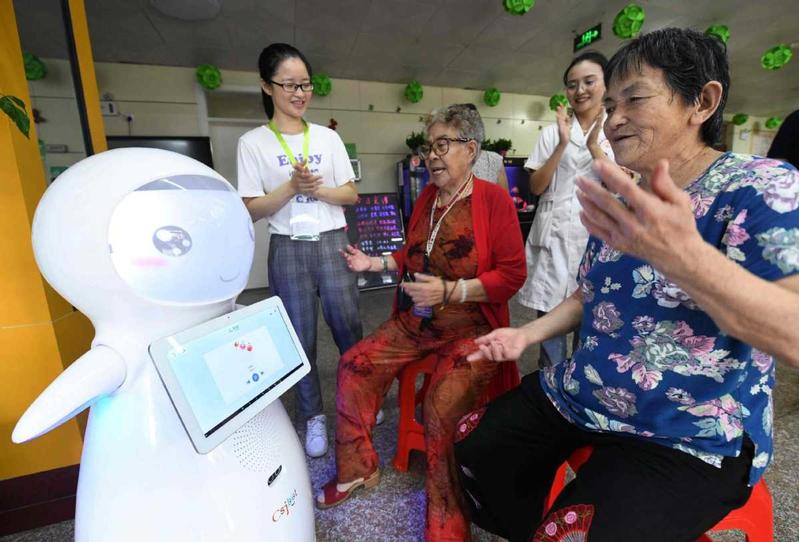 For years, ailing residents of nursing homes have struggled with an elderly care system that mostly does not offer reimbursable medical service as hospitals do, despite recent progress.

China is 20 years into its "aging country" status, according to global standards, and the senior population is expanding at an alarming rate

To avoid the bills, they were made to shift constantly between hospitals and care facilities, creating trouble for their families, exacerbating the shortage of medical resources and causing many care facilities to sit idle.

Nursing homes and medical institutions are expected to become friendlier to patients now that the central government has renewed efforts to integrate the two systems.

The National Health Commission, alongside several central agencies, plans to roll out a guideline encouraging elderly care providers to run healthcare services by building up their own medical centers or signing up hospitals for such services, according to Wang Jianjun, a senior Party official with the commission.

Hospitals and community health centers are also encouraged to offer care services for the swelling numbers of senior patients, Wang said at a news conference held by the State Council Information Office on Tuesday in Beijing.

Apart from the streamlined application process, authorities will attempt to make the transformation attractive by dangling benefits before hybrid facilities, including tax breaks equivalent to nonprofits and priority in land use.

The new arrangement is widely expected to make basic health insurance reimbursement easier. But Wang stressed that caution will be used to clarify the boundary between medical costs and spending on care.

"Money from the nation's basic health insurance system will only be used to pay medical costs," he said.

China is 20 years into its "aging country" status, according to global standards, and the senior population is expanding at an alarming rate.

Figures from the central government show China had almost 250 million people aged 60 and above by the end of last year, roughly 17.9 percent of its population. That figure is estimated to reach 487 million by mid-century, when one in three Chinese will be in that age group.

Health issues are widespread among the group. The National Health Commission said nearly 180 million seniors have chronic diseases, and 40 million have various levels of disabilities.

READ MORE: Care for the dying to go nationwide

To meet seniors' demand for medical services, the central government in 2015 issued a landmark guideline that signaled the start of government efforts to bolster the integration of medicine and elderly care, and triggered a boom for hybrid facilities.

China currently has about 4,000 such facilities, and another 20,000 nursing homes that have teamed up with medical institutions, according to the commission.