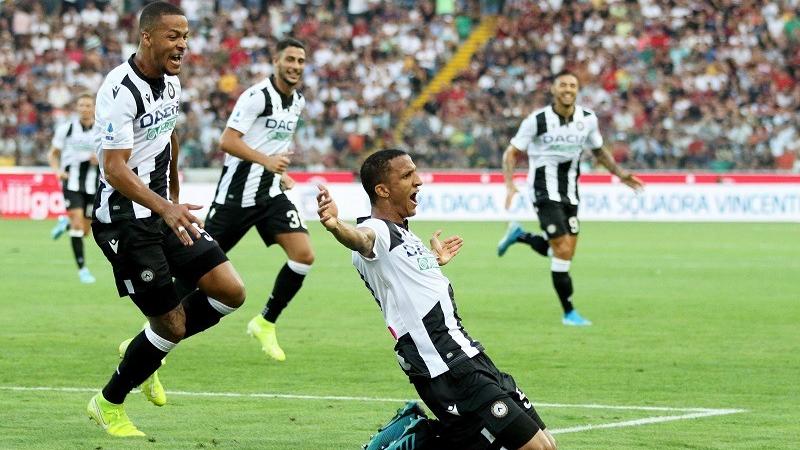 Udinese's Rodrigo Becao celebrates after scoring his team's first goal during the Italian Serie A soccer match between Udinese and AC Milan at the Friuli stadium in Udine, Italy, Aug 25, 2019. (GABRIELE MENIS / ANSA VIA AP)

Giampaolo replaced Gennaro Gattuso in June and the former Sampdoria coach is already ready to give up his favored 4-3-1-2 formation after a disappointing performance in which Milan didn't even have a shot on target.

Certainly you'll see them in a different formation. I have to make them play in their natural roles

"Certainly you'll see them in a different formation. I have to make them play in their natural roles," Giampaolo said. "I saw things that weren't done well because of the characteristics of my players.

"Today's match gave me a lot to analyze and the three up front have to develop into a different attack."

Becao, who was signed by Udinese in the offseason, headed a corner into the bottom right of the net in the 72nd minute.

The 23-year-old defender was signed from Brazilian side Bahia but had spent last season on loan at CSKA Moscow.

Milan thought it had a penalty after Alessio Romagnoli's header appeared to hit Samir on the arm but, after viewing it several times on the pitchside monitor, the referee deemed it involuntary.

Roma and Genoa also have new coaches in Paulo Fonseca and Aurelio Andreazzoli, respectively, and the two teams played out an entertaining 3-3 draw.

Roma will be the more disappointed of the two after leading three times thanks to goals from Cengiz Under and Edin Dzeko, and an Aleksandar Kolarov free kick that hit the underside of the bar and dropped down just over the line. 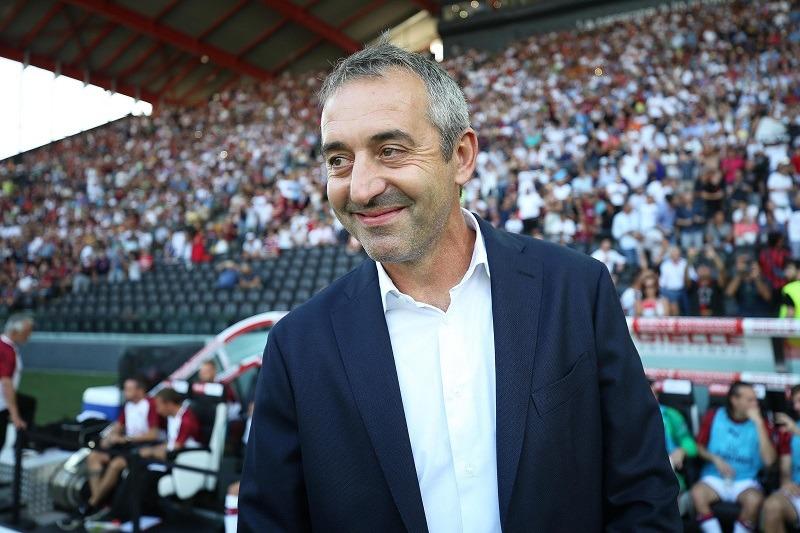 Milan's coach Marco Giampaolo looks on prior to the Italian Serie A soccer match between Udinese and AC Milan at the Friuli stadium in Udine, Italy, Aug 25, 2019. (GABRIELE MENIS / ANSA VIA AP)

However, Genoa fought back each time through Andrea Pinamonti, Domenico Criscito (penalty) and Christian Kouamé.

Luis Muriel scored twice as Atalanta fought back from two goals down to win 3-2 at Spal.

Atalanta surpassed all expectations to finish third in Serie A last season to qualify for the Champions League for the first time in its history.

Serie B champion Brescia won 1-0 at Cagliari, with Alfredo Donnarumma - last season's top scorer in the second division - scoring the only goal from the penalty spot. 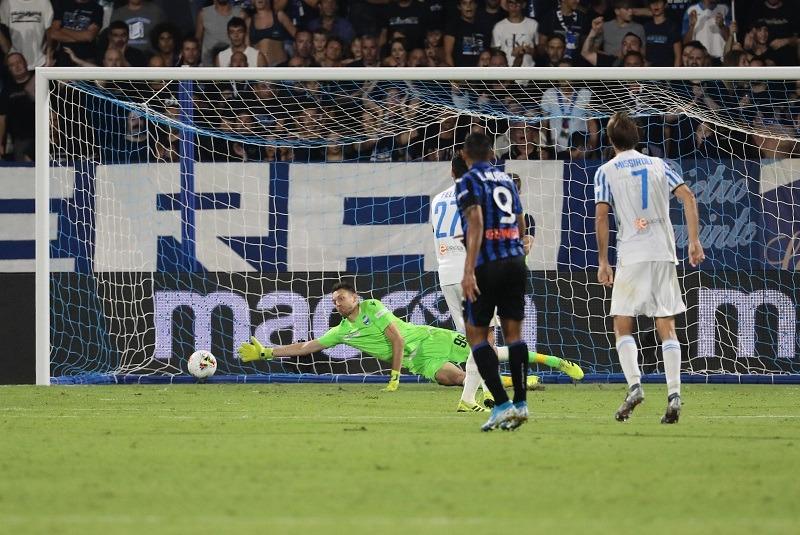 Atalanta's Luis Muriel, second from right, scores a goal during the Italian Serie A soccer match between Spal and Atalanta, at the Paolo Mazza stadium in Ferrara, Italy, Aug 25, 2019. (ELISABETTA BARACCHI / ANSA VIA AP)

Another newly promoted side, Hellas Verona, drew 1-1 at home to Bologna despite playing most of the match with 10 men after Pawel Dawidowicz was sent off in the 13th for a dangerous tackle on Riccardo Orsolini.