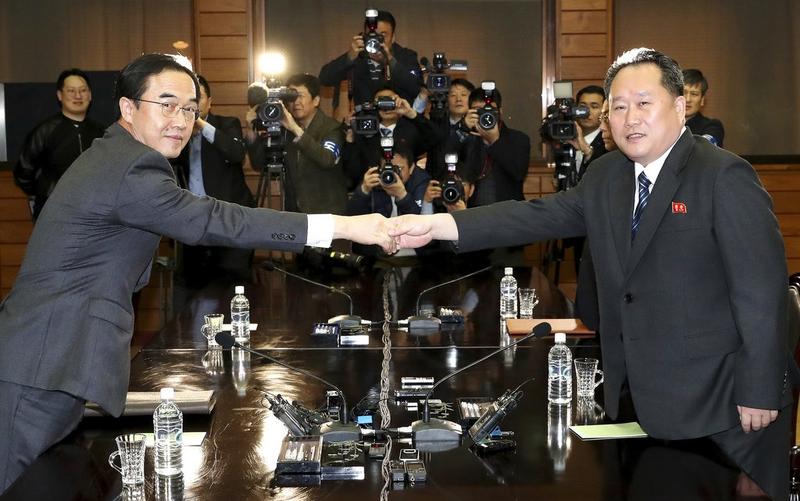 ROK Unification Minister Cho Myoung-gyon (left) poses with DPRK delegation head Ri Son-gwon for photographers before their meeting at the northern side of the Panmunjom, DPRK, March 29, 2018. (PHOTO / AP)

PAJU, Republic of Korea/TOKYO — The leader of the Democratic People's Republic of Korea (DPRK) Kim Jong-un will meet Republic of Korea (ROK) President Moon Jae-in at a border village on April 27, Seoul announced Thursday after the nations agreed on a rare summit that could prove significant in global efforts to resolve a decades-long standoff over Pyongyang's nuclear program.

ROK and DPRK plan to hold another preparatory meeting on April 4 to discuss protocol, security and media coverage issues

The announcement was made after officials met at the border village of Panmunjom. Few other details were immediately released, but the Koreas plan to hold another preparatory meeting on April 4 to discuss protocol, security and media coverage issues.

The leaders of the two Koreas have held talks only twice since the 1950-53 Korean War, in 2000 and 2007, under previous liberal governments in Seoul. The Korean Peninsula was divided in 1945.

Seoul's Unification Minister Cho Myoung-gyon, one of the three ROK participants in Thursday's talks, told reporters beforehand that setting up discussions between the leaders on ways to rid DPRK of its nuclear weapons would be a critical point. The DPRK's three delegates were led by Ri Son-gwon, chairman of a state agency that deals with inter-Korean affairs.

The talks follow a surprise meeting this week between Kim and Chinese President Xi Jinping.

The United States on Wednesday hailed the positive developments on the Korean Peninsula, after DPRK's top leader Kim Jong-un paid an unofficial visit to China from Sunday to Wednesday at the invitation of Chinese President Xi Jinping. US President Donald Trump tweeted later that there is a good chance that Kim will do "what is right for his people and for humanity."

"For years and through many administrations, everyone said that peace and the denuclearization of the Korean Peninsula was not even a small possibility," Trump said, adding he looks forward to his meeting with Kim.

DPRK has yet to officially confirm its interest in a summit between Kim and Trump.

Pyongyang's diplomatic outreach comes after an unusually provocative year where it conducted its most powerful nuclear test to date and three intercontinental ballistic missiles designed to target the US mainland.

Washington and Seoul have said Kim previously told ROK envoys that he was willing to put his nukes up for negotiation in his talks with Trump. However, DPRK has yet to officially confirm its interest in a summit between Kim and Trump. 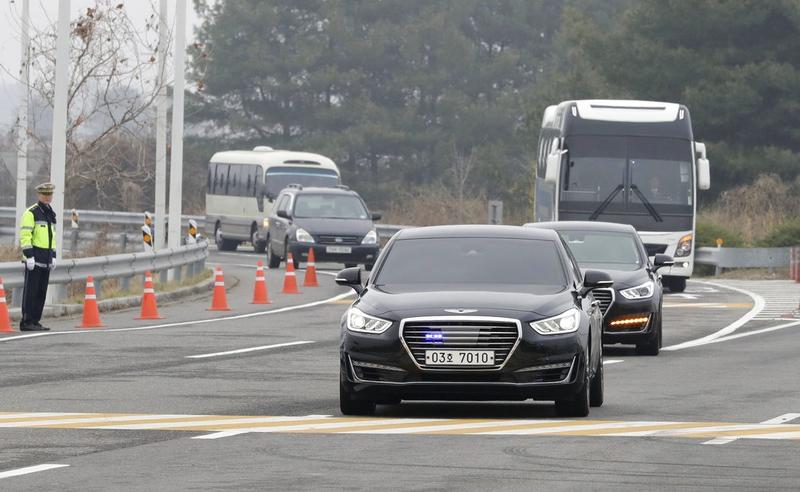 Vehicles carrying an ROK delegation approach the Unification Bridge, which leads to Panmunjom in the Demilitarized Zone in Paju, ROK, March 29, 2018. The delegation led by Unification Minister Cho Myoung-gyon held a meeting with DPRK at Panmunjom. (LEE JIN-MAN / AP)

The Koreas agreed to a summit when Moon's envoys visited Kim in Pyongyang earlier this month. The meeting followed a period of inter-Korean warmth over February's Winter Olympics in ROK, where DPRK sent hundreds of officials, including Kim's sister who met with Moon to deliver his brother's desire for a summit.

Using a subsequent visit to the United States, Moon's envoys also brokered a potential meeting between Kim and Trump, who said he would meet the DPRK leader "by May."

Meanwhile, Japan has sounded out the government of the DPRK about a bilateral summit, and Pyongyang has internally discussed the possibility of leaders' meeting with Japan, Japan's Asahi newspaper reported on Thursday. 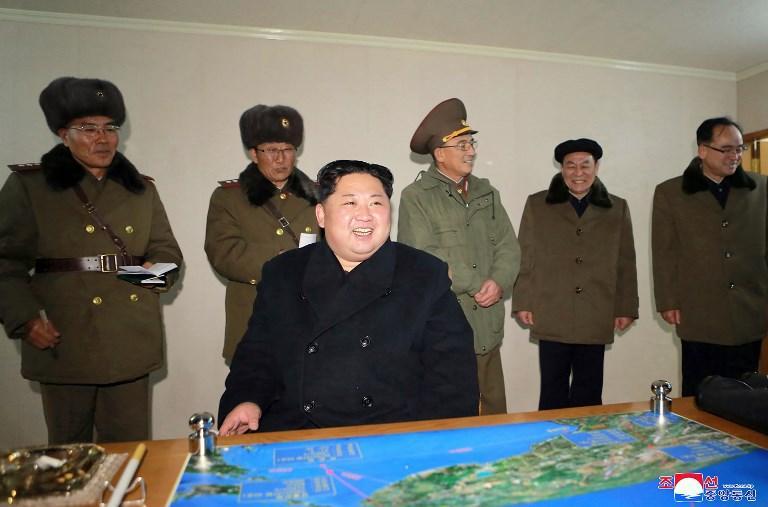 This photo taken on Nov 29, 2017 and released on Nov 30, 2017 by DPRK's official Korean Central News Agency (KCNA) shows the country's leader Kim Jong-un looking at launching of the Hwasong-15 missile which is capable of reaching all parts of the US. (KCNA VIA KNS / AFP)

"The Japanese government has expressed a wish to host a leaders meeting," the Asahi reported.

The newspaper, in an article from Seoul, said the Kim government had explained its bilateral diplomatic plans for the ROK, the United States, China, Japan and Russia.