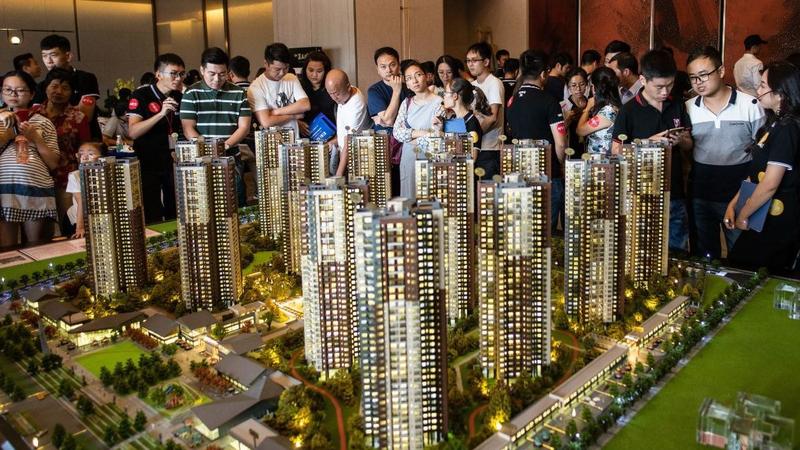 New home prices in four first-tier cities -- Beijing, Shanghai, Shenzhen and Guangzhou -- increased 0.6 percent month on month in April, up from the 0.2-percent increase in March, said the National Bureau of Statistics (NBS) in a statement.

Housing is for living in, not speculation

As for resold homes, prices in the four first-tier cities reported a 0.4-percent growth month on month, while those in 31 second-tier cities went up 0.6 percent, narrowing from the 1.2-percent increase in March.

A total of 12 cities reported month-on-month drops of resold home prices in April, up from 10 registered in March.

On a year-on-year basis, new house prices in April in first-tier cities grew 4.7 percent, while that for second-tier cities and third-tier cities rose 12.3 percent and 11.3 percent, respectively.

Other than Shanghai, major Chinese cities all registered higher resold home prices compared with a year ago.

Local governments, however, are unlikely to loosen property policies aiming at curbing the home prices that continue to heat up in consideration of the robust growth of home prices in the second and third-tier cities in the first quarter, according to a Moody's report.

Last month, a meeting held by the Political Bureau of the Communist Party of China Central Committee reiterated that the country should stick to the principle that "housing is for living in, not speculation."