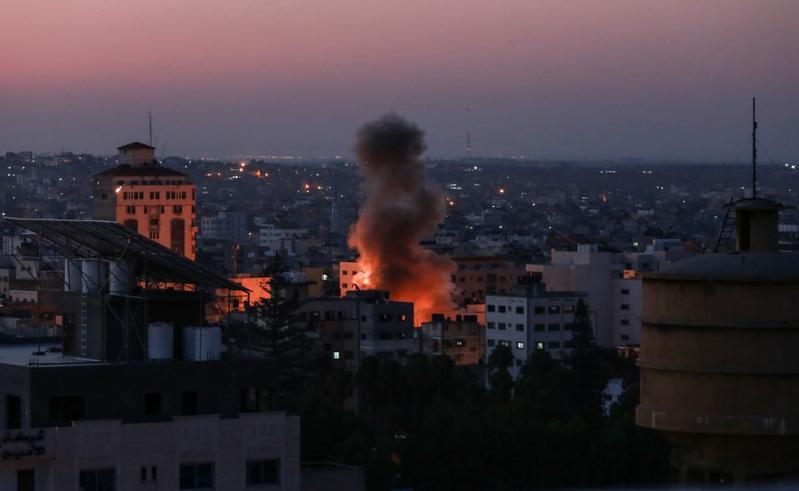 GAZA/JERUSALEM — Israel killed a top commander from the Iranian-backed Palestinian militant group Islamic Jihad in a rare targeted strike in the Gaza Strip on Tuesday, and militants responded by firing rockets at Israeli cities, including Tel Aviv.

Israeli officials described Islamic Jihad commander Baha Abu Al-Atta as "ticking bomb" who was responsible for a string of recent cross-border rocket, drone and sniper attacks and was suspected of planning more

In the most serious escalation in months, an Israeli missile attack also targeted the home of an Islamic Jihad official in Damascus, killing two people including one of his sons, Syrian state media said. Israel declined any comment on that incident.

"Israel executed two coordinated attacks, in Syria and in Gaza, in a declaration of war," Islamic Jihad leader Khaled Al-Batsh said at the Gaza funeral of Baha Abu Al-Atta.

Israeli officials described Al-Atta as "ticking bomb" who was responsible for a string of recent cross-border rocket, drone and sniper attacks and was suspected of planning more.

"We conducted the attack (on Al-Atta) because there was no other choice," Israeli military spokesman Lieutenant-Colonel Jonathan Conricus said. "I want to emphasise that we are not looking to further escalate the situation."

Al-Atta's slaying, in his home along with his wife, looked likely to pose a new challenge for Gaza's ruling Hamas faction, which has mostly pursued truces with Israel since a 2014 war.

Israel casts rising Gaza tensions as part of a regional struggle with arch-foe Iran that has also played out in Syria. Conservative Israeli Prime Minister Benjamin Netanyahu has cited such scenarios in trying to form a coalition government with centre-left rivals after two inconclusive elections this year.

Islamic Jihad said the target of the Damascus attack was the home of a political leader, Akram Al-Ajouri. His possible significance to Israel was not immediately clear. 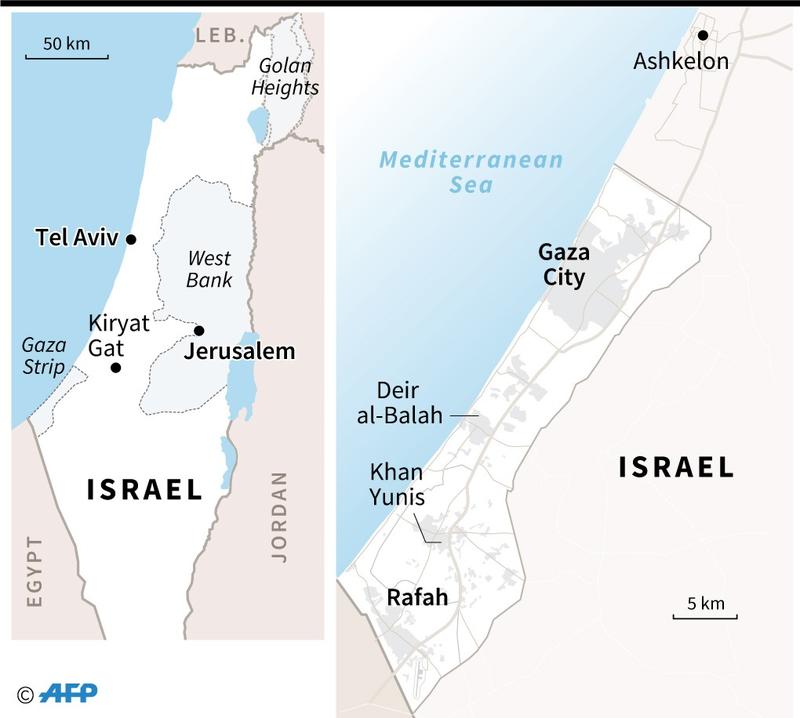 Palestinian militants fired dozens of rockets into Israel, setting off sirens as far north as Tel Aviv and prompting several municipalities to close schools. Similar precautions were ordered in Gaza.

Israel's banking regulator instructed banks in areas within rocket range to operate under emergency procedures, with essential staff only. The main Tel Aviv share index .TA125 was down 0.5%. The shekel ILS= was 0.2% weaker against the dollar.

A later Israeli air strike on two men riding a motorcycle in Gaza killed one and wounded the other, Palestinian residents said. Israel said the men were an Islamic Jihad rocket crew.

Israel "bears full responsibility for all consequences of this escalation," Hamas said in a statement, pledging that Al-Atta's death "will not go unpunished".

Syrian state media said the Israeli attack in Damascus had been carried out using several missiles, one of which was shot down over the nearby suburb of Daraya.

At the scene of the Damascus strike, a Reuters journalist said the top floor of a two-storey building had been completely scorched. A neighbour said he had been woken up at around 4 am by three consecutive explosions that had blown open the doors in his house.

Syrian state media said six people were wounded in the attack, describing the target as a civilian home in Mezzah, a western district of the capital where several foreign embassies are located.

In recent years, Israel has carried out hundreds of strikes in Syria against Iran and the Tehran-backed Lebanese Hezbollah group, which it calls the biggest threat to its borders.