Higuain and Buffon star at each end as Juventus beats Monaco 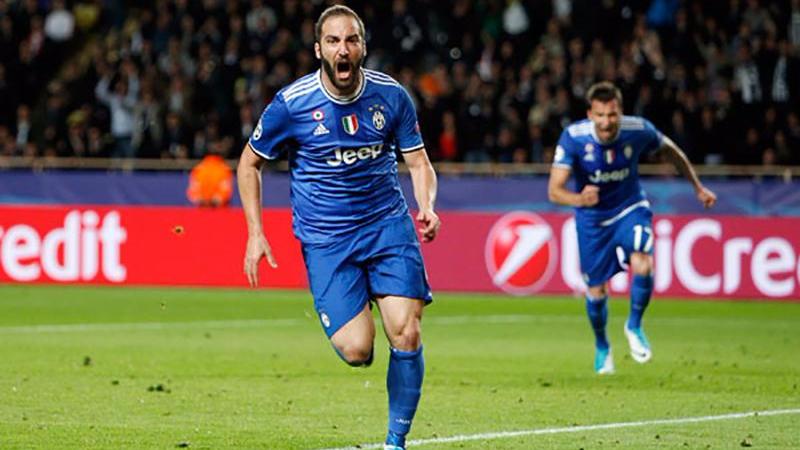 Juventus' Gonzalo Higuain celebrates after scoring during the Champions League semifinal first leg soccer match between Monaco and Juventus at the Louis II stadium in Monaco, May 3, 2017. (AP Photo/Claude Paris)

MONACO — Striker Gonzalo Higuain displayed some worth for his huge transfer fee and Gianluigi Buffon showed he is still priceless in goal, each starring as Juventus won 2-0 at Monaco in the first leg of their Champions League semifinal.

Higuain scored a goal in each half on Wednesday, doubling his tally from 24 previous matches in the knockout stages.

"Goals were not coming for me in this competition," said Higuain, who cost Juventus 90 million euros ($98 million) when he joined from Napoli. "I knew I just had to stay calm and keep working hard."

He did, relentlessly, at both ends of the pitch. Moments before his second goal, he was near his own penalty area, harrying and hassling Monaco's attack.

"When you want to win big games, you have to make sacrifices and track back," Juventus coach Massimiliano Allegri said, complimenting his star striker.

He had a special praise, too, for the 39-year-old Buffon on the goalkeeper's 100th Champions League appearance for the club.

Buffon made two early saves from Monaco striker Kylian Mbappe with the score 0-0, thwarted top scorer Radamel Falcao with a fine stop just after the break and denied Monaco a lifeline with a stunning finger-tip save over the bar from substitute Valere Germain's close-range header in the last minute.

"He's still No. 1 in the world," Allegri said. "He is always decisive in the big games." 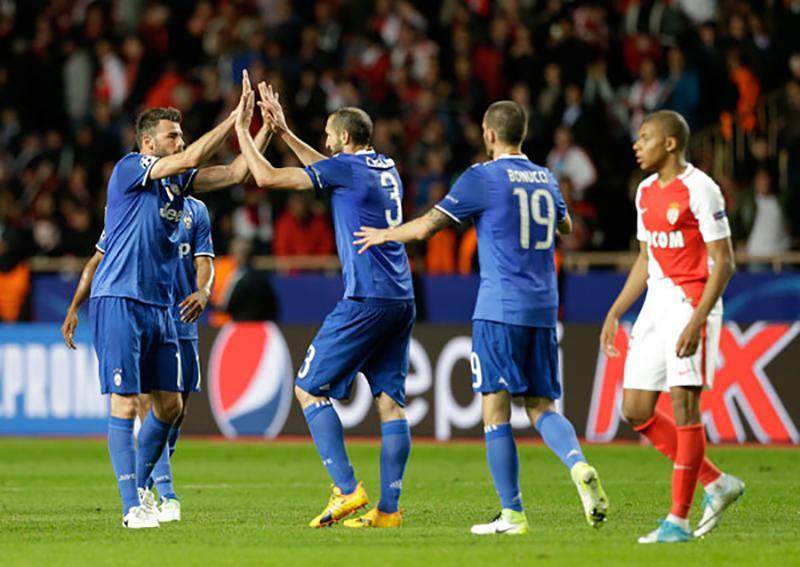 Juventus gave a masterclass in how to withstand pressure and then punish on the counter attack, with both of Higuain's goals coming after good Monaco spells.

"This could become an extraordinary season for us," Allegri said of his team's bid for a title treble.

Higuain pounced in the 29th minute, side-footing home after Dani Alves had latched onto his pass down the right before back-heeling the ball back to the Argentina striker as he sprinted into the area.

Higuain hadn't scored against Barcelona in the quarterfinals, and this goal clearly meant a lot.

The Juventus bench rose as one after Higuain slid in to turn home a deep cross in the 59th, with Alves again the provider.

The winner plays either Real Madrid or city rival Atletico, with Real heading into the return leg at Atletico with a 3-0 cushion thanks to Cristiano Ronaldo's hat trick on Tuesday.

Monaco's vaunted attack was blunted by a solid Juventus defense that has now conceded only two goals in 11 Champions League games. 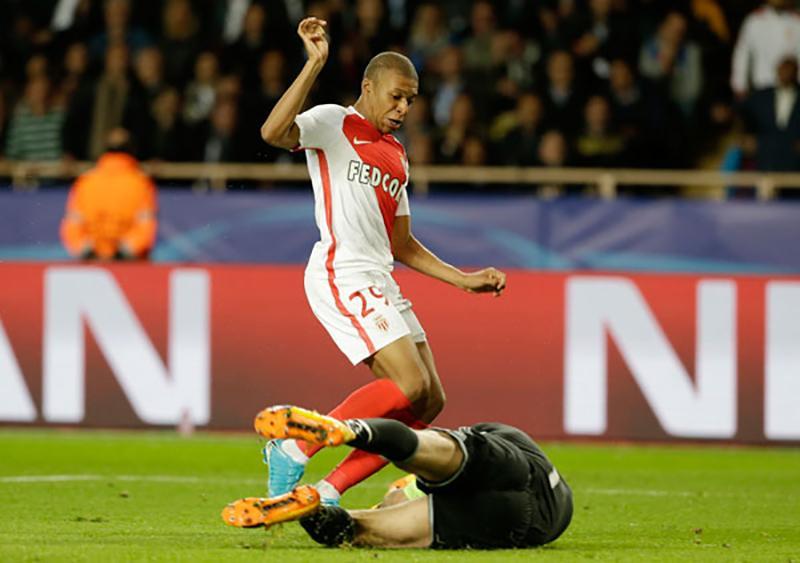 The sheer speed of Juventus' approach play took Monaco by surprise, prompting coach Leonardo Jardim to frantically gesticulate to his players early to close down their opponents higher up the pitch.

Forward Paulo Dybala's ability to roam between the lines baffled Monaco, opening up space for Alves on the right wing.

The first goal came just moments after Glik went down holding his face, urging his teammates to kick the ball out despite a promising attack building down the left.

It took the momentum away for Monaco.

Monaco attacked relentlessly after the break, with Buffon diving at the feet of Mbappe minutes after his save from Falcao.

"In every game I want to show that I deserve to play at this level, despite my age," Buffon said. "The day I quit, I want people to be sad about it."

Monaco found little success through the middle and so opted for speed down the flanks. But the Juventus defense often had every angle covered, and Buffon was there when they didn't.

"With two or three chances they scored twice, and from the same number we couldn't," Jardim said. "But that is also down to Buffon. He made two or three incredible saves."

It was a brutal lesson for a young Monaco team that is rich with flair, but was found out by two-time champion Juventus, which lost the 2015 final to Barcelona.

The difference in composure was highlighted by the second goal.

After defensive midfielder Tiemoue Bakayoko gave possession away carelessly down the right, Alves patiently waited for Higuain to change his initial run to the penalty spot, and lofted over a precise pass that fell perfectly into his path at the back post.

Higuain seemed to know it would land there: the instinct of a top striker.