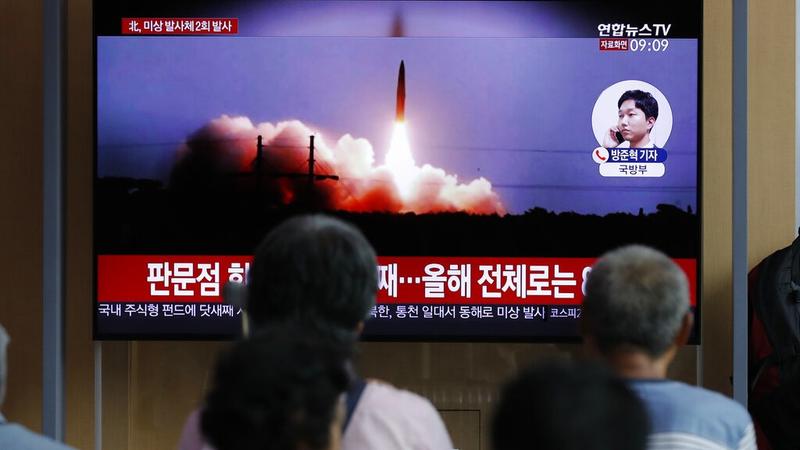 TOKYO — Pyongyang appears to be developing warheads to penetrate a ballistic missile shield defending Japan, the country's defense chief said on Tuesday, pointing to the irregular trajectories of the latest missiles launched by the Democratic People's Republic of Korea (DPRK).

Defense Minister Takeshi Iwaya said at a news conference that Japan believes the rockets were a new short-range ballistic missile, according to a ministry spokesman who confirmed his comments carried by domestic media.

Recent short-range missile tests by Pyongyang have stoked alarm in neighboring Japan even as US President Donald Trump has dismissed the launches as unimportant.

Saturday's test firings came a day after Seoul said it was ending a military intelligence-sharing pact with Tokyo, amid a worsening spat over wartime forced labor.

Iwaya and other Japanese officials called Seoul's decision "irrational" as the threat posed by DPRK grows.

Japan and the United States have Aegis destroyers deployed in the Sea of Japan armed with interceptor missiles designed to destroy warheads in space. Japan also plans to build two land-based Aegis batteries to bolster its ballistic missile shield.

Those defense systems, however, are designed to counter projectiles on regular and therefore, predictable, trajectories, and any variation in flight path would make interception trickier.

Detailed analysis of the latest DPRK launches was underway with the United States, an official of the Repbulic of Korea's defense ministry said on Tuesday.