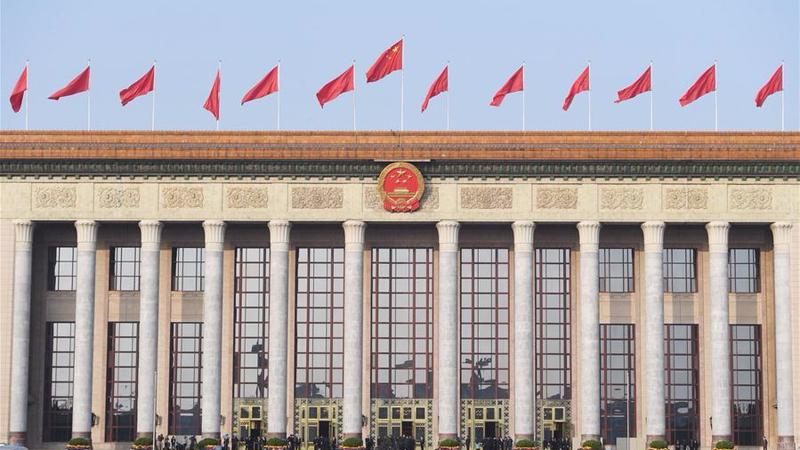 Delegates to the 19th National Congress of the Communist Party of China (CPC) walk to the Great Hall of the People in Beijing, capital of China, Oct 24, 2017. (SHEN HONG / XINHUA)

BEIJING - The 19th Communist Party of China (CPC) Central Committee issued a communique at the end of its three-day third plenary session, which concluded Wednesday.

The plenary meeting heard and discussed a work report delivered by Xi, who was entrusted by the Political Bureau of the CPC Central Committee.

The session adopted a list of proposed candidates for state leadership, which is scheduled to be recommended to the first session of the 13th National People's Congress (NPC).

It also adopted a proposed candidate list for the leadership of the National Committee of the Chinese People's Political Consultative Conference (CPPCC), which is to be recommended to the first session of the 13th CPPCC National Committee.

The NPC and CPPCC annual sessions are scheduled to open on March 5 and March 3, respectively.

According to the communique, the plenary session reviewed and adopted a decision by the CPC Central Committee on deepening reform of Party and state institutions as well as a plan for the reform.

The session also agreed to put part of the reform plan to the first session of the 13th NPC for deliberation in accordance with due legal procedures.