HONG KONG – There is no respite in violence the Asian business hub have been witnessing since early June despite the formal withdrawal of the extradition bill. Sunday marked another weekend when the city witnessed widespread chaos throughout the business district on the Hong Kong Island as the mobs targeted subway stations.

They pried bricks from the ground, threw those into the stations, removed roadside iron railings, and set fire to objects they gathered. They broke windows, damaged the interior and even set alight an exit of the Central MTR station.

READ MORE: Govt officials urge concerted efforts for a way out for HK

The vandalism continued from Saturday night when the violent radicals clashed with the law enforcers at several subway stations as the protests entered the 14th weekend.

A large number of protesters were seen back on the streets in the Causeway Bay shopping district. They chanted slogans which became popular during the three-month protest.

Some protesters were seen changing their dresses to avoid arrest following clashes in Causeway Bay. Some were seen holding umbrellas not to show their faces.

A large group of protestors have blocked carriageways on Hennessy Road in Causeway Bay. Police have deployed tear gas and used appropriate force to disperse protestors.

Police officers rushed in after demonstrators hid in a church at Causeway Bay. 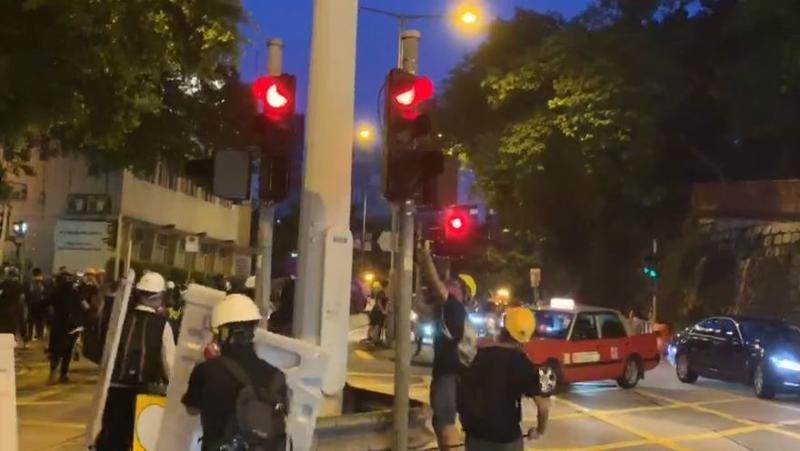 Several protesters were seen vandalizing traffic lights with iron poles in the Wan Chai district. Some of them were wearing yellow helmets and masks. 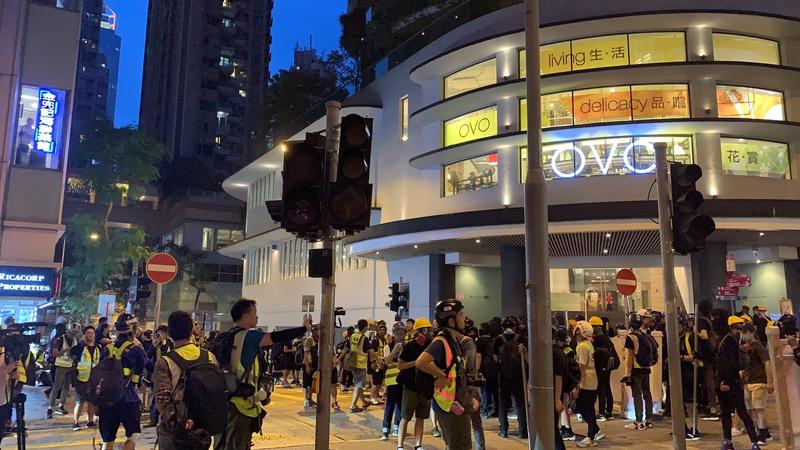 In a statement, police announced temporary suspension of the report room services of Wan Chai Police Station. Police appealed to members of the public not to obstruct the emergency vehicles access so as to avoid affecting the emergency services provided to the public. 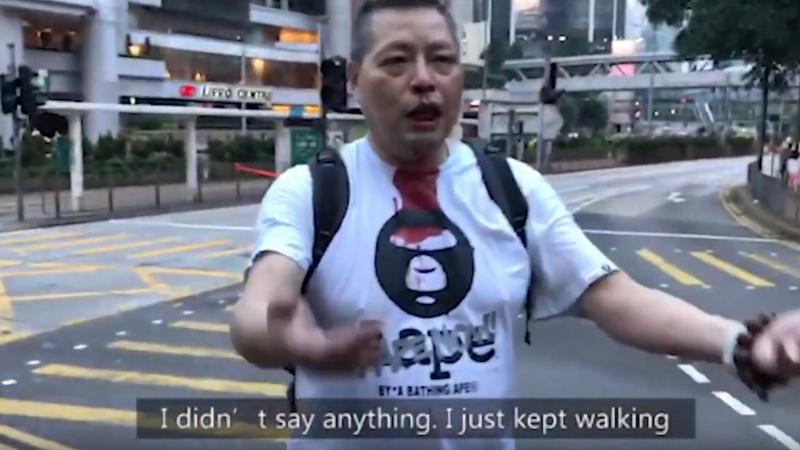 In a statement, police said large group of protestors gathered in Central and Admiralty areas.  They set fire at multiple locations in Central, damaged facilities of Central MTR station, and causing obstruction to the traffic.

“After repeated but futile warnings, in face of the situation, police officers are using appropriate force to disperse protestors,” says the statement.

A fire set by protesters burns at an entrance to the Central MTR subway station in Hong Kong, Sept 8, 2019. (PHOTO / CHINA DAILY)

Some protestors vandalized the exits of Central MTR station. They gathered items and set fire at exit K of the station as it remain closed.

A group of protestors headed towards Admiralty, and gathered outside Admiralty MTR Station.

A group of protestors blocked the carriageways at Connaught Road Central near the City Hall in Central, paralyzing the traffic, said police.

A group of radical protestors set fire at the junction of Pedder Street and Des Voeux Road Central. 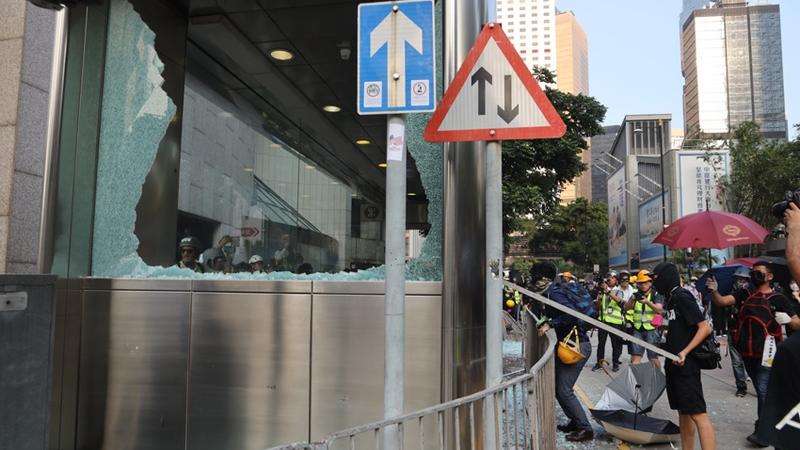 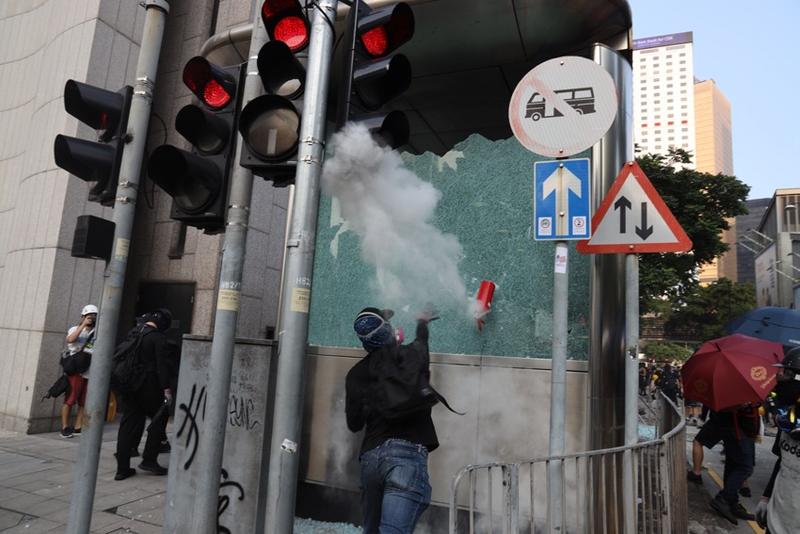 Violent protesters smashed the glass at some exits of the Central subway station. They sprayed protest slogans at several locations.

At around 4pm, the MTR Corporation announced temporary suspension of the Central station due to violence.

Hundreds of protesters, many black-clad, marched towards the US consulate. While waving US flags, the radical protesters sought US help in realizing their demands and played the US national anthem.