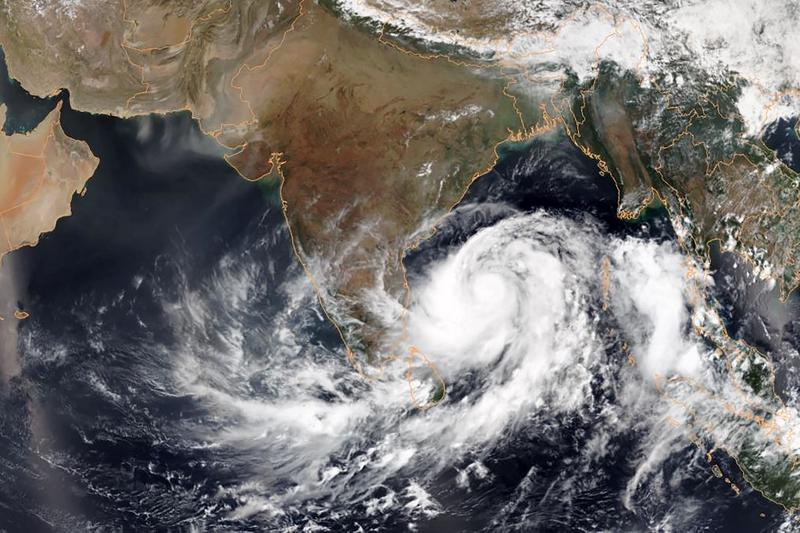 BHUBANESHWAR, India/NEW DELHI — India has evacuated more than 200,000 people along its northeast coastline by boat, bus and train ahead of a severe cyclone due to make landfall on Friday, with many villagers piling household possessions on to trucks before fleeing their homes.

Severe cyclonic storm Fani was lying in the Bay of Bengal about 420 km south-southwest of the Hindu temple town of Puri where special trains were put on to evacuate tourists and the beaches were empty.

In total, about 800,000 people are expected to be evacuated from low-lying areas of the eastern state of Odisha to cyclone shelters, schools and other buildings, authorities said.

Authorities have also shut down operations at two major ports - Paradip and Visakhapatnamon - and ships have been ordered to move out to avoid damage.

In Paradip, television footage showed residents piling bicycles, sewing machines and gas cylinders on to small trucks and leaving for any of nearly 900 shelters supplied with food, water and medicines.

Odisha state government has deployed hundreds of disaster management personnel, closed schools and colleges and asked doctors and other health officials not to go on leave until May 15.

India's cyclone season can last from April to December, when severe storms batter coastal cities and cause widespread deaths and damage to crops and property in both India and neighbouring Bangladesh.

In 1999, a super-cyclone battered the coast of Odisha for 30 hours, killing 10,000 people. A mass evacuation of nearly a million people saved thousands of lives in 2013.