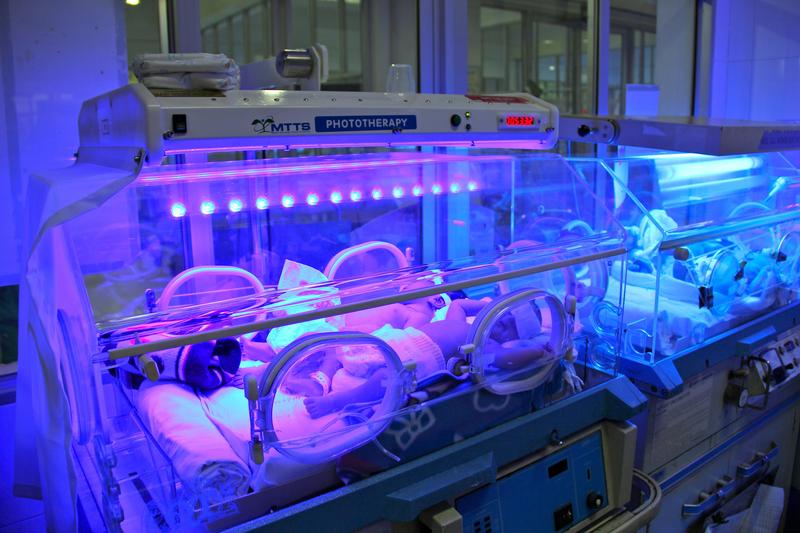 HANOI - The image of a white cloth covering dead newborn babies were shocking and vivid to Trang Tuyet Nga.

Shortly after returning from her studies in Denmark in 2003, Nga started to work for a US-based medical organization in Hanoi that connected doctors and foreign health care equipment designers. For her work, Nga went to the National Paediatrics Hospital occasionally, and very often she was left disturbed.

“There were infants who died because they had difficulties breathing, or because they were born immature, and the hospital didn’t have enough good medical equipment to keep them alive,” Nga said.

When I was in Denmark, I witnessed how things should work, how every child should have an equal chance for a healthy start. I wanted Vietnam to be like that in the future ...

Imported equipment was very expensive, she said, adding there were almost no machines helping doctors to treat babies born poorly. Some of the available machines, which were given in sponsorship by foreign organisations, were left wasting in the hospital’s storage because no one knew how to either operate or maintain them.

Nga, who didn’t have much knowledge of medical equipment, was encouraged to think of a way that she could help infants in her homeland.

“When I was in Denmark, I witnessed how things should work, how every child should have an equal chance for a healthy start. I wanted Vietnam to be like that in the future. When I returned to Hanoi, what everybody told me was that nothing could be done without money,” Nga said.

“Then I replied: Well, we have to start somewhere,” she said.

In 2004, she and three friends started MTTS, a partnership with the California-based East Meets West Foundation helping the Vietnamese company research and develop devices to treat the most common causes of death among newborns. She talked and persuaded her friend Kirk Evans a biomedical engineer, to come and help her out. Kirk started to work on the idea of creating affordable locally made medical equipment for neonatal intensive care.

They started working a respiratory support machine, a baby warmer machine for premature or sick newborns, and a phototherapy machine that helps newborn jaundice.

The cost of the first Continuous Positive Airway Pressure (CPAP) machines for respiratory distress syndrome was US$250, while imported ones were US$1,500, Nga said.

With foreign-made machines, the operation cost would be rather high when a tube that goes along with it had to be replaced every time the machine is used. With MTTS’s model, the tube can be reused after being sterilized after each use.

“We knew that high running costs were the real problem with medical devices in the developing world. Costs are usually transferred to the patients who absolutely cannot afford them. So, what we did was to reduce the machine running costs to a minimum which makes our devices very different from the competition, easier to use and long-lasting even in the poorest countries of the world,” Nga said.

The selling price was brought down thanks to having the team’s expenses under control; they hired only local staff and had foreign volunteers’ expertise as an advantage.

“Our local engineers were actually very skilled and talented,” she said.

The same year, MTTS started giving the machines to hospitals for free use.

ALSO READ: In Laos, breastfeeding benefits both mothers and babies

The company was named “Social Entrepreneur of the Year 2017” by Schwab Foundation for helping care for and save the lives of 1.4 million babies, including 105,000 in 2017 alone

In the first give years, the machines were provided to many hospitals thanks to the funding from the Denmark Embassy in Hanoi, the international women’s club and many other philanthropists.

“The beginning was not very easy for us, though. We had to spend lots of time fundraising and convincing people that our approach was worth investing in,” she said.

In 2007, the first CPAP was installed in a hospital in Laos, and from that time on, MTTS was known more in other countries.

“We continued to receive positive feedbacks, especially on the Firefly Phototherapry, which is used to treat newborns with jaundice. We feel so motivated,” Nga said.

In 2016, more than 180 devices produced by Nga’s company were provided to a number of hospitals in Myanmar as per the order of this country’s health ministry.

“With such orders, we began to have more capital to expand our business, and thus have more resources to go further with our research. That’s how we can save more children, our very purpose right from the start,” she said.

Now MTTS has sold over 4,000 products to 400 hospitals in 35 Asian and African countries.

Nga and her husband, Gregory, who is helping her directing MTTS, are working on a plan to produce a locally made incubator that would offer optimum comfort for the newborns.

"We’re working with the Hanoi University of Science and Technology on the product, and hopefully we can get the support from the Ministry of Health for this project," Nga said.

The company was named “Social Entrepreneur of the Year 2017” by Schwab Foundation for helping care for and save the lives of 1.4 million babies, including 105,000 in 2017 alone.

In partnership with the World Economic Forum, the Schwab Foundation for Social Entrepreneurship is a leading global platform that accelerates outstanding models of social innovation.

Klaus Schwab, the Executive Chairman of the World Economic Forum, and his wife Hilde created the Schwab Foundation 20 years ago. Since then, it has supported the world’s leading social entrepreneurs in their efforts to create a more just, equitable, and sustainable world.

Trang Tuyet Nga and Gregory Dajer will participate in the World Economic Forum on ASEAN meeting, sharing their insights and discussing the opportunities and challenges they face in the region.