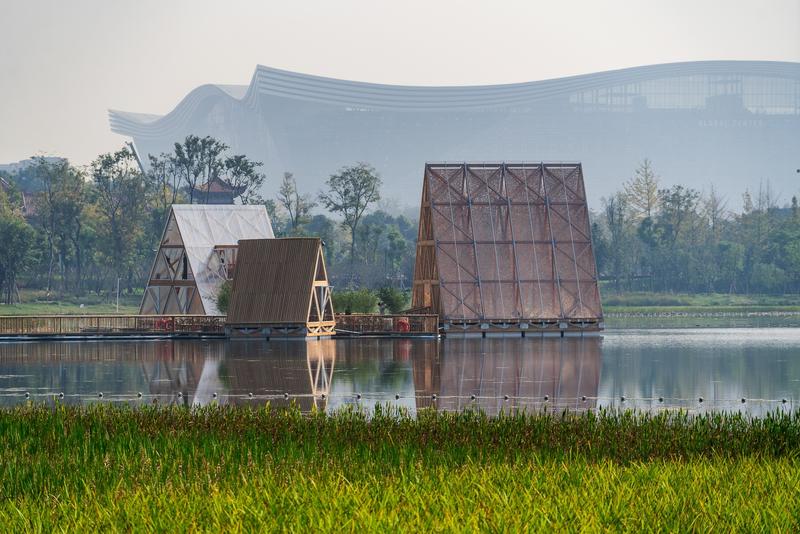 Nigerian Kunle Adeyemi says he doesn't aspire to create beautiful buildings but instead focuses on "tackling problems, providing solutions and harnessing opportunities". This ethos is manifested in the Makoko Floating School, a wooden, floating school and community center he built on a lagoon in Lagos in 2012. Adeyemi designed the structure to provide a prototype for waterfront communities worldwide that face rapid urbanization, rising sea levels and floods caused by climate change.

He sourced local materials and used endemic techniques in his project to provide sustainable, affordable housing.

An updated version of the school, called MFS II, was displayed and won silver at the 15th International Architecture Exhibition in Venice in 2016.

A third iteration, MFS IIIx3, has been assembled on a lake in a suburban wetland park in Sichuan province's capital, Chengdu.

Adeyemi calls the MFS series "an innovative project about innovation".

"Even if it is a minimally viable product, we take it to the next step," he says.

The project imagines a feasible way for humans to live on water－something that may become more common in the future. Adeyemi believes innovation also applies to social behaviors and can be infused with interest in adapting to climate change.

MFS IIIx3 has become a hot spot for shutterbugs, who are rushing to snap shots before its public display ends on Sunday, the closing date of the Cosmopolis #1.5: Enlarged Intelligence in Chengdu, featuring pieces by artists from various countries whose works address social, political and economic issues. 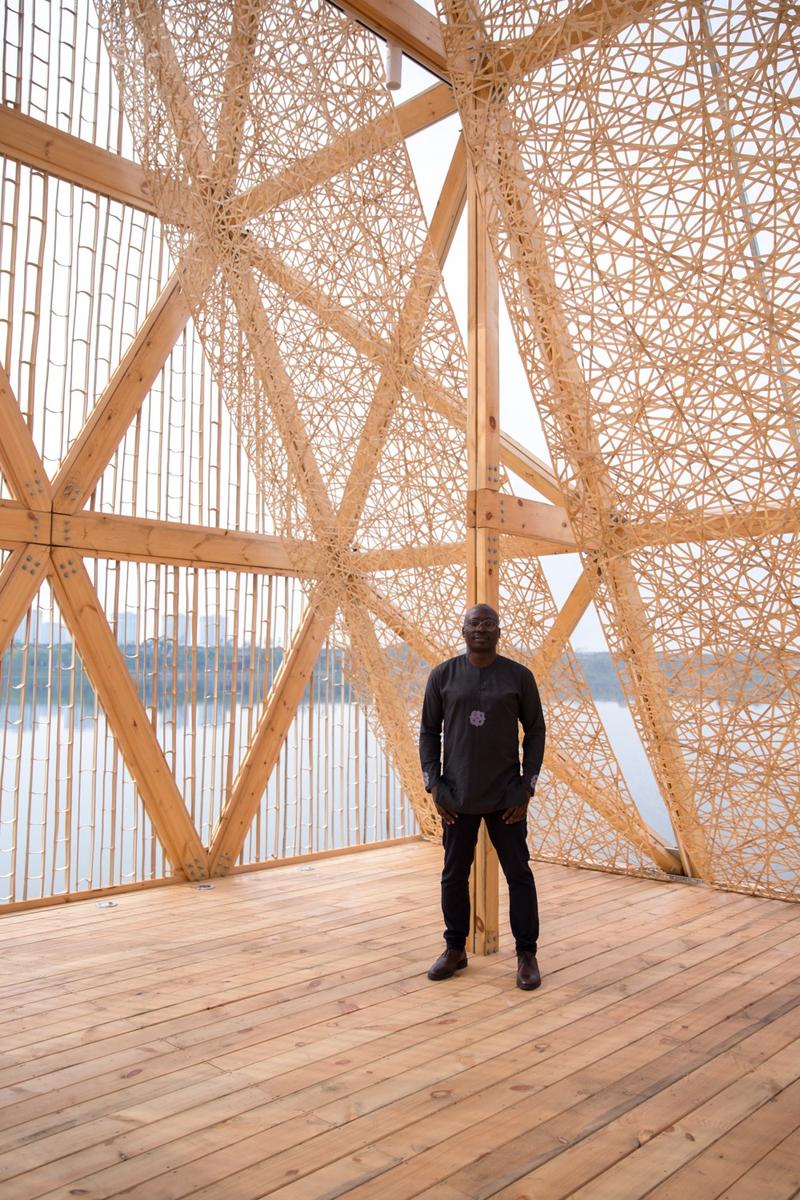 The event is presented by the Centre Pompidou as an international edition of Comspolis, an exhibition and research platform that the Parisian institution launched in 2016 to open a cross-cultural dialogue among artists and audiences. It's sponsored by the Shanghai-based Mao Jihong Arts Foundation.

The event includes exhibitions, performances and talks at various venues across Chengdu, as well as in the historical Jiajiang county near the city.

The main exhibition is staged at Eastern Suburb Memory, a creative-industry platform housed in a former electronics factory.

Over 60 works shown there dis-play collective wisdom on urban development.

"(They) inspire thoughts on the future of technology and its influence on urban life and ecology", says Mao Jihong, a Chinese fashion designer, entrepreneur and member of the Parisian patronage association, Friends of the Centre Pompidou.

Mao says Chengdu was selected as the host city because it's an emerging art hub that demonstrates "tolerance, modernity and potential".

The city is celebrated for its vibrant cultural legacy, and is home to artists, galleries and collectors.

Most artists featured in the exhibition are visiting Chengdu for the first time.

Mao believes their presence will produce "chemistry" with the city and residents. 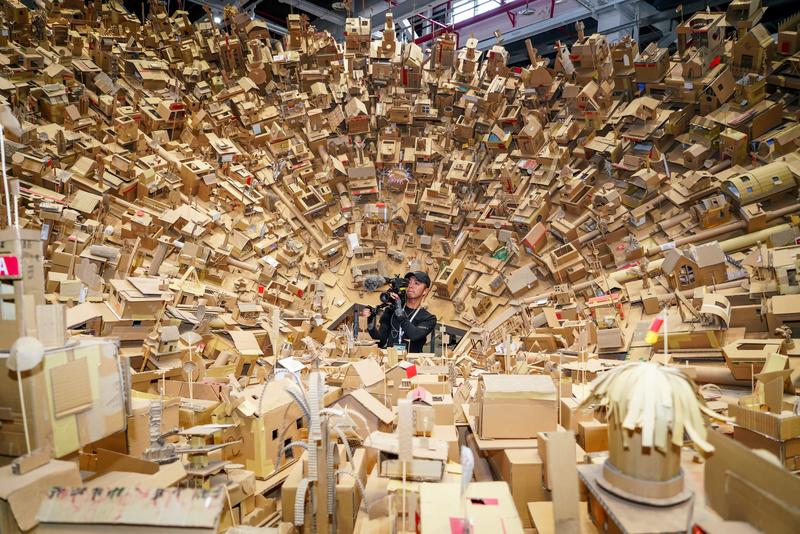 Filipino couple Alfredo and Isabel Aquilizan, who now live in Australia, started a series called Project Another Country in 2006, which they say explores the space, or mental state, that people feel between their home countries and current residences－that is, a sense of loose attachment.

They're presenting an installation series in Chengdu, entitled Here, There, Everywhere.

A "miniature community" of handmade buildings fashioned from recycled cupboards are densely arranged atop what appears to be a satellite dish.

It references modern societies' nomadic character, as people often migrate and form temporary communities in which a sense of belonging is ever-more elusive.

Many works at Cosmopolis #1.5 present globalization within the context of Chengdu.

Chinese duo Cao Minghao and Chen Jiangjun have been working on a project called After Re-Annotating a River since 2015. It examines the complex relationship between humankind and the ecosystem.

One piece in the series, Urban Studies, is a meter-long scroll featuring several drawings. It depicts the original state of Chengdu's ancient Shuijingfang area. The work is based on the artists' visits and former residents' memories. 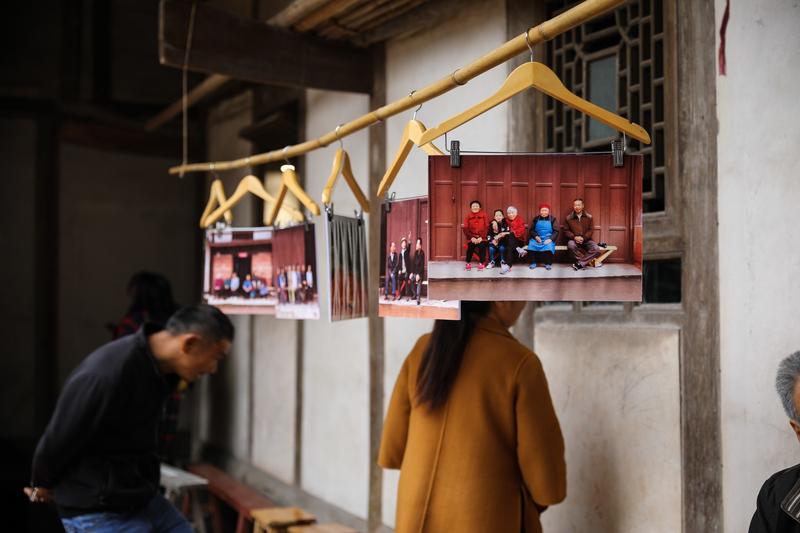 Ning says the works on show have specific implications for local viewers, who live in an urban metropolis in a populous province. They invite people to consider ways to make a city more cohesive and create shared memories distinctive to the place.